Presenting Hot Lava, the last story in the Playing with Fire series, by Anne Conley 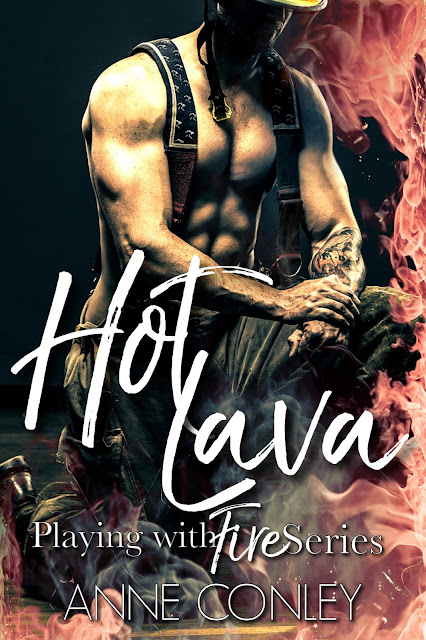 Logan never goes back for seconds. Had he known Katie lived in Pamona Gulch when they met, he wouldn’t have touched her. With their mutual acquaintances hooking up, she’s insisting they should be friends. Logan only has one friend, and it certainly isn’t the off-limits woman he’s lusted over for the last two years.
Katie is trying to get over Logan. Two years ago, he taught her exactly what BDSM could offer her, and now she’s stuck pining for a Dom who won’t even speak to her. When she gets involved with the wrong man, Logan is forced to step in, testing their newfound friendship and stretching boundaries.
Tempers flare when authorities capture the arsonist who’s been terrorizing the town. Will this new development snuff out the inferno burning in the background of this second-chance romance? Or does it only add fuel to the fire? 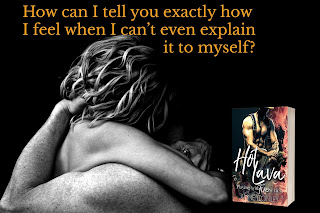 “I mean, Annette’s pregnant and talking about moving in with Jude. It doesn’t look like they’re breaking up anytime soon. And Joey and Vivian are a serious thing, like, family-style and all that.” Katie waved her hands around vaguely. “And don’t get me started on Zane and Lettie. That proposal was off the charts. I’ve never heard Lettie talk so much. Ever. She’s even talking about flying Zane to Gainesville to meet her Grandma.”
“I get it. Our friends are serious. You want us to be what?” Logan ignored the pain in his belly at the talk about the guys from the firehouse. Babies and marriage and families were things he’d resigned long ago to never have.
Her face softened, and something broke inside him. What would happen if he actually let himself love Katie the way she deserved? It was a thought he’d had before but knew it was fruitless. It would lead to wishes and unfulfilled desires, and he’d been down that road before.
“Different, Logan. I want us to be different. I’ve resolved myself to the fact we’ll never be together again, but you have to admit things have changed since you laid that rule in my lap in Albuquerque. We live in the same town. We have the same friends. We see each other regardless of what you dictate.” 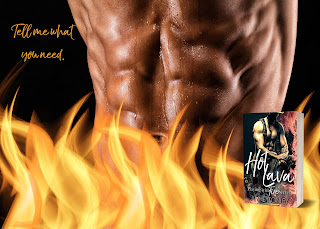 “Nothing’s changed.” The growl rose from Logan before he could stop it even though he knew she was right. Everything had changed, but he couldn’t reconcile that with what was in his mind. He knew things were different, but he couldn’t figure out how to change himself.
She laughed, a loud, boisterous, throaty noise that had Logan looking around the small restaurant. “You are so full of shit, Logan. Everything’s changed, and you can’t deny that. I’m just saying stop acting like I have some STD when we are in a group. I’m not looking for movie night and to invite you to girls’ night and shit. I just don’t see why you have to hate me for breathing.”
Did he do that? Was that really their problem? Logan knew it was him. He was trying to appease her sensibilities or some shit. He didn’t want to do things her way, and their friends were definitely making things hard for both of them. He heard the grunt before he realized it was him.
“I don’t hate you for breathing,” he muttered under his breath at his lap.
He knew he probably acted like he did because that was the asshole he was. Logan had always been the tough guy. Even before he’d discovered his Dom tendencies, he’d always been an asshole, his only friend being Elliot for years and years. Then he had come here and found a small tribe of firefighters. Not all of them, just Captain, Jude, Joey, and later, Zane.
And he was an asshole to them half the time too. 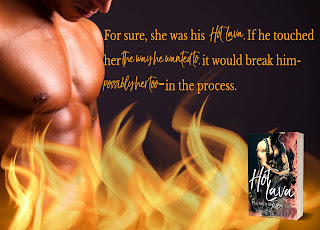 “So what do you want from me?” If she didn’t want movie nights and shit, she had to spell this out. He had no idea what to do with her—with or without their friends.
“Friends, Logan. That’s all I’m asking. Let’s be friends. We don’t have to hang out alone or anything, but when we’re with our friends, we are friends too. That’s all.” Katie’s eyes pled with him, and he realized how important this was to her.
He also realized what he’d done. The innocence and freshness he’d been so attracted to in the beginning was gone. And it was his fault. As she begged him to be her friend, he realized he was the reason the light had faded from her eyes.
That light he’d once loved.
If you guys haven't fallen in love with these firefighters yet, you can grab the books at any of the following retailers.

Get the other books in the Playing with Fire series! 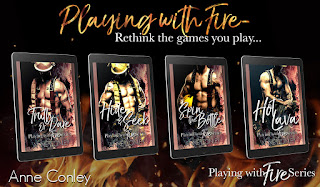 AND! If you want to read the quasi-prequel, and learn all about Elliot, the paramedic friend of Logan's, check out Fortune's Kiss

You can follow Anne everywhere to get the latest updates, exclusive snippets, and all the deals I forget to blog about.