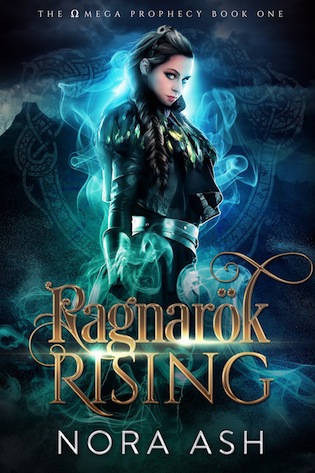 
Five possessive gods and the end of mankind. That’s my fate.
I always thought the end of the world was a myth. But then, I also thought Norse gods were make believe too.
They’re not.
Five of them are coming for me and claim I will only survive if I surrender to them, body and soul.
But they don’t realize it’s about so much more than carnal servitude. I am so much more than they could ever suspect. So much more than even I knew.
I am the only one who can stop Ragnarök from covering the world in ice and darkness. The only one who can save gods and men alike from annihilation.
And in the shadows lurks betrayal so deep it will change the fate of the world…

Nora Ash writes the sort of books that have your toes curling and your blood pulsing. Her stories are often dark and always thrilling, with lots of sexy bad boys and the women who spur their desires. When not typing away at a story, Nora paints, eats chocolate or go for hikes around the English countryside with her very own bad boy.
Sign up to get updated about new releases at: http://www.nora-ash.com/newsletter/