RELEASE TOUR: A Matter of War by A.L. Simpson

A MATTER OF WAR
by A.L. Simpson 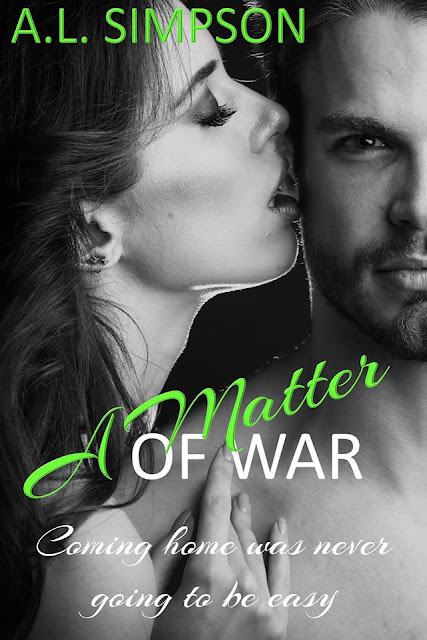 Jack was on the last few days of his tour of Iraq when his truck was blown sky high by a missile. He and his two marine buddies survived, barely. Clinging to life Jack and his buddies are flown home to the US.

Bree is a nurse who accepts a position at the Military hospital where Jack is a patient. Before he even opens his eyes, she realizes they have a special connection.

Greg is an owner of real estate and passionately disagrees with the US Involvement in Iraq.

Liz is a talented musician who hides a dark secret. She is riddled with doubts and fears about her feelings for Greg.

Can Bree help Jack adjust, come to terms with his nightmares or will he succumb to the darkness?

After suffering the horrors of war, Jack knew - coming home was never going to be easy.

Can these four very different people sort out their differences and find happiness?

Bree sat on a bench in the park and opened the paper to the Seeking Accommodation section. She was getting desperate. She had been in the hotel for more than a week and it was rapidly depleting her savings. The rents were expensive in the area near the hospital and she had no way of paying for an apartment on her own. She circled an ad in the paper. This one sounded perfect but she cautioned herself not to get too excited. A girl who had just graduated Uni, probably around the same age as her, needed someone willing to share an apartment. As luck would have it, the area was close to the hospital where she’d secured a job. Bree took her cell from her purse and with trembling fingers, tapped in the number she had circled.

“Hello?” The voice on the other end sounded shy, almost uncertain.

“Hi, my name is Breeanna Patterson, everyone calls me Bree,” she said, trying to get down to business quickly. “You posted an ad for a roommate?”

“Can you tell me why you need to share?”

“Well,” Liz said, sounding more confident as the conversation progressed. In the background, Bree could hear Katy Perry. “I recently graduated from music school was lucky enough to get a position playing my viola in the National symphony.”

“Wow, you must really be good. That’s impressive for a recent graduate. Do you earn enough to live on?”

“Almost,” Liz sounded sheepish. “I tutor a few private students as well. But, housing here is so expensive…”

“Tell me about it,” Bree replied. “Makes perfect sense that you need someone to share.” Hopefully it would be her. 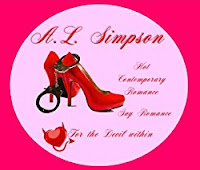 I have always loved to write and have a vivid and overactive imagination.

In my spare time, when I’m not writing, I love to walk, read and shop.

I believe no mountain is too hard to climb, no river is too wide to span and no journey is too difficult to complete. I follow my dreams and I urge and encourage others to do the same.

With a positive attitude, the impossible can become possible.