RELEASE TOUR: Life Without You by S.P. West

LIFE WITHOUT YOU
by S.P. West 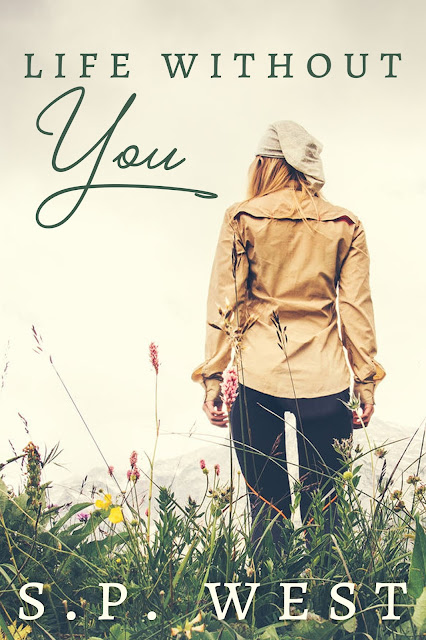 Once upon a time in a land not so far away, a man and a woman fell in love. They were very happy. Until one day they weren’t – their happily ever after disappeared.

This is their story.

Summer
Have you ever been in love?
The kind of love that leaves you breathless and makes you feel like you can fly?
I have…. It was the biggest mistake of my life. I let him become my everything; my sun, moon and stars but that wasn’t enough for him.
What he did nearly destroyed me.
My husband’s betrayal taught me the hard way that once trust is gone, it can never be regained. He won’t ever be part of my life again.

Alex
If I could sum myself up in one word, just one, then personally I’d pick fool. Misguided, dumb fool.
I made a mistake.
A mistake so big that the future I had planned out with the love of my life vanished in the blink of an eye. I didn’t see it at the time. That would have been too easy, by the time I realized what I lost it was too late. It was my own fault; I can’t blame anyone else. Because of it I lost the one woman that meant everything to me.
But I’m telling you now if fate ever gives me a second chance with her……I swear I’ll never let Summer slip away from me again. 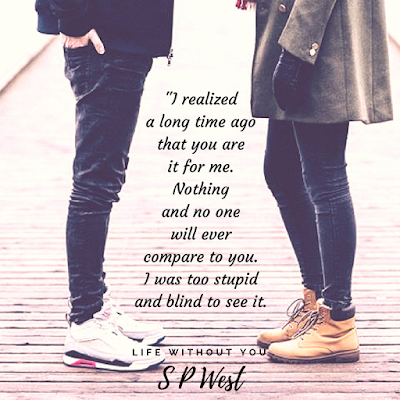 Last night Sergei and Dax had shut the café to the public, holding a surprise going away party in my honor. It was a bittersweet event with a touch of drama thrown in. Many of our regulars came as well as all the staff. I spent most of the first hour crying as I said farewell to all the people who’d become like family to me. When it came time to say goodbye to Sergei he’d held me tight for what seemed like hours and as we parted, I saw unshed tears in his eyes.

“I’ll miss you, my English rose,” he said in his strong Russian accent. “You come back. You have job,” before abruptly walking away from me. Always a man of few words. After Sergei had left Dax jumped in, crushing me to his body.

“Stay sweet cheeks, we’ll look after you,” he whispered in my ear as he hugged me.

“I can’t Dax,” I managed to croak out to the man who’d been like a brother to me.

He leaned back moving his arms to my waist; his eyes red and his handsome face puffy. “I know Lime Pie, I know.” he said sadly. “Doesn’t mean I wouldn’t try. I…. we’ll miss you.”

“Don’t...” My heart was breaking over again. I was giving up my life, my home, and my friends all because my dickhead husband, ex-husband, couldn’t keep it in his pants and had taken me for everything that I had.

“I hate him you know, Sergei and I both do. For what he did to you, for him taking you away from us. We decided that he’s banned for life, we’ve even printed up a poster with the ass-hat’s face and name on it to put in the cafe to remind all the staff. Oh, and I did the same for that Bitch.” For the first time since this whole sorry mess began, I felt myself smile. I couldn’t bring myself to speak, couldn’t communicate to him the over whelming sense of sadness that came over me at the thought of leaving my friends behind.

“And don’t forget, we’ll come visit you. You can take us to see the sights.” His voice cracked as he tried to keep his emotions under control, “I expect tea at the Ritz and a shopping trip to Harrods young woman!”

I looked at this man. This wonderful, kind and generous human being, who’d given me a job when no one else would, despite my ineptitude, who had made me laugh on a daily basis and who had shown me true friendship. No matter what life had thrown at him, he always had a smile. I realized then that I should take a leaf out of Dax’s book. I had to let go of the hate, to turn it into indifference. Otherwise, it would eat me up inside, make me bitter. 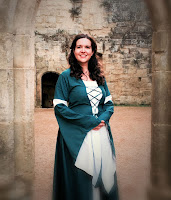 My name is S.P. West and I’ve just finished writing my debut novel, Life Without You.

It’s a contemporary romance about betrayal, heartbreak and reconciliation but ultimately it’s a story of true love.

I would love to keep you updated as I go so please feel free to keep checking back or to sign up to my blog. You will get sneak peaks of chapters, teasers and the cover! I will also be holding a competition to win an arc (but that is much further in the future!).

So a little bit about me? 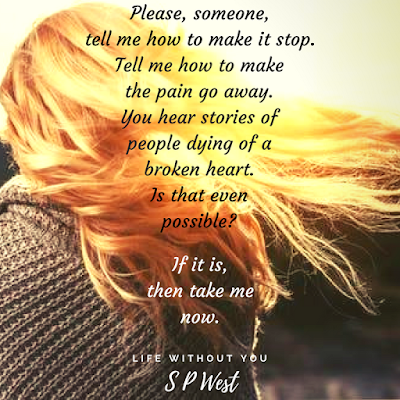