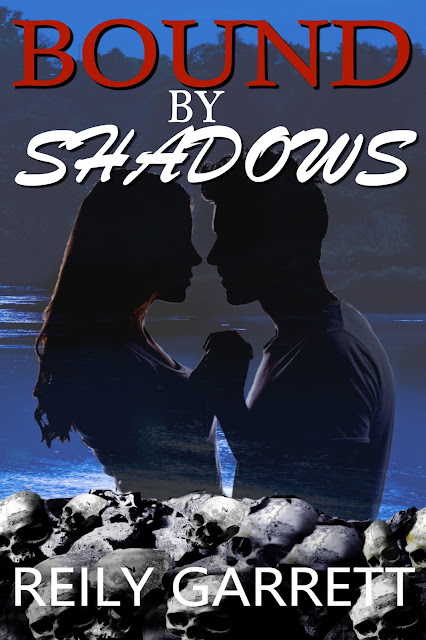 The architect of fear employs many forms.
Kidnapping and murder never crossed Kaylee’s mind when seeking a fresh start in Portland, a new beginning to shed the remnants of tragedy dogging her steps. After escaping from an underground cage, she fights to stay one step ahead of the killer bent on silencing his only witness. Kaylee.
Two months after dodging a sociopathic murderer’s best efforts, Caden McAllister flounders within a social sink hole, unable to move forward, too stubborn to step back. Guarded and wary, the private investigator’s stagnant lifestyle detonates into chaos when a battered and bloody young waif stumbles into his care.
Framed for a murdering a past lover, Caden must clear his name and overcome his charge’s doubts while keeping her out of the sex-slave trade. When betrayal ends with Kaylee’s re-capture, Caden must conquer his past and risk all or lose the one he has come to love.
Murder, mystery, underground tunnels, and romance are intertwined in this standalone romantic thriller, the second installment of the McAllister Justice Series. 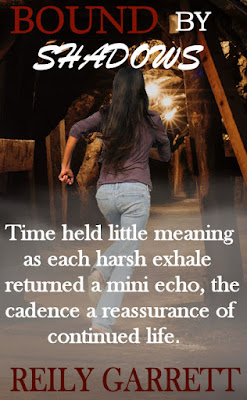 Confusion and pain intertwined to delay Kaylee’s escape from the depths of a nightmare. Her subconscious’ attempt to alert her to some horror or another had been common the past two years, but this time the warning came with physical characteristics she couldn’t ignore.
The pain was an unwelcome element for which she could not account.
Cozy flannel sheets had never felt so rough under her cheek, nor had her head ached from a glass of wine. Despite the tomboy tag since adolescence, she appreciated certain creature comforts. The rough material scratching her face didn’t number among them.
A quiet foreboding swelled within that fuzzy twilight between the dream state and the hazy stages of surfing to consciousness. Sleep would be welcome if not for the musty odor and an undefined menace crowding her mind. Her brow furrowed as her pulse increased, awareness mounting with each painful throb.
Why is there dirt in my bed and what the hell is wrong with this mattress?
With each erratic contraction of her heart, the tension in her head increased, ratcheting like the shell around a drumhead until pain reverberated along every nerve. In grim anticipation, she reached to touch her temple. A crusty line of fibrous, threadlike strands crumbled in her brow line and snaked down to her ear.
Blood? What the hell?
Moving back to Portland had entailed a certain degree of compromise, yet shouldn’t include a cotton-mouth morning. This was too much. A light finger-comb revealed a large tangled knot and a painful lump over her ear.
Did I fall off the mattress and hit my head?
“Hey, kid. Wake up, damn it. Hurry.”
The harsh whisper embodied urgency and desperation that replicated and swelled within her chest.
What the fuck? The voice in her head wasn’t her own. Enlightenment would come after punching through the suffocating fog and fully emerging in the suddenly hostile world. Stabbing pain accompanied the dingy light spearing her eyes after cautiously lifting one lid.
A blur of flashbacks included sitting in an outdoor riverfront café enjoying the sunset with her favorite camera nestled in her lap. Snapping the riot of colors slipping into the ocean had equaled the day’s highpoint, nature’s way of assuring her she’d made the right decision in moving to Portland.
Now, for reasons evading memory, her gaze soft-focused on a scene defying logic.
“Kid, open your eyes before it’s too late. Grab the small rock by your head. Hide it behind you.”

Okaaay, evil mini me is crazy, and I will never drink wine again.
Five minutes of silence would help her collect her thoughts and allow time to search her virtual portfolio for whatever was causing the nausea-producing pests in her brain and stomach. Each vied for the position of top party host. Intuition whispered taking that time would be her undoing.
Instead of the distant hustle and bustle of city life swarming her senses, Kaylee found the intense quiet more disturbing than the harsh whisper. “Wait...what rock?”
Fragments of her surroundings wavered in and out of focus. Brick walls smeared with dirt were partially visible through the horizontal bars.
Horizontal bars?
She reached with shaking fingers to touch the rusted metal cylinders then tried to rattle them. They didn’t budge. A cramp in her thigh from resting in a semi-fetal position grew in intensity while her feet crowded against hard, cylindrical surfaces and prevented her from stretching out.
More bars.
She didn’t have the strength to yell.
The quick, indrawn breath was also not her own. “C’mon you stupid kid. Knock that off, or we’re both dead.”
A shower of dirt sprinkling her face and hair made her cough, the resultant sandy inhalation perpetuating the cycle.
The collaborative dream, having taken a southern turn into hell, brought another wave of anxiety along with nausea. Each of her senses plunged deeper into a dark abyss, taking logic and rational thought through a twisted, interactive roller-coaster ride.
Disorientation, chaos, and the first stirrings of panic took root like a well-fertilized seed that sent its growing tendrils sliding deep within the earth.
Loose dirt and small rocks covered the hard base and abraded her shoulder as she moved to a cramped position on her back. The changed perspective brought enlightenment.
That’s why the bars were horizontal.
“Fuck.” Details assimilated sluggishly. Dirt-covered metal comprised a bed, but it wasn’t in her apartment. Walls of brick as seen through her cage, lack of windows, and stale, dank air, pointed to an underground zip code.
Micro currents ferried a thick, putrid scent and muffled the faint, eerie groans of venting tunnels.
“What’s your name?” Again, a whisper twisted with annoyance and despair saturated the air.
Halting breaths and extreme concentration staved off the blind terror threatening her sanity.
“Kaylee. My name is Kaylee.” Slowly, she searched for the irritating heckler.
“Listen up, Kaylee. The bastard who took you is gonna be back soon, probably looking for a bit of afternoon delight. And he won’t be asking. He kidnapped you, too. I don’t know why.”
Kaylee’s befuddled mind took in more of her surroundings, low ceiling, dirt floor, cramped, cave-like room, and the caged, bedraggled woman three feet away. Purple and black surrounded her right eye and busted lip. Her shirt front hung in tatters, the ripped flannel exposing a large bruise above her breast.
“How long have we been here?” A torch along the wall cast flickering shadows over the adjoining cage, just short of her own.
Flickering—indicates an air current.
“The last thing I remember is shopping.” Tears trailed down the petite blonde’s mud-streaked alabaster cheeks which sharply contrasted the bruises marring her face.
“There’s a slight breeze coming from—that way.” Kaylee strained to see where the tunnel led. Pitch black. Some apparitional entity scuttled in the darkness beyond the seedy illumination and left the impression of ghostly stalkers. Stalkers that chittered in the dark. I’d rather see the boogeyman than rats. “We seem to be in an underground room?”
“Yeah. I think so. I woke up just like you, but the bastard tied my hands before my head cleared.” A sob choked further words as the victim’s wide eyes flickered around the room.
A cursory exploration of the small perimeter marked the filthy, tight confines, then the small, sharp-edged rock which fit in her palm. Instinct saw her sliding it behind her. Mud covered her jeans and colored her T-shirt and jacket. Bathing was the least of her worries.
“Someone slipped us a roofie.” Bruises, tattered flannel, and bound wrists conveyed the woman’s recent past.
Kaylee’s continued scrutiny yielded no clues of how to escape her dilemma. Even if she could squeeze her hand and arm through the bars’ two-inch gaps, she didn’t have the strength or leverage to break the heavy-duty padlock securing her prison.
“Yes. Yes. But at least you’re not tied up, yet.” The girl lifted her hands to reveal a double loop, plastic cuff. “See if you can break out.”

TENDER ECHOES
A Dark Prequel to Digital Velocity
Theft of spirit is no one’s birthright.
A quirk of her X chromosome furnished Alexis with an edge few others enjoyed. After fate plunged her into orphan status and an intolerable foster home forced her to the streets, a group of prostitutes sheltered her from their vicious pimp. Seeing something special within, they nurtured and shielded her from their harsh reality until she could forge her own path in life.
Destiny frequently takes us back to our roots. Lexi’s return journey begins when a serial killer attacks one of her adopted sisters. Relying on courage and wit, she must stay a step ahead and secure evidence to free her family from a psychopathic murderer.

DIGITAL VELOCITY
Book 1
The deadliest weapons are the ones we never see. Keyboard prodigy, Lexi Donovan has risen from teenage orphan of the streets to complete independence with little help along the way. When a pervert threatens her friend, she sends an anonymous message to police, leading to a firefight that leaves a cop wounded. Detective Ethan McAllister’s well-ordered life turned upside down the day an obscure text message led to a sexual predator’s identity and arrest. Since then, Callouston PD’s finest can’t trace the elusive hacker. The latest tip leads him to a brutal mutilation and a riddle indicating the identity of the next murder victim. The dark net houses a playground for the morally depleted and criminally insane. When Lexi discovers the killer’s digital betting arena, she finds herself centered in a cyber stalker’s crosshairs, a psychopath bearing equal talent. Street life strengthened Lexi while toughening her protective shell, but nothing could shield her from the shrewd detective forging a path to her heart.

Reily’s employment as an ICU nurse, private investigator, and work in the military police has given her countless experiences in a host of different environments to add a real world feel to her fiction.
Though her kids are her life, writing is Reily’s life after. The one enjoyed…after the kids are in bed or after they’re in school and the house is quiet. This is the time she kicks back with laptop and lapdog to give her imagination free rein.
In life, hobbies can come and go according to our physical abilities, but you can always enjoy a good book. Life isn’t perfect, but our imaginations can be. Relax, whether it’s in front of a fire or in your own personal dungeon. Take pleasure in a mental pause as you root for your favorite hero/heroine and bask in their accomplishments, then share your opinions of them over a coffee with your best friend (even if he’s four legged). Life is short. Cherish your time.