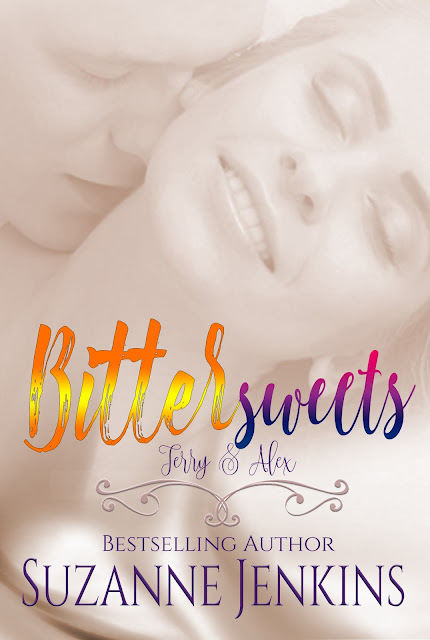 A one night stand segues to a weekend of passion, leading to a lifetime of romance in Bittersweets – Terry and Alex.

A Philadelphia lawyer, tired of making the same relationship mistakes, falls in love at last, and with the advice of her aging father, Harry, traverses the mysteries of romance and heartache.

Bittersweets: Terry and Alex is the first stand alone in the saga, introducing you to Arvin and Tina, Brenda and Larry, Rick and Jason, Mrs. Dell, and the rest of the cast.


Autumn rain hit the round window. Sheets of water slid down the glass obscuring the view, but Terry Kovac gazed out anyway. The window seat where she sat was the perfect place for reflection and contemplation. Coffee long grown cold, stirring it served a purpose, and she lifted the cup to her lips for a sip. The cold, bitter liquid brought her back to reality.

Although nothing had happened yet, a strong feeling of the future came over her; not of apprehension dread, but something positive, of change looming ahead, the next chapter of her life about to begin.

The wall phone in the kitchen rang, the appliance a throwback to another time, and she let it go to voicemail. If the caller was anyone who knew her well and cared about what she wanted, they’d call her cell phone first. Waiting, she heard the click of the old fashioned answering machine.

“This is Terry, leave a message.”

“Hey babe, it’s Arvin. Give me a call before noon if you want to ride out to Oscar’s with me. I’m leaving at one. Talk to you later.”

Oscar was Arvin’s biker friend, an aging hippie who Terry felt used Arvin. Shaking her head, Arvin knew she disliked Oscar, and the act of calling her on the house phone was his passive aggressive way to justify saying later, “I called you and you never returned my call. I didn’t want to go alone, so when I didn’t hear from you, I asked Gloria.”

Or Laura, or Kathy, or any one of his group of women who had such compelling personalities that he couldn’t give them up.

She got up off the window seat and took the cup into the kitchen, dumping the coffee in the sink. A fresh cup poured, she returned to the living room to sit at the window. Then her cell phone rang. Picking it up, she saw Arvin’s number and answered.

“What? None of your other babes could go?” she asked.

“Ha! No, I actually had a change of plans. I’m leaving now. Do you want me to swing by?”

He’d never gone out of his way to drive up to her apartment in all the years they’d been seeing each other. She wondered what had possessed him now.

“No, I’m staying in today. Besides, it would be out of your way. Have fun, tell Oscar I said hi,” Terry said.

“Right, I’ll let you tell him that yourself,” Arvin replied, laughing. “I’ll talk to you later.”

Before she sat down again, she got a pen and her journal. Desperate to make a change, her logical thinking in matters of the heart had disappeared where Arvin was concerned, and it had been that way since the beginning of their relationship.

Brenda, Terry’s best friend and also a lawyer working as her clerk, introduced her to Arvin. Both Arvin and Brenda’s husband, Larry, were ER doctors at one of the big hospitals in the city.

“Let me introduce you!” Brenda begged. “You’ll love Arvin. He’s so much fun, and he’s easy on the eyes, too.”

Now, after the thrill had worn off, his charms were not enough to cover up his inadequacies. Terry needed to decide about Arvin in her life. Making a pro and con list wasn’t very scientific, but at least it would help her to see things in black and white. Sitting down again with her journal, she wrote Arvin at the top of the page. On the left she wrote Pro, and on the right, Con.

A trip to the emergency room leads to a whirlwind romance for Philadelphia law student Brenda and ER physician Larry. Head over heels in love with Brenda, nothing can disturb the love he has for her, not even a dark secret from her past.

Suzanne Jenkins Bio Suzanne writes page-turning contemporary romance, mystery, and women's fiction with passionately gripping characters that stay with readers long after they turn the last page. The Detroit Detective Stories, beginning with The Greeks of Beaubien Street are a reflection of American fantasy with historical reality. Pam of Babylon books consistently rank in the Top 100 Best Sellers in American Drama with over 500,000 downloads. A retired operating room nurse, Jenkins lives in Southern California. 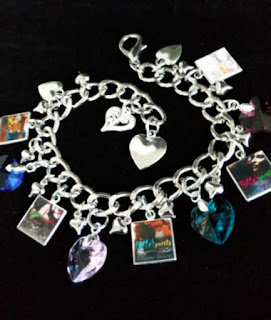