L@@K at ME! A Bad Boy Billionaire Romance (Books 1-6) by Shayne Ford #GIVEAWAY

This is a story about love, taming hearts, growing up and changing. It is about a good girl corrupting a bad boy, who turns her into a bad girl. And then, it’s about a bad girl, who brings the bad boy to his knees.

Rain meets James for the first time, fresh out of high school. Fascinated by him, she wants him to be her first man, someone she can never forget. At twenty-five, James is a ruthless, powerful, wealthy man, who’s never had feelings for a woman and wants to keep things that way.

He has two handsome best friends who are also his business partners.

This is NOT a conventional, linear romance. Expect a bit of a mess, dirty bits, other people, cliffhangers and twists of situations. 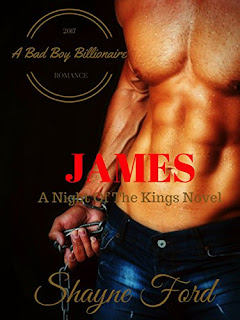 Nobody knows where they come from.

Some people say they travel from the other side of the hills, where the wealthiest estates of the county share the beautiful scenery of Aspen and the well-guarded privacy of big money, but they could drive from farther away.

They come with the first whispers of the fall when the days are still warm, and the light looks like golden honey pouring slowly in a jar of glass. When the nights grow cold, and the leaves flutter in the wind under the vault of the cerulean sky. When homes like mine and Eve’s smell like cinnamon and apple pies, and smoke drifts from the piles of leaves burning outside.

But some people swear they see them all year round. Mostly at night, and almost never during the day, and that’s why it’s so hard to believe.

As they sweep through town, the whispers become murmurs before they turn into gossip, the stories, old and new, resurfacing, revived, spurring restlessness amongst the youngsters and skepticism amongst the older.

Men brush the idea off, huffing and puffing and grumping, turning a deaf ear to the women’s ramblings.

People spot their cars or bikes, but not that many get the chance to see them. Certainly not us, who are barely out of high school.

Women are the ones who spread the rumors, but their stories should be taken with a grain of salt.

Regardless, the tales and mysteries abound.

Eve and I love the legend.

Unlike her, I’m not willing to admit.

Some say they head west–– right outside of town, where an old estate sprawls on a big piece of land, guarded by the majestic forest in the background.

That’s where the road comes to an end, and the Dark House rises on the shore of a large, shimmering lake, the mansion shrouded in a lot of mystery just like them.

Surrounded by old trees, alleys with wrought iron benches, flowering shrubs and a brick wall covered with wild roses, the property–– if we are to believe the story, belongs to them.

Footpaths crisscross the land, an old tale saying there’s an abandoned tunnel hidden in the thick woods stretching behind the house.

Other people have spotted them downtown at Red’s–– the building with charcoal gray walls, red painted stairs, and black tinted windows. The playground of the most powerful and wealthiest men in town, perhaps the county. The favorite place for wheeling and dealing and indulging in guilty pleasures away from their spouses’ eyes.

Throughout the years the space we grew up in has become a portal between old and new, truth and secret, pure and sin, stories like this making the town feel so alive.

“Wait for me,” Eve shouts as I dart away from her, the wind blowing in my hair, the sun kissing my cheeks.

“I’ll meet you down there,” I say, pointing at the bottom of the slope. 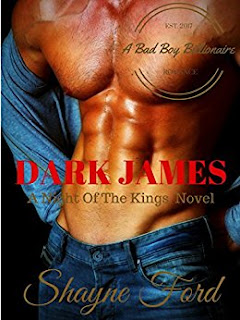 One week till Christmas~New York

There’s no stronger force than love. It makes you crawl and cry and curse. It tortures you and poisons you before it shows you bliss to hook you even more, and then it makes you bleed. It brings the toughest man to his knees and turns a woman’s heart into a pile of ashes.

“She doesn’t pay you to read… you know,” a terse voice rings out behind me, scratching my ears.

I stifle a retort.

She who pays me is not the owner of the store, and she who speaks is not my boss, but that’s useless to convey as well.

Clinging to my last ounce of dignity, I slowly fold the piece of paper, place it in my pocket and start stacking books on the shelf.

The more I sense her stare on my back, the more nervous I become. Suddenly, my lips are dry, and my hands turn sweaty as my dress begins to itch.

Pacing myself, I run trembling fingers over my skirt. I wish she’d go away. No fucking chance.

I have no other choice but turn around and face her.

Angel, my co-worker, a petite woman in her mid-twenties, who looks more mature than her age, straightens her back and creases her lips into a disdainful smile.

Her orange sweater makes the pearls around her neck look yellow and her skin translucent. A tangerine ribbon holds her curly hair in place as her beaded eyes follow me intently from behind thick-rimmed glasses.

How many times have we been through this?

She harassing me while I pretend I’m an idiot.

“I am,” she says, throwing me a disgusted look, her fingers flipping a freshly sharpened pencil.

My eyes drop to the wedding band gracing her ring finger.

Pure hatred runs in her blood.

“I just want to remind you that until you close the store, you have to make sure the customers' calls don’t end up in the voicemail. She doesn’t like that,” Angel says, acting as a surrogate for Candy, our new boss.

I clench my teeth to push back another retort.

I’d gladly give her a piece of my mind, but more than anything else I need this job and the meager paycheck that helps me to survive or rather doesn’t let me die.

“Okay,” I say, looking at her blankly.

For the life of me, I can’t figure out what possesses her to pick on me, day in and day out?

Before I even had the chance to open my mouth and introduce myself or say a thing or two about my life, her mind was already made up.

She’s not much older than me, and she’s not my boss, but somehow she thinks she is. She started working a couple of weeks before me, and yet she behaves as if she owns the store 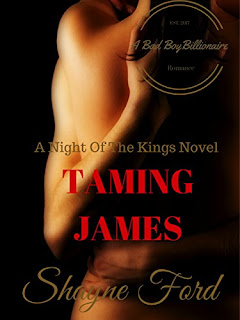 The ocean breeze sweeps my feet.

Soft as a feather, the wind rolls onto my legs and my back before it trails my backside. It takes me only a mere second to realize I’m naked.

Caught between sleep and awareness, I stretch my arm and tap the mattress behind me, looking for the sheet.

I slide it over my body and let myself fall back to sleep, hoping to steal another hour. The seagulls have a different plan and start a riot on the beach.

I give up on the idea and just lie on the bed with my eyes closed, and my nostrils filled with the ocean scent.

A smell of coffee drifts from nearby. More awareness settles in, a nagging thought coming along with it.

He didn’t sleep in bed with me.

In fact, he hasn’t touched me since that night.

None of them have.

That must be him, and his instructions.

There’s no other explanation. The Night of the Kings, and my brief encounter with Lex wouldn’t have happened either, had he not given them the green light.

Another thought surfaces in my head.

Today is our last day on the island.

My stomach shrinks and my chest tightens with tension. Forget about sleeping. I crack my eyes open.

The wide stretch of glimmering blue water and the silver sand come into view. It’s a windy morning with the sky mostly clear, only a few fluffy clouds chased away by the wind here and there.

I could live and write in a place like this. I wouldn’t need a big house. Nothing like this for sure. A room or two will do. As long as I’d have the beach, the ocean and the crying seagulls my life would be like a dream.

I can envision myself sitting in a wicker chair, sipping margaritas, and plotting away. Knitting stories.

Hmm. That’s a nice thought. I smile for a few moments before I I shake off the fantasy and look around.
The house is eerily quiet. I crawl across the bed, snatch my phone from the nightstand and flip it over.

Propped on my elbows, I scan the beach, looking for them. The shore is empty.

I slide off the bed, wrap the sheet around my body, take a few stairs down and glance around. The water ripples in the pool while the palmetto leaves sway in the wind.

I take a few more steps, the warm sand brushing my feet. Shielding my eyes from the sun, I look up and down the beach.

Intrigued, I spin around and make the trip back, entering the house.

Chamber after chamber, I get the same feeling. There’s no one else in here but me. In perfect order, the rooms bear no signs of them. The bedroom doors are wide open, the beds untouched as if no one slept in them last night.

I check the closets. They’re empty as well. I dash back to my bedroom, toss the sheet on the bed, pick up my underwear, a pair of shorts and a T-shirt, and get dressed in a hurry.

SECRETS. LIES. DECEIT. A GAME OF LUST AND BURNING PASSION.

Dahlia is a girl who just started building her own path in life. Lex is the man who has it all, except for one thing.

His heart is full of secrets, and his blood is filled with lust, yet no one can tame his fire.

Fate brings them together in more ways than one. He has a taste for mysteries. She has a heart made for love.

Falling for him is the hardest thing she’s ever done.

Satisfying her is the most pleasurable thing he’s ever done.

Will this be the everlasting love?

This is NOT a conventional, linear romance. Expect a bit of a mess, dirty bits, cliffhangers and twists of situations.

PLEASE NOTE: Although a standalone, Lex’s story includes spoilers of James’ story since it unfolds in the same world at a later date. If you wish to know the backstory of the Kings, reading James’ story (book 1-3) is highly recommended