SEEK IS HERE!!! I cannot tell you how long I've been working on Zack's story. For the most part, he's become my problem child, and I wanted to do his story justice in so many ways.  And people have been expecting a lot from him, so I didn't want to disappoint. Who's ready to find out about Zack and Bonnie? Second chance romance? Yes, please!!! 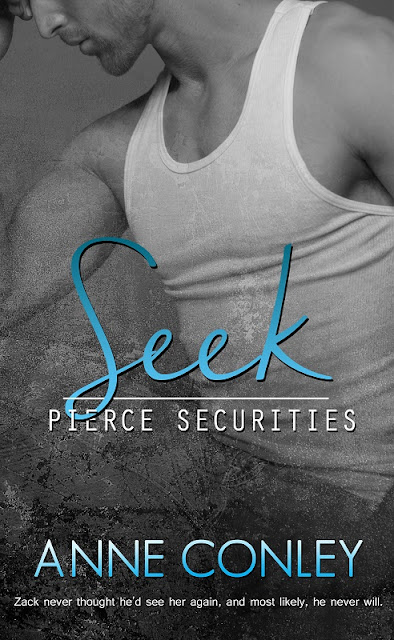 Zack’s always been the funny guy, but with the deterioration of his sight and the loss of his father, the laughter has begun to dry up. Having recently discovered he has a brother due to his father’s infidelity, he’s questioning everything he thought he knew. To top it all off, the epic brush-off from Bonnie Pierce a few months back has Zack feeling less than a man.
Bonnie thought she’d feel better about herself after giving Zack a taste of his own medicine, but all it did was stoke an old flame, bringing up feelings she probably shouldn’t explore. When she ends up embroiled in his current case, they both realize their pasts are about to set their worlds afire.
The guest house behind Simon’s home has become her gilded cage, and Bonnie resents her brothers’ overprotectiveness even though they mean well. When Zack stumbles upon her horrific secret, she has no choice but to turn to the man she’s always loved.
In the end, Zack struggles to be enough of a man to protect the woman he has finally gotten a second chance with, even though he can’t see her. 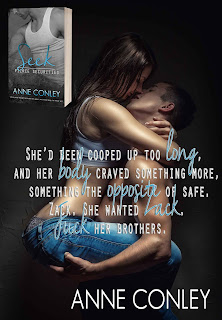 “Come on, it’s the best way to do this.” Zack was wheedling, his voice loud and a bit high-pitched in the din of noise.
“NO. I am not pretending to make out with you.”
Turning, she saw Zack and his friend standing outside a club, not ten feet away from her. The Wave. It looked like a nice place with a group of people in front of it. Zack and the other blond stood off to the side, ready to kick each other’s asses.
She approached them, knowing exactly what was about to come out of her mouth, as well as all the consequences, but not caring either way. She and Zack suddenly had unfinished business.
“I’ll do it.”
Zack’s shoulders slumped as his mouth turned down. She couldn’t tell if he was relieved or not. “Bon-Bon, this isn’t the place for you. You need to go home. Seriously. Some shit’s about to go down.”
Taking a step forward, she said, “So fill me in. I want to help.” He was still sporting the erection, and something about that made her giggle.
“Not a laughing matter, Bon-Bon. This isn’t time for games.”
Suddenly angry, she started shouting at him. “I kno that, Zackary Gale Ward!” He cringed at the use of his middle name, but she needed him to know she was serious. “I want to help. I’m here, I’m 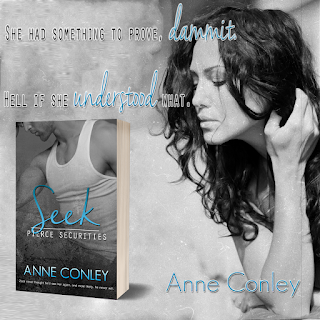 willing to make out with you, and I’m not going home. I haven’t been out of my tower in months and I need to do this. You understand?”

“Do you even know what we’re doing?” the friend asked.
“Making out?”
She nearly laughed at his reaction—face purple and fists clenched—before he turned to Zack. “Dude, y’all are perfect for each other.”
She swallowed. Zack had told him about her. A million questions started swirling around in her brain. What did he say? Is he mad? Does he realize how wrong he was? Is he sorry? Does it matter?
“What are we doing?” Bonnie asked.
Zack nodded to his friend. “Go out on the corner and whistle if you see anything.” He turned to Bonnie, his voice a low growl. “A little recon before we go in. I need your eyes.” 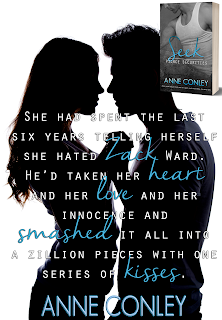 She got it. He knew he was being followed. And whoever the guy was, he had something to do with the job, whatever that was.
“I kicked his ass for you,” she said proudly, as Zack was advancing on her like a predator stalking prey. She tried to blow it off, but the way his eyebrows raised at her words gave her a thrill.
“Who?”
“The guy following you. I laid him out in an alley behind the burrito place.”
Then he was upon her, his body pressed against hers until she was flat against the wall. “Tell me you didn’t engage him.”
“No. He engaged me.”
“Christ, Bon-Bon. Quinten will kill me if he realizes you’re in this.” His mouth was hot on her ear, and she squirmed, despite the seriousness of the conversation.
“Me, too.”
Zack gripped her hips and pressed into her with a groan. “What a way to go. Eyes peeled, princess.”  **


Are you stalking me EVERYWHERE?
Website/newsletter/blog: www.anneconley.com
Facebook:  www.facebook.com/anneconleyauthor
Twitter:  https://twitter.com/AnneConley10
Pinterest:  www.pinterest.com/anneconley
Amazon:  http://amzn.to/2wL24C6
Bookbub: https://www.bookbub.com/authors/anne-conley
Do you love the Pierce Securities?  Would you love to be a part of news, exclusive teasers, and general shenanigans?  Join my reader group on Facebook!

Anne has written her entire life and has the boxes of angst-filled journals and poetry to prove it. She’s been writing for public consumption for the past several years. Currently, she has four romance series. In Stories of Serendipity, she explores real people living real lives in small town Texas in a contemporary romance setting. In The Four Winds, she chronicles God’s four closest archangels, Uriel, Gabriel, Raphael, and Michael, falling in love and becoming human. In Pierce Securities, she gives us Ryan, Evan, Miriam, Zack, Quinten, and Simon. Her newest series, Book B!tches, is all about a group of women in Mystic, Texas who get into all sorts of shenanigans. She lives in rural East Texas with her husband and children in her own private oasis, where she prides herself in her complete lack of social skills, choosing instead to live with the people inside her head.
Posted by From the desk of... R.E. Hargrave at 9/09/2017 09:45:00 AM