RELEASE TOUR: A Dance with Seduction by Alyssa Alexander #GIVEAWAY 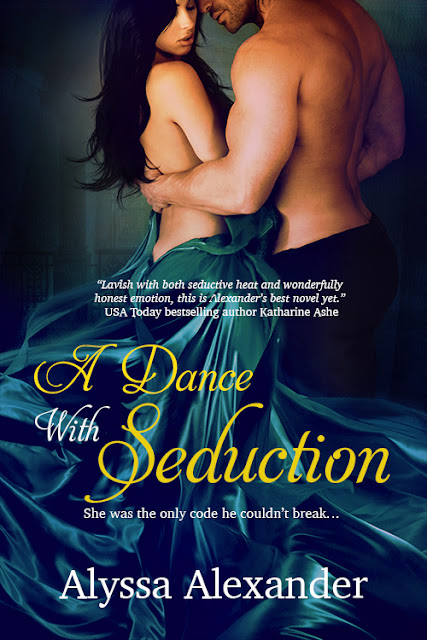 She was the only code he couldn't break...

Vivienne La Fleur is one of London’s most sought after opera dancers and one of England’s best weapons: the spy known as the Flower. When a French agent pressures her to change allegiance by abducting her sister, Vivienne is forced to seek the help of the only man in London who doesn’t want her.

Maximilian Westwood, retired code breaker, doesn't like surprises or mysteries and the Flower is both. When she sneaks into his study in the middle of the night with a coded message, he’s ready to push her out whatever window she arrived through. Except Maximilian is unable to turn away a woman in trouble. Determined to rescue Vivienne’s sister, they engage in a game of cat and mouse with French spies that requires all of Vivienne’s training and Maximilian’s abilities. Bound together by secrecy, they discover there is more between them than politics and hidden codes, but love has no place among the secrets of espionage... 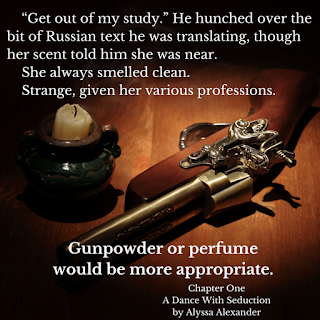 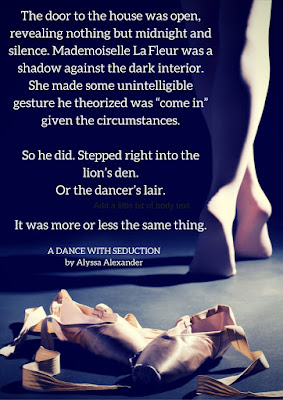 She paced the circumference of the room like a trapped mare. Or a dancer constrained to a space smaller than a stage. “If a deal was negotiated by the king, we cannot interfere.”

Dark curls settled around her face as she returned to his side. Lips curving in a triumphant smile, she sat on the edge of the desktop so that she faced his chair, legs extending out to cross at the ankles. But her breeches. He gripped the carved edge of the desk, unsure what else to do with his hands. Her clothing had never affected him this way before.

“I don’t think ladies should wear breeches. They are too tight on your legs.” As soon as he said the words, he wished he could pluck them back out of the air. Most inappropriate. A gentleman never remarked on a lady’s body. At the very least, he should have said limbs instead of legs.

“I agree.” She was laughing at him again, her smile broadening with good humor. “Though I am not a lady, as you may have noticed, monsieur. I’m an opera dancer with a protector.”

A laugh tumbled from her lips to bound through the room and lodge somewhere in his middle. “I do not pretend to be anything more than I am.”

Pausing, listening to the meaning behind her words, he held her gaze. “I know you are a man’s mistress, Flower, but never forget you are more than that.”

“Are you sure?” Deep words to match her unfathomable eyes.

“You are a lady of many layers, and every one of them is lovely.” Maximilian meant every word and more than he said.

“If I were a lady, I would not be a spy, would I?” Her lips were still bowed up as she straightened, but he saw the dark pain in her gaze. “You are sweet, monsieur, to call me a lady.”

She leaned down to look at the document, then turned her head to face him. Her mouth was there. Just there. Lips parted as though she planned to ask a question, though she didn’t. She only looked at him, eyes slowly becoming serious and powerful. They were a beautiful shade, dark brown deepening to black in the center. Her lashes swept down to cover those eyes as her gaze fell to his mouth for a moment, before flicking back up.

The Smuggler Wore Silk
(Spy in the Ton series Book 1)

"He went looking for a traitor. He found a wife."

After he is betrayed by one of his own, British spy Julian Travers, Earl of Langford, refuses to retire without a fight, vowing to find the traitor. But when the trail leads to his childhood home, Julian is forced to return to a place he swore he’d never see again, and meet a woman who may be his quarry—in more ways than one.

Though she may appear a poor young woman dependant on charity, Grace Hannah’s private life is far more interesting. By night, she finds friendship and freedom as a member of a smuggling ring. But when the handsome Julian arrives, she finds her façade slipping, and she is soon compromised, as well as intrigued.

As she and Julian continue the hunt, Grace finds herself falling in love with the man behind the spy. Yet Julian’s past holds a dark secret. And when he must make a choice between love and espionage, that secret may tear them apart.

Revenge has never been so seductive.

When her husband is killed at Waterloo, Lilias Fairchild takes up his cavalry sword and boldly storms the front, earning herself the nickname Angel of Vengeance. But there is another angel on the battlefield who is just as single-minded, and just as ruthless…

Alastair Whitmore, the Marquess of Angelstone, is a British spy. Code name: Angel. Still haunted by a first love felled by assassins, his mission draws him to Waterloo, where he is captivated by a beautiful and mysterious woman fighting amongst the men—a woman who becomes his most intoxicating memory of war.

Passion has never been so dangerous.

Two years later, Lilias and Angelstone lock eyes in a crowded ballroom and the memory returns in an exhilarating rush. The history they share, and hide from the world, is as impossible to ignore as the heat of their attraction. But it’s that very connection that spells doom for their scandalous affair. When someone from the shadows of their past proves a dire threat to their lives, passion might not be enough to save them. 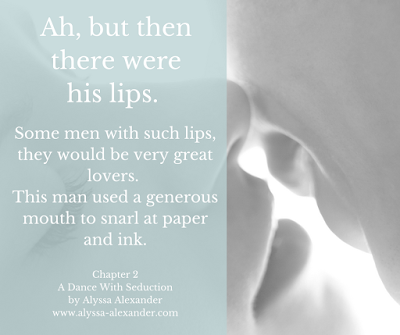 Despite being a native Michigander, Alyssa Alexander is pretty certain she belongs somewhere sunny. And tropical. Where drinks are served with little paper umbrellas. But until she moves to those white sandy beaches, she survives the cold Michigan winters by penning romance novels that always include a bit of adventure. She lives with her own set of heroes, aka an ever-patient husband who doesn’t mind using a laundry basket for a closet, and a small boy who wears a knight in a shining armor costume for such tasks as scrubbing potatoes.