L@@K at ME! Blackheart by Raelle Logan #GIVEAWAY 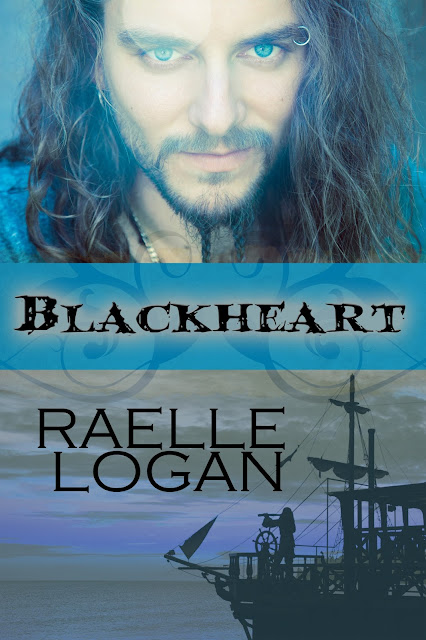 No memory of his past, sentenced to death for a duel gone horrid, Lochlanaire Blackheart is commanded by King William to hunt Siren Rain. She’s the illegitimate daughter of ousted King James II. In capturing his prey, Lochlanaire must retrieve the ruby signet Siren dons. That jewel is the talisman of King James II, which proves Siren’s ancestry. Lochanaire, however, is unaware that at the moment he casts sail aboard his ship, Siren’s been kidnapped by his pirate brother, Zore. Lochlanaire must battle this cutthroat for the princess, spinning Siren into his web of treachery. Afterward, they’re shipwrecked, entwined in a union of inconvenience when Lochlanaire weds Siren under the witchery of gypsies. Lochlanaire soon enlightens Siren of her true father’s identity. She seduces her captor, desperate to conceive Lochlanaire’s child. She believes he cannot surrender her to die at King William’s hangman’s noose if their blood unites. When Lochlanaire’s stalked by a ghoul slaughtering the pirates aboard his ship, he never realizes that this fiend possesses a wicked secret. Siren must unravel all the Blackheart brothers’ secluded evils and save Lochlanaire, for he threads together a travesty by which to sacrifice himself to King William, all while opposing the two seething brothers who seek his demise for the tragedies reaped in Lochlanaire’s shattered past. If Lochlanaire fails to evade the death shroud shadowing his footfalls, Siren will lose the breath-wrenching privateer who is her assassin hunter, the possessor of her lusty soul, and her only love.

Siren watched the door to her newest prison open. She recoiled and rebuked her captor’s every move. Once he tossed the decanter onto the desk and advanced on her, she scurried for the bed’s farthest end.

Lochlanaire throttled her right hand and drew it outward.

His biting hold never wavered, however, and as her eyes brushed his scarred wrists that irons once trussed, Lochlanaire tore the ruby ring off her finger.

Siren’s arms wrapped around her legs. “Why?”

He moved off to the rain-washed window. Lochlanaire slipped King James II’s signet onto his pinky and searched rolling waves. Dully he spoke, “Who are you, Siren Rain?”

“You kidnapped me. You should know who I am,” she reprimanded.

Lochlanaire questioned, “Why did Zore accost you?”

“Zore is the captain that held you prisoner aboard the Vengeance.”

“I never saw the tyrant until he came to the Virginian in Norfolk,” Siren admonished.

“The Virginian?” Lochlanaire removed one silk shirt from a shelf. He unlaced the soaked shirt that clung to his body and divested himself of it.

The witchery of his eyes captivated hers and then Siren’s gaze caressed his chiseled flesh, which tapered to his waist. Lochlanaire’s shirt was thrown to the captain’s chair. Siren’s breath wrenched, her glance touched the flog scars that desecrated his body.

Lochlanaire turned his body away so she couldn’t see his chest or back.

Siren recovered her wits. “The Virginian is a hall. I served the men food and drink while they gamed.”

Lochlanaire fluttered the shirt to cover his body; the laces remained untied to his waist. He fully faced her. “This is where you met Zore?”

Siren replied angrily, “I never met the bastard, in the manner you suggest. He kidnapped me in the alley and caged me as his prisoner aboard his vile ship. All he said was that he intended to return me to England. He would not even tell me his bloody name, leaving me alone for months in that hellish cabin. I have no hint of what I’ve executed that prompts such sacrilege.” Glaring, for he sat on a chair, Siren demanded, “My ring?”

Lochlanaire casually retrieved another decanter. He tore the cork loose, and hurled it to the desk. He shook his head, mulling upon the ring glinting on his finger. “The ring is mine.”

Siren seethed, “That ring is all I possess of my father. I want it.”

His eyebrow arched. “You were acquainted with your father?”

“No, I’ve never met him. My mother gave me the ring. It was a token of his love for her. I command my ring’s immediate return,” she ordered.

Lochlanaire vaulted onto his feet, dropped the decanter upon the desk, ignored his captive and retreated to the door.

Siren yelled, darting to her feet, her fists clenched, “My ring…give me my ring!”

Lochlanaire strode to her. He clutched the neck of Siren’s shirt, his eyes seared hers, and then they fondled her heaving breasts.

Lochlanaire pushed her to sprawl across the bed. Hunching, his arms splayed around Siren’s sides. He snarled, “No.” Spinning, he walked to the door, unlocked it and departed.

Siren faltered to sit and crept a hand to her racing heart. My God, what sordid trap had she stumbled into, and why did her flesh quiver under this sorcerer’s eyes? 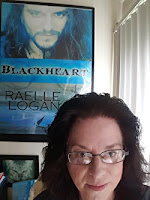 I’ve been writing stories since I was a very young child. Back then, my writing interests were mainly in a Western genre, owing to my Dad being a HUGE Western movie fan. My mother worked at a local library and one day she brought home several books she hoped would keep me occupied throughout the summer months while I was out of school. Several of those books were written by author Victoria Holt. Needless to say, I was hooked on romance. After I threw out the Western manuscript I had written, I delved into the romance genre with hearty gusto, reading every book I could find. In later years, after marrying a racecar driver, a neighbor tossed an old laptop over the fence in our backyard into my husband’s arms, as he wanted to help with my husband’s racing career. I got curious about the computer, sat down one day and starting writing on the notepad, only to discover, to my absolute horror, that I couldn’t save my work. I bought a new computer and have been writing since. After writing my first manuscript, I realized I wanted to write a book about pirates that was more true to the reality of their real lives than is usually portrayed in books and film. Having only the limited knowledge of what I had seen in paper and moves, I took a year off in order to do historical research, learning about pirates and their ships, weapons, clothing and, language. I even read the WEBSTER’S dictionary so I could use words for the time period I write about. BLACKHEART is my first published manuscript. Currently I live in Littleton Colorado with my husband and our cat Ransom.