CRAP IN A CAULDRON

Move over knights. There's a new kind of hunter in town.

Rosie hired talented Irish elf twins, Sheridan and Shivaun O’Malley for the newly formed Department of Interdimensional Trespass. Sheridan was partnered with Torn Finngarick. Shivaun, a.k.a. Shy, was more than ready for her own assignment. The nickname was a fine joke because the wild child bent on becoming a legend was anything but shy.

It’s a double date when Sher, Shy, and their partners are tasked with running down the hoard of Demon Politic using a thousand-year-old portal under St. Patricks as a revolving door from their world to ours. The revelation of their impact on the course of human history is jaw dropping and Black Swan wants the influence of outside agitation stopped.

“Is there a woman under all those freckles?”

Shy O’Malley gaped. “Funny, Chuck.” She vocally punched out his name like it had a bad taste.

“What was that about?” Deck asked.

Declan Tikkanen was a half human Finn with an Irish elf mother. He’d been trained as a vampire hunter, but left after witnessing his partner’s death while they’d been on patrol together. He’d sought a quiet life raising reindeer in the far north, but Simon Tvelgar persuaded him to take a break from retirement and come to work for his new project, D.I.T., on a trial basis. He’d just been assigned as Shivaun’s partner.

“Nothin’.” She paused and decided she had more to say. “I just can no’ imagine why anybody would agree to be called ‘Chuck’. I mean, where is his self-respect. Does he no’ know that whenever a body says his name they’re thinkin’ ‘upchuck’?”

Deck laughed exposing very white, even teeth. He was good looking when he laughed. “You have a boyfriend, Shivaun?”

She snorted. “Aye. A trio of beauties.”

“Humans have a word for that.”

He chuckled and shook his head. “No.”

“Suppose ’tis a good thing I’m no’ human then.” 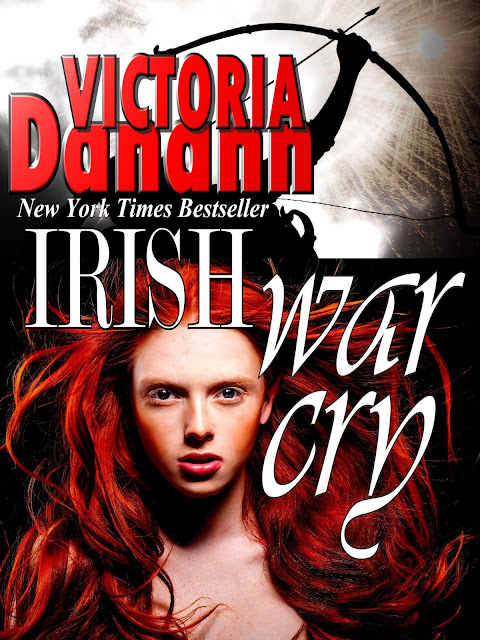