RELEASE TOUR with #GIVEAWAY: Heathens to Hearts by Stacy Eaton

HEATHENS TO HEARTS
The Celebration Series, Book 3
by Stacy Eaton 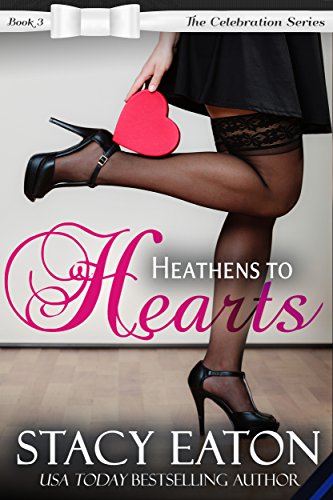 Jason Hayes loves working as a nurse and living in Celebration Township—or he did until Riayn Simmers showed up in town, and a secret from his past is threatened to be exposed. Riayn Simmers is shocked to find her college love-and the man she had called a heathen-residing in the same town as her aunt. Now Riayn needs to decide if she can handle sticking around to run her aunt’s bakery, My Baked Buns.

Welcome to the third book in the Celebration Township Series, Heathens to Hearts. This series consists of thirteen novel and novellas that take place over the course of a year, beginning with Christmas. During that year, twelve more stories will unfold in the Township of Celebration, Pennsylvania, and each release will coincide with an upcoming holiday. 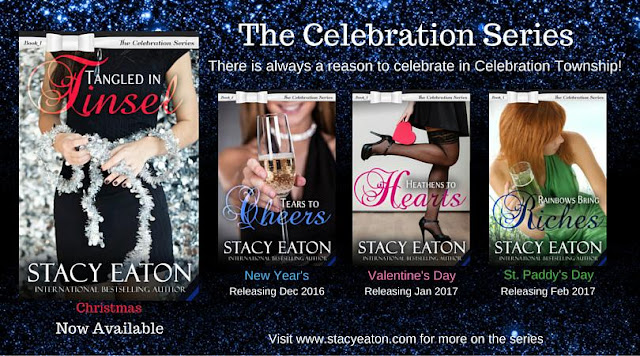 I was dumbstruck as Linda introduced Riayn around the table to Ian, Thad, Casey, and Corrine, but when she stopped at me, I could barely look in Riayn’s direction. I was so rattled by Riayn’s sudden appearance after, what, eight, nine years that I stood so quickly I almost knocked over my bulky wooden chair.

“We already know each other.” I gave Linda a brisk nod and refused to glance at Riayn as I fled the table without another word. My heart raced in my chest as past memories roared through my skull in a deafening wave.

No doubt Linda was going to bust my chops for taking off the way I did, but by the time she got around to cornering me, I could hopefully come up with an explanation. I just hoped that Riayn didn’t open her big mouth before I had a chance to speak with Linda.

My blood felt like it was boiling under my skin and I practically shoved people out of my way to get to the bar, “Dabby, give me a shot of whiskey.”

I clenched the worn wooden edge of the bar and kept my back to the mass of people who had shown up at Dabby’s New Year’s Party as the room began to spin.

Why the hell was she here? I was tempted to turn and search for her in the crowd, but I waited tensely for my shot, and when it arrived, it barely touched the bar before I was throwing it down the hatch. “Another.”
Dabby raised an eyebrow at me but didn’t say anything while he refilled my shot glass. I tossed that one back just as quickly and then stared at the scuffed bar.

The burn of the first shot was filling my gut, and the second one was working its way down my esophagus. I didn’t normally do shots, not since college, but tonight it seemed more than appropriate to throw back a few—numb the pain, numb the memories, numb myself.

“You alright, man?” I jolted to awareness to find Thad standing on my right side.

“Yeah, I’m fine.” I held my finger up to get Dabby’s attention since he had wandered off to help another customer.

“Please tell me you don’t want another shot,” Dabby eyed me critically as he returned. He was a big man who could easily be confused with a lumberjack because of his ever-present flannel shirts and bushy beard. I guess it was good to look like a hard ass when you owned a tavern, but if you really knew the man, you’d know he was a teddy bear.

“How many shots did you just toss back?” Thad queried from beside me.

Thad slapped a hand on my back, “Good to know. I’d hate for one of my guys to have to arrest you for DUI.” Thad Wagner was one of the local police officers on our small Celebration Township police force, and a good friend to have.

“I’m not stupid, Thad,” I retorted and winced as I considered how harsh the words sounded.

“Sorry, man. I know you’re just looking out for me,” I said to Thad softly.

“That’s alright. You want to talk about it?” Thad asked as he sipped from a longneck bottle, probably the same one he’d been nursing the last hour.

“Nah, I’m good, but thanks.” I gulped down half my beer to stop the burning in my throat.

“Alright, but you know where I am if you want to talk.”

Thad slapped my back again and walked away, leaving me with a storm of memories that immediately crashed around in my skull.

Of all places, Riayn had to show up here. I couldn’t help myself this time as the urge to look for her struck me again. I’d blame it on the whiskey, not my lusting need to get another peek at her after all these years.

Fourteen years later, Ian Dugan needs a break from life and ends up crashing his vehicle and waking up in the hospital to find Linda watching over him.

Can Linda forgive Ian for leaving her alone as a pregnant teen? Will Ian be able to forgive Linda and himself when he learns of the daughter he never knew about? Find out on New Year’s Eve if Ian can erase the tears and find something to cheer about. 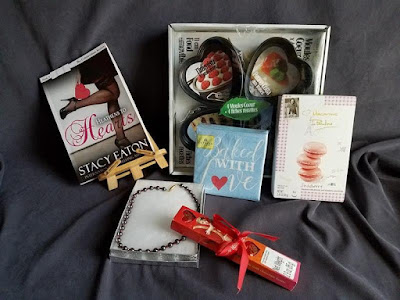