THE ARRANGEMENT
Pleasing the Manwhore, book 1 by Jenna Fox 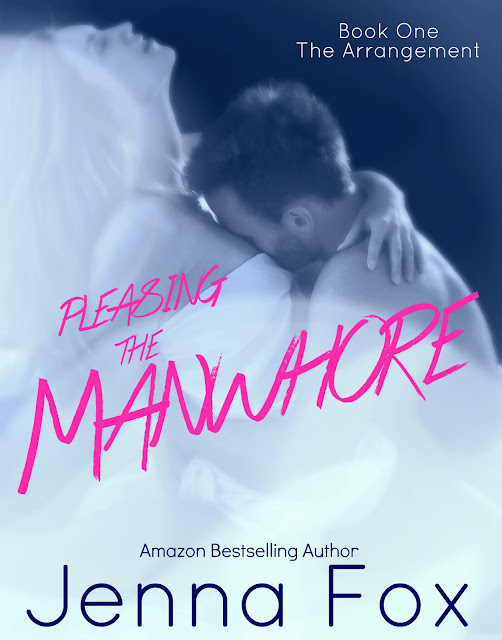 I wasn’t supposed to need him…
But I did.

But somehow I found I couldn’t breathe without him.

I was only supposed to provide physical pleasure and shove my emotions to the side, not allowing love a place into the equation.

He wasn’t supposed to own me. Heart, mind, body and soul. My God, I was such a fool to think I could go along with this arrangement and not involve my heart.

Taffi Watkins only wanted to escape an abusive home when she fled a small Texas town. She had dreams of starting a new life. A better life.

Those big city lights seemed to shine so brightly when she stepped off that bus, but soon she discovered the pursuing of her dream had also been the worst mistake of her life.

And then came Sullivan Cooper.

In the blink of an eye he made all of her troubles disappear. He accepted her and brought her into his world of fast cars and fancy clothes. Immersed in Mr. Cooper’s universe of unbridled passion, Taffeta forgot he was twenty-five years older than her as he introduced her to his brand of pleasure and pain.

Taffi only thought she knew pain, until Sullivan Cooper taught her better. 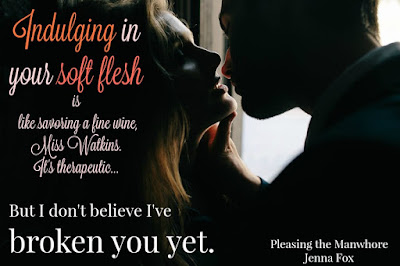 When I pulled into the driveway, no light was coming through the triangular windows of the mansion. If the Mercedes hadn’t been there, I would’ve thought I was home alone. I parked the car, got out and went to the other side to put my hand to the hood of Sullivan’s vehicle. It was moderately warm. Another late night at the office.

He wasn’t ready to throw me out; I didn’t have to step around my belongings as I made my way up the stoned pathway to the porch. I punched in the passcode and cracked open the door.

Peeking my head inside, I looked into the gloom seeing nothing and hearing only the monotone tick of the grandfather clock. Holding my breath, I clicked the door closed, expecting Sullivan’s frosty bellow to come at me like it did the last time I pulled a late-nighter.

So far, so good. Silence.

To minimize noise, I slipped off my heels. Heading up the steps with catlike movements, I crossed into the thicker shadows of the hallway. No light poured from beneath Sullivan’s bedroom door. He must’ve turned in for the evening.

I entered the dimly lit doorway to my quarters and the hairs on my neck rose when I was stopped short by a tall, masculine silhouette which remained still upon my abrupt entrance.

Sullivan’s icy tone left no mystery to his black mood and I froze as he approached me. The moonlight coming through the window cast eerie shadows along the walls, but left his face in total darkness to play on my imagination. My mind sketched him with a menacing look in his eye.

I grabbed at the curtains and dropped my shoes as something was shoved off the table. Drawing in a hard breath, Sullivan took hold of my arms, turned me to face the wall and anchored me with his body. I jerked when he put my hands behind my back and held my wrists together with hands of steel.

His head dipped toward my ear and he spoke in a raspy bass that both heated and scared me. “Are you trying to make me jealous?”

Shock from his reaction nearly had me speechless. I squeaked out a no.

His voice turned deceptively soft. A phony sweet. “I’m sure you gave your friend the hard on of his life.”

I took a strained breath. “Funny you mentioned the word friend. It’s exactly how you referred to me today.”

“You really should be more considerate of your friend’s feelings. It’s immature to lead him on and anger me.”

Things between Baxter and I were purely platonic. I’d never intentionally led a guy on. “I normally don’t fuck my friends, Sullivan. So congratulations, you’re the first. What have I done to make you angry?”

“You were all over him.”

His incredibly gentle tone was overshadowed by the fury I felt radiating from him. My heart pounded. “We were only dancing. It really shouldn’t matter. You and I are just friends.”

“You were expected to be here instead of rubbing your body all over that boy. The priority is us, Taffeta.”

“There is no us, Sullivan.” I strongly retaliated, my heart aching. “Remember you don’t do commitments? We sleep in separate rooms, we’re not an item. As long as I’m providing sex, it doesn’t matter what time I come home or who I’m out with.”

Sullivan transferred the grip of my wrists to one strong hold and wrapped something around them. “Maybe I need to help you better understand things,” he hissed. “How and who you spend your time with is ultimately my business. Your whereabouts are my business, too, and as long as you live in my house, you’re for my hands.”

I grimaced as he tightened the restraint and nudged harder against my back.

“I’m going to reiterate where your loyalty should lie, dear. Tomorrow you won’t be able to sit, let alone move, unless you’re reminded of us. So, yes, grinding your ass against a friend does matter.”

Being at his mercy and hearing Sullivan’s voice full of jealousy had my senses screaming. His hand moving over my panties and his wicked promise was making my body ache. I moved my hips closer to the bulge in his pants so I could feel the hardness between my buttocks.

“Let you go? My, my Taffeta, you’re going to have to be more convincing, your panties are soaked. And don’t tell me you don’t require my touch, I’ve felt your climaxes. A woman doesn’t come like that for just any man.”

He knew me so well.

I was limp as a ragdoll when he turned me around to face him. The moon shed just enough silver light on his face to show his savage features. There was a rasp of a zipper and I shivered when the force of his body pressed me against the wall again. “I’m going to fill you up with my cock and, before this night is through, you’re going to know and understand who commands your body.”

He set out to prove his words.

In an instant my skirt and panties were on the floor and my blouse and bra were torn open, dangling from my restrained arms. The only thing between us was his shirt and the blue flame in his eyes penetrating the darkness. I knew what that fire meant. Possessiveness. It was there the first time he took me.

He curled both arms around my waist and hauled me to the bed. “I will break you from this pool boy. Oh yes, my little girl, I will break you.” His strength and swiftness had me bending to his will as he laid me down and adjusted my limp body to his liking. As if I wasn’t already bared enough, he opened my legs too.

I’d been scathed so deeply, never needing a man in this way. I’d sorely lost the fight to keep any measure of mental distance from him. The heated emotion in my voice couldn’t be stifled. “Sullivan, you’ve already broken me.”

He didn’t skip a beat as his fingers thrust inside my pussy, wiggling and pushing me to a near painful pleasure that tore into my soul. Lips, teeth and tongue went into motion, manipulating my tender tissues. I pushed against the pleasure, fighting my desire. “Oh God, Sullivan, why? Why does it have to be this way for us?”

His only response was to continue the torture—the tugging and licking of my clit until a fire was setting deep inside my belly. Fingers were everywhere. Circling my anus, pushing into my pussy. Crippling sensations swarmed my body from every direction. Oh... the sweet pressure. It was rising. I would inevitably pop.

He clasped my nipple, squeezing it in synch with the tickling and warm sucking below. The darkness masked the hunger in his face, but it came through his touch.

I felt his body rise up and heated breath brushed across my face. “I’ll make you understand.”

The second the words left his lips I was overtaken by the blessed burn of his cock ripping into me. I lost my voice from the paralyzing thrust, unable to call out his name, edging on the tip of my tongue. Before I could catch a tiny breath to cry out another plea, he pulled back and impaled me again with enough force to bring tears to my eyes.

This wasn’t just a fuck; it was a claiming. He was tearing me down. I was helpless against this lust, consumed by his power and utterly lost in his touch. I had given my body over to him long ago, but my heart had slipped through the cracks.

The moment my release hit I was so full of emotion, it came out in a long sobbing cry. Broken and filled with pleasure, pain and a longing I could never hide from, all I could do was lie there with his body thrusting into mine, his cock filling me with his sweetness.

I wanted to scream. Shamelessly, I wanted to purge my soul, but the frenzy was restricted to the cages of my mind.

Oh God, Sullivan, I love you. I love you...I love you so fucking much...and I’m not supposed to. 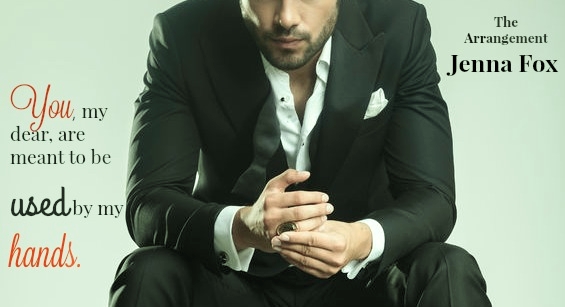 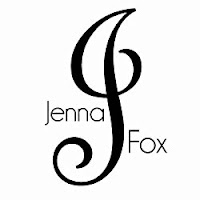 Her work is born from real life experiences, an overactive imagination and a consuming caffeine addiction. Sometimes she finds herself writing sex scenes on fast food napkins and store receipts while waiting in traffic, but she’s always guilty of keeping her mind in the gutter.

In short, she’s a multi-tasker – a writer, a storyteller, able to make a boo-boo all better with just one kiss and a proud, world class expert at screwing up recipes and scaring away closet monsters. She believes in ghosts and God and is absolutely convinced chocolate soothes the savage beast.