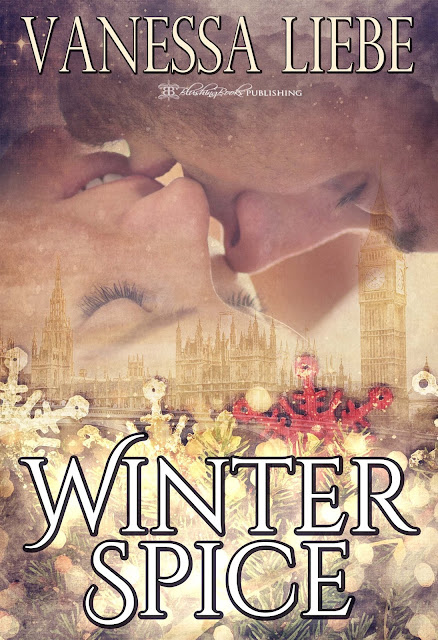 Santa’s Grotto – After a wild party, twenty-one year old Jenna wright has to try and regain her parents' trust by working two nights in Santa's grotto. Unfortunately her colleague, Santa himself provokes her into being rude and she ends up over his knee - after she discovers it’s a family friend, Trey. He has other surprises in store for her, such as it was him who suggested the job and the fact that he’s going to stay with her while her parents are away. Jenna is furious enough about this turn of events, but when Trey warns her to behave or she’ll be disciplined, she reacts badly. Will the pair resolve their differences or not?

Spank-o-gram – Madison is a kiss-o-gram working on Christmas Eve. The man waiting for her on the top floor of an office building is expecting her, but he’s expecting to spank her. She is horrified when she ends up over his knee. She urges him to stop, finally saying the name of her client and the man stops spanking her immediately.

Tyler Roberts is horrified to find he’s spanked the wrong girl and desperately wishes to make amends. Attracted to Madison he convinces her to be his kiss-o-gram instead and things heat from there, culminating in a hot Christmas encounter. 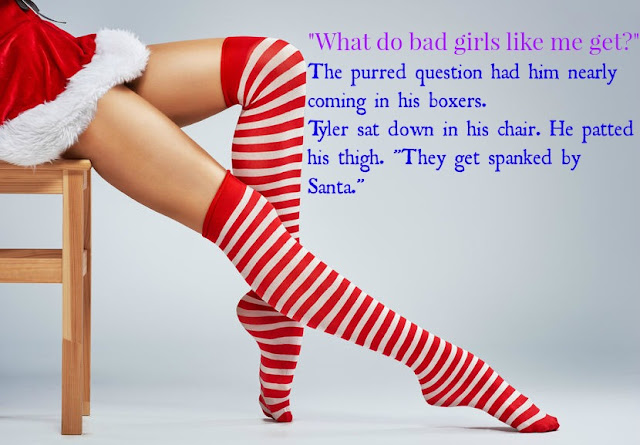 Office Party – Ava manages to gain the attention of the CEO, Mr Ethan Jackson, by putting a photocopy of her breasts and bottom on his desk at the office Christmas party. Instead of firing her, or initiating disciplinary proceedings against her, he has other things in mind. It starts by taking her out to dinner and discussing something special. Will she be willing to submit to him and can she cure his grief, enabling him to find joy in Christmas again?

Clean and Shine – Alexis Slater is a twenty-one year old student at university, who cleans part-time to fund her studies. The week before Christmas she is asked to clean a new client’s house. The owner isn’t supposed to be home and he’s certainly not supposed to spank her, thinking she’s some sort of birthday surprise for him sent by his friends.

Logan Miller feels very guilty when he discovers he has spanked the cleaner, not someone arranged for him after all. He tries to find her so that he can make amends, without luck. Then she comes to him, returning his keys and he convinces her to stay for dinner. He believes that Alexis would like what he can offer her and in return she can help him heal from past pain.

A Christmas Bride - Lord Lucas is pursuing a career in politics. However, it has been made clear to him that he should take a bride if he truly wishes to progress. Incensed by being dictated to, he tasks a friend with finding a bride for him.

Grace Fitton is horrified to discover she is to marry Lord Lucas. Then she becomes furious when he can't even propose himself, or indeed recognise her at a dinner party they attend. Unfortunately being rude to him captures his interest. While out on a ride together Grace attempts to deflect his interest by acting vacuous. But this arouses his temper and Grace ends up being disciplined and kissed by him. Will she be seduced into submission, or will she deny her husband his wedding night?

Brown eyes regarded her intently for a moment, making Ava's body prickle in awareness. Then he looked her in the eye. "I would like to see more of you, Ava. Much more."

Her heart skipped a beat. "You would? I mean… I'd like that," she said, her voice sounding breathless and husky even to her own ears. Oh god, don't make a cake of yourself. Don't ruin it.

"Good." He smiled, then paused as if not sure how to broach something. He broke eye contact, fiddled with his tie around his neck and sighed, before finally looking up. "I'm looking for someone to share my life with, Ava."

She felt excitement build. Was he suggesting…

"But I have certain needs and I would like to discuss them with you."

Oh. She knew it was too good to be true that a man wanted her for herself. He was probably about to suggest an open relationship, or worse that she wore something over her head while they had sex. Old insecurities about her looks coming to the fore were hard to ignore. But she put on a brave face. "What needs are those, Ethan?"

He took a quick glance around them to ensure they couldn't be overheard, then he leaned forward over the table. "I would need to spank you, Ava—regularly."

Her eyes widened at his admission. She was shocked. But surprisingly, not offended. She was more relieved that he didn't want other women. However, she needed to know what exactly he meant by spanking. Did he mean a few smacks on her backside, or did he mean a proper over his knee bare-assed spanking session? "Please explain fully, Ethan. Then I can make my decision as to whether I agree to it or not."

Ethan nodded. "I'm talking about a relationship with domestic discipline in it. If you did anything, or said anything I didn't like, I would put you over my knee and spank you."

There was something about the way Ethan said 'spank' that had moisture pooling between her thighs. She pressed them tightly together. "How hard and how many smacks?"

She gulped as he said that. Yet, she was intrigued. "Naked or clothed?" she couldn't help asking.

"Most of the time you would be naked."

She felt a thrill at his words. The thought of lying naked and vulnerable over this powerful man's lap had her head in a spin. "One final question." She looked at him. "What do you get out of it?" 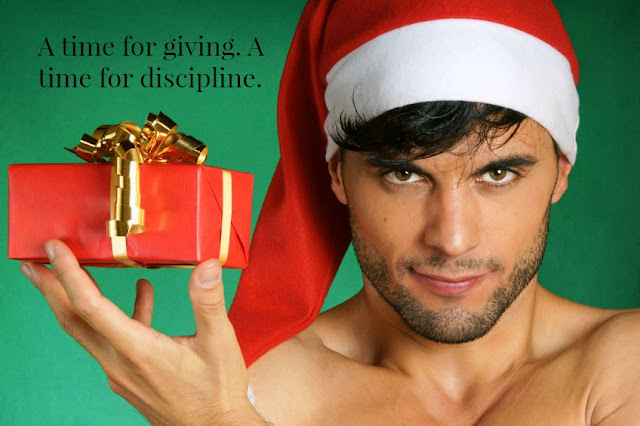 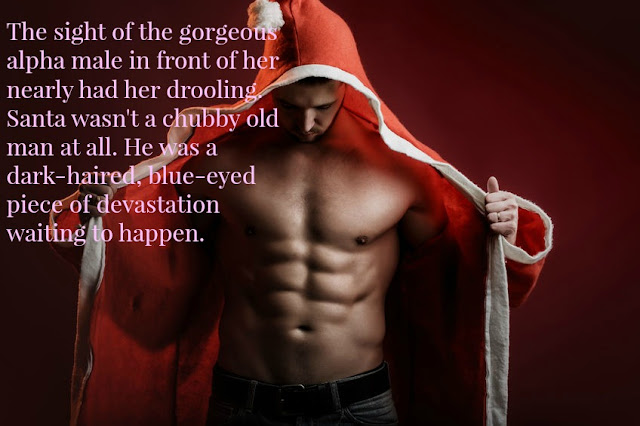