RISE OF ALPHA - THE PRODIAN JOURNEY 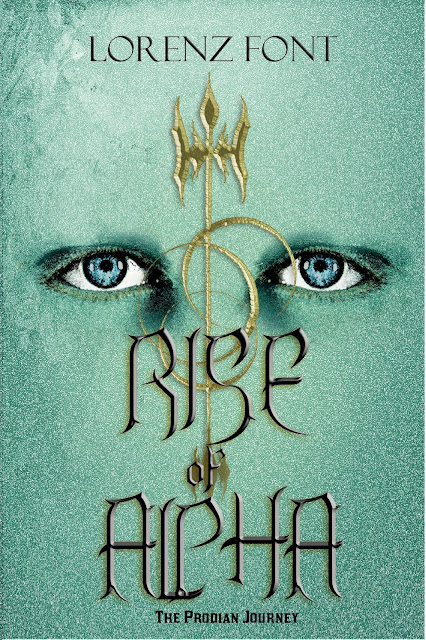 All Brian Morrison wants is to be an ordinary teenager with normal teenage problems, but his uncontrollable twitching and phonic tics make that impossible. The butt of jokes in school, he is nothing but a laughing-stock until a visit to a local tarot shop turns his life upside-down.

The psychic’s strange prediction thrusts him into a mysterious world of ghastly creatures and bizarre events, and he must come to terms with the abrupt changes if he is going to survive. One mother’s plea for help presents him with an impossible challenge, but it also brings him closer to the most popular girl in school. Brian must overcome threats from all sides to honor his promise, and he is determined to succeed. His heart won’t let him turn his back on someone in need, especially when he’s fallen in love with her.

Protecting Shannon McKesson soon becomes the greatest purpose of his life. Brian discovers many things on this new journey, but the biggest one might be the truth about who he is. If only he and Shannon can stay alive long enough to unlock the mystery. 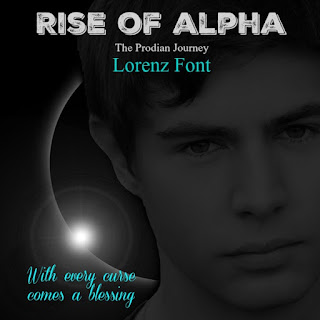 What a fantastic series opener!

The queen of the unexpected twist is back, and this time, Font is taking her storytelling skills to the next level. From the first page, Rise of Alpha unfolds like a movie, sucking you into an elaborately crafted world filled with vivid imagery and characters who are real, engaging, and flawed.

All Brian Morrison wants is to stay off the radar and out of people’s way, but a lifetime of ill-timed expletives and uncontrollable spasms has left him branded ‘the freak with a tic.’  A high school senior with Tourette’s syndrome, he gets by a day at a time with the help of two loyal companions. Avid Leaguers and best friends, the trio make an odd presentation, but they work. The social reject, the jock, and the Goth. However, when Shannon McKesson enters the picture, life as the three boys know it—especially Brian—starts changing in unfathomable ways.

Amidst an action-filled tale of teenagers and royalty, fantastical weaponry, and other worlds, is an endearing story of young love and heartache. For a brilliantly executed roller-coaster ride of emotions packed with everything from laughter to despair, I can’t recommend this book enough.

Just… don’t get too attached to anybody. ;)

*I was provided an Advanced Reader’s Copy by the author in exchange for an honest review, but am also purchasing a copy to support the author.*

“Bro, you’re acting weird today—weirder than usual, anyway. I know you well enough to know something’s up, so spill the fava beans!” Mark made that Hannibal Lecter hissing sound from one of our favorite movies.

“Yeah, you ran out of that psychic shop like you’d seen a ghost.” Darryl seconded. “Then you got sick and wouldn’t answer our calls until this morning. Spill, dude.”

I wavered between the truth or a lie about what had happened over the past few days. Telling them would also mean I had to tell them about Shannon. For some selfish reason, I wanted to keep her all to myself. My own little secret.

As long as I could remember, these two had been watching my back.

I still hesitated, but the overwhelming need to share my fears with them overcame the urge to keep Shannon to myself.

“Fine. It’s weird, and I expect you to keep this on the down-low, aʼight?”

“That night at Madame Elizabeth’s, she said something that scared the crap out of me. I know it was bogus, but it freaked me out bad.”

“What did she say?” they asked in unison.

I mimicked Shannon’s mom. “With your curse comes a blessing.”

“Really?” Mark narrowed his eyes. “That scared the shit out of you?”

“Yeah.” I was sure they’d start making fun of me, but when neither of them said anything, I continued. “She’s creepy, bro.”

Again, there was silence except for the crunching sound of their chewing, and the music of the forgotten video game’s menu screen.

After a moment, Darryl began picking at his ear piercings, a nervous habit of his. “Okay, fine. Madame Elizabeth confused the hell out of me with my reading. I got the man hanging upside down. She said that it symbolized self-sacrifice and adapting to changes. Like there’s going to be a pause in my life until I give up something for the greater good. So I asked what it really meant, because my creep-o-meter shot through the roof. She said that my friend would be going through a transition and I needed to be there for him.”

Mark and I looked at each other while Darryl resumed his assault on the chips. 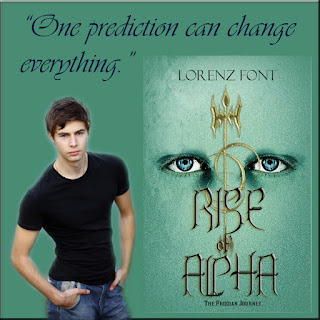 “Who is transitioning?” I asked, not sure what it meant.

Mark raised both hands and shook his head with a grin. “Don’t look at me. My voice doesn’t squeak. I’m circumcised, and all cylinders are a go.”

I socked Mark in the arm. “You’re stupid.”

“What did Madame E tell you?” Darryl asked him.

He was thoughtful for a moment. “Well, mine was kinda freaky, too. She had me pick a card, and I got temperance. She said it meant I had self-control and was able to handle tough situations, but that I had to deal with impatience and conflict. It could also mean angels and guardian spirits were around, but in my case, she said I was it.” He sighed and looked over at me. “Go figure what that means. Anyway, now you can tell us whatever it is you’re holding back.”

Cornered, I knew it was time to tell them about the dreams. I turned my desk chair around and straddled it. “That night, I started having weird dreams. First, this creature was chasing after Shannon McKesson. It was all a blur. I went back to sleep and dreamed something different. This random woman was being bitten by a rattlesnake. It was like I was there watching it happen. Then the next day, there she was in the news.”

I stopped to take a deep breath, and my friends stared at me like I’d lost my marbles. “See, I told you it’s weird. But that’s not all. I dreamed about Shannon and the weird creature again. It woke me up. I went back to sleep, I had another dream. This time, there was a girl running away from a man, and he was holding a bat. I could see everything around them, but I had no idea where they were. The next day, Shannon came over, and she and my mom were watching the—”

“Hold it right there! Shannon was here?” Disbelief was all over Mark’s face. Darryl stopped chewing, mirroring Mark’s surprise.

My secret was out. “Yeah, she came over when I didn’t show up for class yesterday.” I tried to make it sound like it wasn’t a big deal. 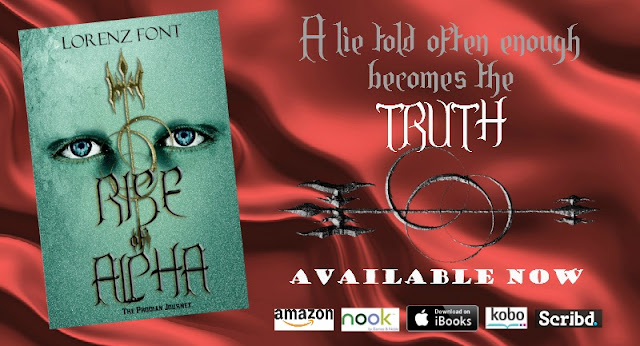 A professional daydreamer, Lorenz Font discovered her love of writing after reading a celebrated novel that inspired one idea after another. Since being published in 2013, she has been conspiring, butting heads, and enjoying her spare time with vampires, angels, samurais, and other creatures she has created in her head.

Her perfect day consists of writing and lounging on her garage couch (a.k.a. the office) with a glass of her favorite cabernet while listening to her ever-growing music collection. She finds writing urban fantasy exhilarating and places an intense focus on angst and the redemption of flawed characters. Her fascination with romantic twists is a mainstay in all her stories.

Lorenz lives in Southern California with her supportive family and three demanding dogs.

Enter the Goodreads giveaway
for a chance of an autographed copy of Rise of Alpha.