LOOK AT ME! The Works of Kira Hillins 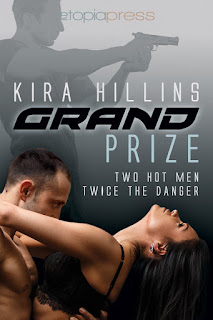 Melanie Cranberry joined the dating service to meet a nice man, fall in love, and spend her nights cuddling in bed. Who knew that one five-dollar ticket for a raffle would win her two men instead of one? Now, per signed contract with Match Making For Happiness's Sake, she's required to go out on a date with each man to discover which will win her heart.

Prize number one, attorney Cage Niching, joined the dating service to find a woman to settle down with, or at least, to settle him down—after he finds out who murdered his friend. All he has to do is get admitted to the secret, invitation-only level of a certain sex club, and all he must do to get the invite is bring his Match Making date, Melanie Cranberry, prove they're in love, and have sex with her in front of as many witnesses as possible. Which doesn't look promising as long as her second date keeps hovering around her...

Prize number two, narcotics detective Victor Wine, wasn't looking for a date. Desperate to get the drug that killed his girlfriend off the streets, he's joined the dating service to get close to the woman who lives near the hangout of a major distributor. Only thing is, he actually likes the Cranberry woman, more than he wanted to. And now his investigation has put her right in the drug cartel's sights. Keeping her out of harm's way and playing the perfect date won't be easy. And there's something about her other date that raises his hackles...

Victor stood, dressed to kill in a black, long-sleeve shirt and slacks. His fabulous six-foot three body towered above everyone else. Short, jet-black hair. Bangs stuck up in tufts. Hazel eyes shimmered under the hanging lights over the stage. Fair skin and a shadowed jaw gave him a sophisticated look—a “don’t mess with me, I’m a badass” look no woman in her right mind could resist. A sense of safety and danger was all wrapped up into one gorgeous package.

Victor spoke in a deep, soft tone. Gooseflesh had spread over her body during their chat sessions. Parts of her ached for his touch. Rather than meet his striking, stern eyes, she’d kept her attention on the dark-brown panels of the walls in the room. Or she’d watch his long fingers tap against the top of the bistro table. When she found the courage to meet his gaze, she’d calmed the urge to wrestle him to the floor as if he were one of the bad guys he chased down on his job.

Their second session was worse. Thoughts of Victor ripping her dress from her body had invaded her mind. Fantasizing about his mouth over hers, and those strong, warm hands fondling her flesh had made their conversation about his career as a detective non-existent. Handcuffs had worked into her daydream before his remarkable voice brought her back to the bistro table—back to her senses. That’s when she’d realized drool had pooled at the corners of her mouth.

His dark brows had furrowed. An incredible grin had spread across his face as he cupped her burning cheek with his soft, cool hand. He’d dabbed her wet lips with the white cloth napkin from their table, setting her entire body ablaze.

Victor was toned, not overly muscled like Cage’s colossal physique. Victor had no flaws. None she could see anyway. He was perfect. Sweet. Intelligent. Courteous. Drop-dead gorgeous.

Each man had their pros. Both were beautiful. Both had remarkable careers. But Melanie’s desires swayed toward Victor. It seemed too good to be true that she’d met someone like him at a dating service. He didn’t belong here like the others. 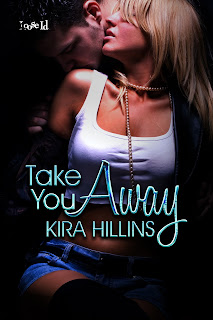 Online gaming brought them together.

Small town Kansas girl Zoe Kearny never meant to befriend anyone in an online video game. But after a year of talking to Ben over the headset, he's traveled five hundred miles to meet her. Now she needs to prove to herself, and her two cynical friends, that a long distance relationship could work out, even if her violent ex-boyfriend works to ruin everything she's worked for.

Time can change a person, for better or worse. He was proof of that.

Guilt-laden Benjamin Solmer hit the bottle hard after his brother died in a motorcycle accident two years ago. If he hadn't met Zoe online when he did, alcohol would've driven him to the grave. Now he knows there’s more to life than video games and playing guitar in a rock band. He’s ready to pursue love. But with Zoe's fear that long distance relationships don't work, and deeply guarded secrets she won't reveal, he worries maybe Zoe's not the one.

“Maybe you should consider yourself lucky. I’m not much of a cook.”

“Says the gal who runs a bakery.” He traced the scar on her forearm. “What happened here?”

His gentle touch sent a jolt of electricity through her body. She shivered.

“I burned myself pulling a loaf of bread from the oven.”

“That must’ve been some loaf of bread.”

“They can get pretty big and heavy.”

He slid his thumb across the thin slanted scar on her index finger. “And where did you get this from?”
“Electric bread knife.”

“You weren’t kidding when you said you were accident-prone.”

“When I was a little girl, my dad sent me to school with a note telling the teacher not to let me use scissors.”

“The teacher thought my dad was paranoid.” She breathed a laugh through her nose. “I have several scars on my stomach to prove otherwise.”

“Hmm.” He combed his eyes over her body. “You’ll have to show me the scars sometime.”

Face on fire, she nodded. This was so much better than earlier. The way he looked at her, with eagerness in his eyes, was nice and kind of scary.

“You ready to go back to your place?”

His cool, musky scent enchanted her, lured her in. Closer. Just a little farther and his lips would touch hers. 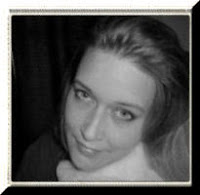 Kira writes to create a fantasy world in which to exist until she's beamed back to her home world of Oregon. Or until Superman rings her doorbell and asks her to fly away with him on an adventure that may, or may not, include the Tardis. Wherever she lands, writing will always be her passion.