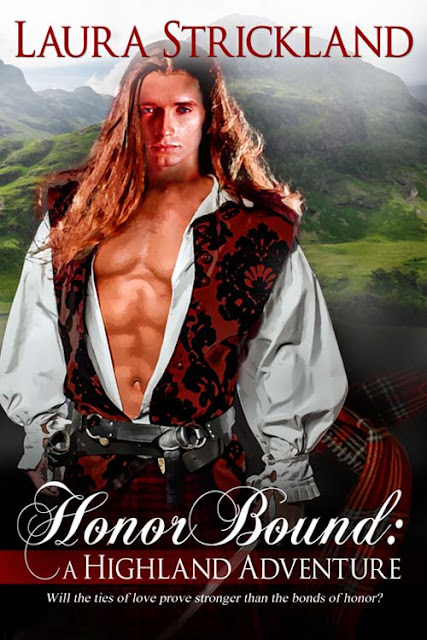 Following the disastrous defeat of the clans at Culloden, Scottish Chief’s son Diarmad Ramsay makes his dying father a promise. Diarmad will play the part of Bonny Prince Charlie in an effort to help the true Prince escape the Highlands. With only the fiery Mara MacIvor for guide and with danger on his heels, he must risk all for a Cause in which he no longer believes.

Mara MacIvor considers Ramsay a poor substitute for her beloved Prince. Ramsay may be one of the bonniest men she’s ever met and a braw sight with a sword in his hand, but his disillusionment makes a wide gulf between them. Pursued through the Highlands by Sassenachs and ruthless Highland renegades bent on claiming the price on Prince Charlie’s head, their physical attraction soon becomes a conflagration. But will they ever be bound by more than Diarmad’s vow of honor?

His body stiffened as she eased in beside him, but that did not dissuade her. The rain no longer touched her here and, aye, it did feel warmer.

Ramsay drew a breath even as the heat of his body wrapped around her. She could now catch the scent particular to him—spicy, fresh and rampantly male, with the tang of highland air caught in his hair and clothing. Would he push her away?

He sounded amused when he spoke, his voice vibrating deep in her ear. “I suppose this must satisfy some wish you have of lying with your Prince.”

It satisfied a wish, right enough, but had nothing to do with Charles Edward. Mara retorted, “My only intention is to lie out of the wet and grow warm. Will you complain about us sharing against the chill?”

“And about having my arms full of bonny lass? Nay.”

He thought her bonny. Or did he just tease as he had before? Mara ached to know, and desire rose to her head like a draught of her Da’s whiskey.

She slewed round in her allotted space until she faced him, her mouth just below his. “I am no’ thinking of the Prince,” she confessed, “but still how I might thank you properly for your braw gallantry.”

“Oh, aye?” Did he sound as breathless as she? “And what to your mind would make a proper thank-you?”

Without further words, she pressed her mouth to his. 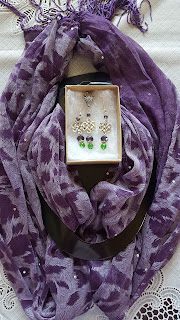