Look At Me! {Young Ladies of Mystery Series by Stacy Juba} 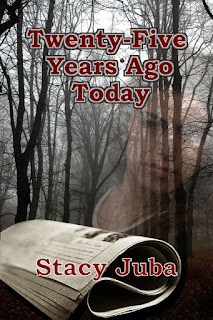 
Should we dig for the truth when Pandora’s Box is a coffin of buried secrets? When obit writer and aspiring reporter Kris Langley investigates the 25-year-old unsolved murder of Diana Ferguson, a young artist obsessed with Greek mythology, not only does she fall in love with Diana's nephew, but she must also fight to stay off the obituary page herself.

Her eyes snapped open, the scream ripping from her throat. She glanced around the dark room, shapes foreign, distorted by shadows. "No. I'm sorry Nicole ..."

"Kris? Kris?" Someone shook her shoulder. She gasped.

"Kris." Eric hugged her. Warm. He felt so warm. He stroked her hair, whispering in her ear. "It's okay. Everything's gonna be okay."

Reality rushed back to her. She hadn't lasted through the movie. She had turned off the television and slipped into unconsciousness. Eric's face fuzzed in and out of focus.

He switched on the lamp. "Want a glass of water?"

"What were you dreaming?"

"You screamed out ‘Nicole.’ You woke me up."

"Don't be. Nicole was your cousin, right? Tell me about her." Eric rubbed her hair again, the gentle strokes calming her.

"We were the same age," Kris said. "Our families were close. We lived in the same neighborhood."

"That must've been fun."

"It was. Lots of fun." Tears spilled down her cheeks. Eric traced one with his fingertip.

"My mother told me your cousin was the girl who was killed by a neighbor," he said in a hushed voice. "I remember hearing about it when I was a kid. She went to a different school, but it still shook up all my friends. It was awful."

He wasn't wearing a shirt, just sweatpants. She must've scared the hell out of him.

"I’d rather not discuss it," Kris said.

Kris felt the words surging to her throat, but she couldn't tell him. Not now. Not ever. "You are helping, just by being here. I don't want to be alone."

She pressed her lips to Eric's, first softly then more urgent. He responded without hesitation, crushing his mouth against hers. Kris dug her nails into his shoulders and the smooth contoured muscles of his chest. He gently laid her back and nibbled her ear, working a sensuous trail down her neck.

He glided down the zipper of her hooded sweatshirt and skimmed his thumb across her belly. She closed her eyes, arching as his hand slipped upward with agonizing slowness. Her stomach rose and fell as his fingers splayed over her heart. Kris's breathing quickened into a pant, every nerve ending igniting.

His eyes moved up to her, communicating desire. "I care about you, Kris. I was happy when you showed up tonight. I was afraid you didn't feel the same way about me."

"Are you sure you want to do this?"

Kris reached behind his head and pulled him down. Her thoughts scattered as she banished Nicole's disapproving ghost to the dim recesses of her mind. 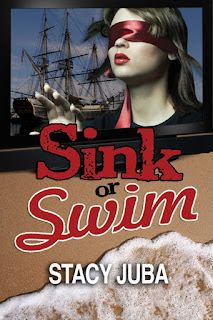 
Personal trainer Cassidy Novak garners popularity and fame while starring in a hit reality show. She catches the attention of an obsessive stalker that turns her well-ordered life topsy-turvy. As Cassidy's competitors disappear in a string of murders, she teams up with Zach Gallagher, the photographer tasked to record her personal moments for a local newspaper. Is Zach trustworthy? He shadows her as easily as the stalker. Cassidy hates the bizarre rules in this guessing game, but when her stalker forces a showdown, she plays to win.

Cassidy sat poised in her chair as former contestants filed onto the soundstage at WBC in New York. Together, the studio audience and television viewers had watched the recorded footage of her walking the plank. Gabriel would now interview the competitors from the inaugural season one final time.

More importantly, he would announce her prize. If it erased most of her debts, then it would at least make this whole embarrassing experience worthwhile. Cassidy’s heart kicked in her chest and sweat moistened her brow.

As one of her old teammates entered, her heart rate skyrocketed for a different reason. Josh Sanchioni slid into a bucket seat, carrying himself stiffer than normal in his sharp gray suit. Studio lights caught his sunbleached strawberry blonde waves, brightening the reddish gold tints.

Cassidy slipped her gaze to his leather shoes. If Josh hadn’t been engaged, they could have been an item. Instead, they’d been good friends until that one evening when the cameras were off and they almost kissed. They’d both realized their mistake and backed away. Things were strained until Josh walked the plank a week later.

Tonight, not only did Cassidy have to face Josh, she would probably meet his fiancée.

Her cheeks heating, Cassidy focused on the competitor beside Josh as a distraction. Adam Horton sat erect, hands folded in the lap of his olive green khakis. He wasn’t military, but he dressed like an Army wannabe. His reptilian eyes drilled into Cassidy, his angular face revealing the shape of bones underneath. A blond goatee darkened his pointy chin.

Cassidy shuddered involuntarily. Adam never said much, but he made her uncomfortable just the same. 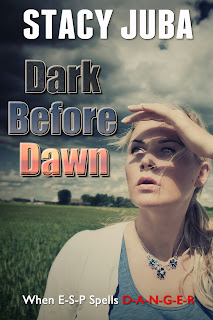 
If you could control minds...would you? It's hard enough for Dawn hiding that she's a teen psychic from her new classmates and new step-family, but it gets even tougher when she learns that ESP spells D-A-N-G-E-R. When Dawn gets involved with a fortuneteller mentor and two girls who share her mysterious talents, she finally belongs after years of being a misfit. When she learns her new friends may be tied to freak "accidents" in town, Dawn has an important choice to make - continue developing the talent that makes her special or challenge the only people who have ever accepted her.

Dawn gave an involuntary shudder as they drove past the beach. The gray tide pitched forward, swallowing the slick mirror of sand. She gazed down at her knuckles, fisted in her lap. Her mother and Jeff worshipped the ocean, but to her it was a mysterious monster foaming at the mouth.

She heard Ken's voice rambling about some girl, Renee, and how he planned to approach her at her locker. Renee had a boyfriend, but Ken had seen them fighting a couple times over the summer. Maybe if he started saying hi to her, he’d have a chance. After all, she’d smiled his way at the movies last weekend. At least, Ken was pretty sure the smile was meant for him. All his friends were getting hooked up and he wanted to find someone special.

Dawn turned away from the beach, surprised and a little flattered that Ken was confiding in her. "What’s she’s like?"

"You listened to me talk to Billy last night, didn't you?" he demanded. "I don't believe this. I don't get any privacy."

Hot numbness swept over Dawn’s face. Oh, no. Ken hadn’t been speaking aloud just now. She’d picked up on his thoughts. Every once in awhile, that happened and Dawn couldn’t control it. Sometimes she caught on and managed to avoid making a fool out of herself. Other times, she blurted out something dumb. You idiot, you’ve got to think before talking, Dawn chastised herself.

"What were you doing, standing outside the door?" Ken asked.

"I walked by your door when you were on the phone. Sorry, I didn’t mean to overhear."

"I didn't do it on purpose." Dawn swallowed as he tightened his grip around the steering wheel. What an awful day, and it was only 7:15 a.m.

"Why’d you bring up Renee now?"

That was exactly what Dawn wanted to do.

"Sure." She let out her breath as Ken fixed his attention on the road.

This curse had haunted her since she was seven. Dawn never confided in anyone that she was psychic, but whenever she slipped, other kids shrank away from her. Like last year, with Samantha, a transfer student Dawn tutored in math. She and Samantha hit it off until Dawn asked why Sam’s father was in prison. Samantha's eyes narrowed and she asked how Dawn knew that. No one knew that. Soon, Samantha found a new best friend.

At least Ken had accepted her apology and his own explanation, even though it made her look nosy.
Something made her turn her head. A weather-beaten cream cottage rose on a bluff, stunted and defiant against the broad swath of sky. Shades blocked the windows and silver wind chimes swayed from an overhang on the white-painted porch.

Iciness dripped over her body. A word detonated in her mind. 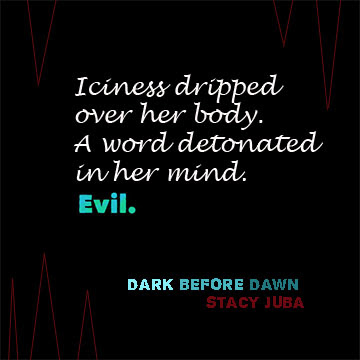