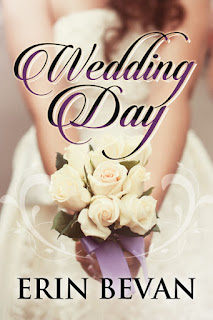 Famous Bull Rider Dallas Day met Cassie Bailey briefly in high school, but her plain looks and quiet personality left no lasting impression on him. Cassie, however, couldn’t say the same about Dallas. Their paths cross again ten years later when Dallas is home recovering from an injury, and Cassie is the only veterinarian who volunteers her services at the home-town rodeo. She’s jump-starting her new practice, and every eligible man within a ten-mile radius is trying to land a date with the attractive vet. Dallas’ older brother bets him that, even with all his charm and fame, Dallas can’t land a date with the reserved lady vet. Not one to turn down a challenge, Dallas makes it his mission to win a date with Cassie. After seeing her, he realizes they’ve met before, but he doesn’t remember her being so pretty. His persistence pays off, but when Cassie finds out about the bet, their new love is put to the test.

“Is there anything I can help you with?” A deep voice asked from behind her.

“No, I think we have it.” She hopped down from the pen. Glacier blue eyes locked with hers. She would know his eyes anywhere. Her heart quickened just as it did the first time she’d ever laid her gaze upon him, and a tingling sensation shot through her.

Tucker, you have Tucker.

Where was he, anyway? In her haste to get ready, she’d forgotten to call him.

“Dallas? Yeah, we can use a hand.” Chevy still fumbled with the lock. “Can you come over here and help me with Knuckle Head? Dr. Bailey wants him to walk around so she can get a closer look.”

“I would love to help. That’s why I’m here.” Dallas jogged to the front of the bull and grabbed the lead rope with his left hand. A plastered cast circled his right wrist and rose halfway up his forearm.
She turned to Spencer and furrowed her brow.

Spencer stared back at her and displayed her pageant winning 2005 Miss Frisbee smile, her thumb up in the air. Some friend she was.

Dallas and Chevy led the bull out of the pen while she observed the bull’s gait.

“Let’s get him over by a water hose. I want to get a closer look at his foot.” She pointed toward a washing station and followed behind the men as they led the bull, sure to steer clear of Knuckle Head’s hind legs in the event he wanted to kick her.

From her position, she had a clear view of Dallas’s backside. Everything appeared to be as tight as she remembered, which did nothing to settle those distracting tingling sensations.

Erin Bevan was born and raised in Southwest Arkansas. She spent her teenage years working for her aunt at the local gas station flipping burgers and making milkshakes, dreaming of the day when something better would come her way, and it did in the form of a five foot six, one hundred and fifty pound engineer.
Fast forward ten years later, she found herself stuck inside an apartment in South Korea while her daughter went to preschool and her husband went to work. Alone and unable to speak the local language she turned to books for a friend. After reading a few hundred in such a short time, she decided to try her hand at writing one.

That first one sucked, but by the fifth and sixth book, Erin started to get the hang of this writing thing. Getting the first contract in the mail was a dream come true. Now, with three babies at home, she squeezes in stories one word at a time, one sentence at a time, one day at a time.

She’s a full time mom, a full time wife, with a little writer sprinkled in whenever she can get the chance. And the laundry? Well, it’s best not to open the washroom door!