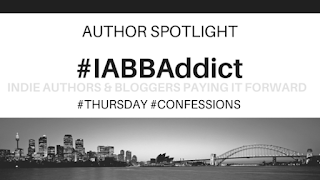 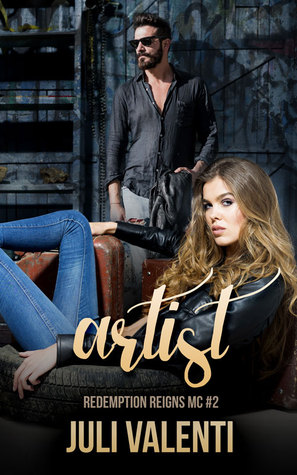 
Cecili “Artist” Warren knew what she was getting into when she asked to prospect for Hells Redemption Motorcycle Club. At least, she thought she did. What she hadn’t been prepared for was the grueling training, long working hours at her tattoo shop, and falling for the man who’d tested her limits day after day.

Shakespeare Carter, Vice President of Hells Redemption, was ruthless in all aspects of life – from his role within the club to the demands he placed on Artist. It was no secret he was a hard man, but even ice melted when confronted with fire.

After a close friend of Artist’s is shot during a hit on the club, she becomes determined to seek out retribution. Little did she know that would be much harder than any of them ever expected.

With Shakespeare’s help, can she prove to be as strong as he thinks she is? And, more, will she come out alive on the other side and still recognize herself?

“How many times do I have to tell you not to lean on your back foot when firin?’ That’s why you’re missin,’” Shakespeare barked, scolding her, and it took everything she had not to bash him in the face with the butt of the rifle.
It had been eight months since Artist had been given her prospect patch and officially started her road into being a member of Hells Redemption. Since then, she’d been put through grueling tasks and training, testing her worth and her dedication to the MC, and to herself. Most days she fell in bed exhausted, too tired to think or relive the days. But some days, days like today, she was almost driven to violence.
“I’m trying, damn it,” she whispered through gritted teeth, re-centering herself to the target and preparing to fire once more.
Since Poet had put Shakespeare, HR’s Vice President, in charge of her gun skills, it was his pleasure to put her through hell. When she got up in the morning, it was a vigorous workout routine before hopping on her 2013 CVO Harley and meeting him at the shooting field about seven miles from the clubhouse. There, he would quiz her on the weapons he brought, put her to task cleaning and putting them together, before spending hours target practicing. From there, she was sent on her way, sore and exhausted, to her day job.
It wasn’t the training, the gruelingly long days, or the chill of the New Mexico winter that bothered her, though. What bothered Artist was the man’s attitude. Shakespeare was constantly on her ass about everything – her feet weren’t perfectly positioned, her arm wasn’t extended the way he wanted it, she was relying on sights instead of instinct. It was irritating as hell. Two months ago, she'd called him on it exactly one time.
“Excuse me, prospect?”
Her blood chilled, immediately cooling her temper at the tone of his voice. Her VP’s face had hardened, an eyebrow raised, framing a dangerous expression. Artist sighed, knowing she’d lost the battle and points before she'd even been given the chance to play.
“Nothing, VP. Sorry.”
The man standing before her seemed impossibly large, his stature almost dwarfing her as he stepped forward. He grabbed the pistol from her hands and leaned in close. “I’ll stop treatin’ you like a fuckin’ idiot when you stop actin’ like one. We’re done for the day. Get gone.”
Artist nodded, her eyes to the grass and dirt at her feet, ashamed to look at him. She knew better than to snap at any of the members, especially him, and it didn’t take a rocket scientist to know he was going to tell Poet. Who, in turn, would tell Titan. The day was getting better and better.
“Oh, and Artist?” he called, causing her to turn back. She swallowed her pride and glanced up at him, meeting his eyes with sheer force of will though fearing the threat that was sure to come. “Free pass this time around – but don’t push me. You won’t like what happens.”

***GIVEAWAY***Sometimes... Sometimes the littlest things can bring the biggest smiles.And so, having finished Harry...
Posted by Author Juli Valenti on Tuesday, March 1, 2016