SECRETS FROM A DANGEROUS TIME 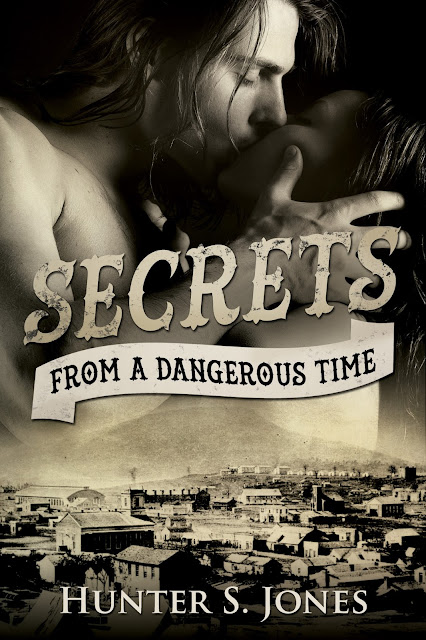 Chaos reigns in a lawless time filled with revenge and betrayals. Following the American Civil War, the Southern States are reeling under the revenge taken on them by the victors.

Casey King must change her name, fake a marriage and forget modern comforts to survive within the world she now finds herself - 1873 post-Civil War Reconstruction Era Chattanooga, Tennessee... a world full of violence and mystery.

The charismatic Dr. Garrett Cleighton, a mixed heritage Cherokee, decides to give her a part in his traveling medicine show. Casey takes a chance in order to hide her secrets. Dr. Cleighton could betray her or he might keep his promises. Can his band of musicians, entertainers and misfits keep Casey safe through the turmoil? Will she survive?

With that, he removed another blanket from the back of the saddlebag. “Here, place that over you.” He picked up the saddle and sat it down on the east side, which did help block the breeze that was starting to blow colder. He stretched those long legs out on the ground and put his arm over the saddle, propping himself up to look up at me. His long, blond hair seemed to glow in the light. The nearness of him made my skin tingle and my pulse race.

After a pause in which the night sounds combined into a symphony, Garrett took a long drag from his cigarette. He looked at me, eyes raised and moving from my chest to my face. Even with the blanket over me, it felt as if he could imagine me naked. As he looked at me, he whispered, “What I want to know, as a man, is why you aren’t wearing a corset and why your breasts are in some kind of harness.” He exhaled the smoke slowly and continued, “But, as a gentleman, I’d best not be asking about such things. Why don’t you explain to me what you do in Atlanta all day?”

The wind whipped around my face and I knew he could hear my heart pounding in the stillness of the night. What a sexy thing to say. Is he attracted to me too? I felt the sky going dark before I was able to respond to his question.

The sensation of Garrett taking my face in his hands brought me to the surface. “Girl, I can’t let you lose consciousness yet due to the injury to your head. Stay with me now. We are going to keep you awake by talking. Don’t you be passing out on me or going to sleep.” He revived me by patting my face with his hands and massaging my throat with his long fingers. He removed one hand and inhaled from the cigarette, blowing the smoke directly at my nose and mouth.

“Why did you do that? That tobacco smells terrible,” I said.

“It works every time. I knew that it would revive you.” He laughed. “Now go on. Tell me about yourself, seeing how we are stuck out here in the middle of nowhere with not much else to do.” 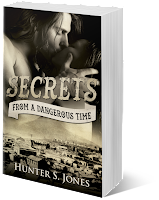 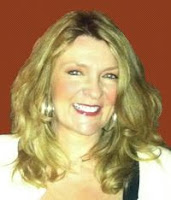 Deb Hunter writes fiction as Hunter S. Jones. She is a member of the prestigious Society of Authors founded by Lord Tennyson, Rivendell Writers Colony, Historical Writers’ Association, Historical Novel Society and the Atlanta Writer’s Club. Her Tudor History blog, Fear and Loathing in Tudor England, is a reader’s favorite. Originally from a Chattanooga, Tennessee, she currently lives in Atlanta, Georgia with her Scottish born husband. Her best seller, PHOENIX RISING, a fictional story of the last hour of Anne Boleyn is available on Amazon.com and at a bookstore near you.

SECRETS from a DANGEROUS TIME is a multi-dimensional series set in post-Civil War Reconstruction in Chattanooga, Tennessee and the north Georgia. This series is an Amazon Exclusive available via MadeGlobal Publishing.