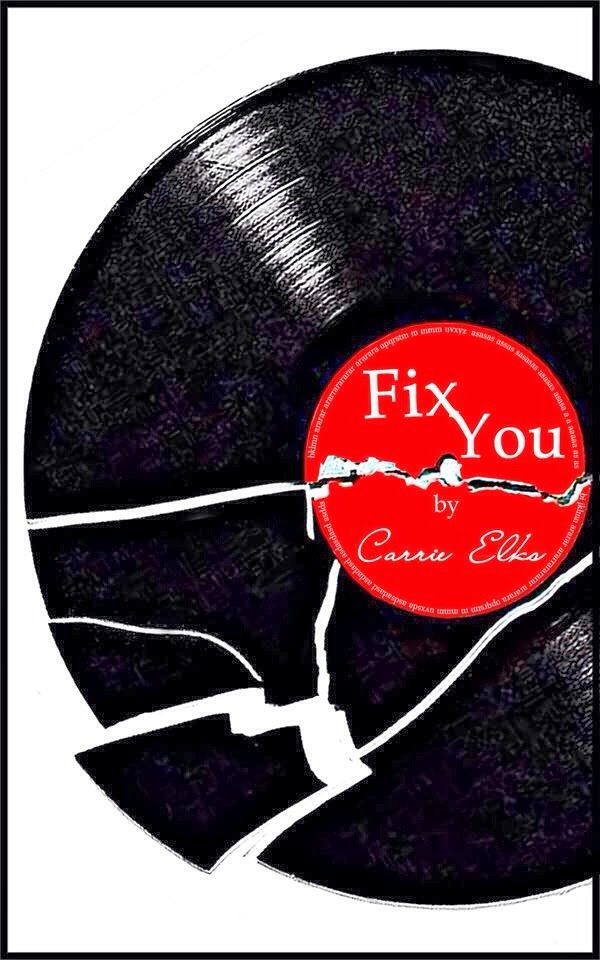 "Richard, we had a baby."
31st December 1999. Seventeen-year-old Brit, Hanna Vincent, meets New Yorker, Richard Larsen; a Columbia student and step-son of scion Leon Maxwell. Divided by wealth, distance and a common language, an unconventional friendship grows between the two.
From London to New York, from 1999 to 2012, Fix You follows the story of quirky, music-loving Hanna and handsome, driven Richard as they fall in love and are torn apart. Their tempestuous relationship leads to an explosive revelation that threatens to destroy them both.

Emotional and touching, this is a story of second chances. Is their shattered love beyond repair?

Prologue
May 12th 2012
Richard had filled out nicely since she had last seen him. The thin cotton of his shirt clung to his biceps, skimming his taut abdomen as it tucked into his dress pants. His hips were still lean and tight, and she closed her eyes as she tried not to remember how they had felt between her thighs, as he had moved inside her, breathing softly in her ear, as she had moaned and whimpered and—
She shook her head. She wasn't standing in his large, oak-panelled office just to take a trip down memory lane, as pleasant as that might be. She had flown here, over three thousand miles, to tell him what he deserved to know.
Inappropriate laughter bubbled up in her throat as she considered the ridiculous melodrama of the situation. Her 17-year-old self would be rolling her eyes, wondering how this 29-year-old woman had managed to turn a seemingly promising life into a soap opera.
She glanced up at his face, looking at his lips, which had turned down into a deep scowl. His eyes had narrowed beneath his brows, and his straight, patrician, nose was slightly crinkled in response to her presence.
The contempt he felt toward her was radiating from him.
Hanna tried to keep her breathing steady, reminding herself that although she was in his office, on the penthouse floor of his building, this was her show.
She was in control.
If he viewed her with contempt now, God only knew how he would feel once he'd heard what she had to say. He had been an integral part of her life for so long—as a friend, a confidante, even a lover—but never before did he have the power to break her.
"As nice as it is to see you," he drawled, the tone of his voice making it patently clear that her being in his office was anything but nice, "I have a meeting in five minutes. Exactly what is it that you want?"
He had no idea, but this was it. Time to open her mouth and tell him what he needed to hear. Her arms suddenly felt heavy, and her fingers trembled; a physical manifestation of her nervousness. Her laughter was replaced by something more unsettling, as she tried to take in a deep breath and form the words that she had travelled all this way to say.
Her tongue darted out to moisten her lips. She watched his gaze move down to her mouth, staring at it with dark eyes, as her teeth drew in her bottom lip.
"Richard." Her voice was surprisingly strong. She could do this. She could tell him the truth, and then get the hell out of here.
Back on a plane.
Back home.
Back to him.
"Richard, we had a baby."

Carrie Elks lives near London, England and writes contemporary romance with a dash of intrigue. At the age of twenty-one she left college with a political science degree, a healthy overdraft and a soon-to-be husband. She loves to travel and meet new people, and has lived in the USA and Switzerland as well as the UK.

An avid social networker, she tries to limit her Facebook and Twitter time to stolen moments between writing chapters. When she isn’t reading or writing, she can usually be found baking, drinking wine or working out how to combine the two.