#GIVEAWAY for The Truth Seekers by Elizabeth Lawrence

These copies of The Truth Seekers are from the author's personal stash. Only twenty-five numbered copies exist, so when they're gone, they're gone! Click the giveaway link below and enter today! 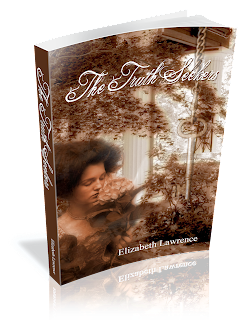 
At the turn of the century, the Victorian upper classes live in a vibrant but strictly-ordered world that encourages gentle, intellectual pursuits. Theirs is a life of ease and elegance, but it can be snatched away from them in an instant if the rules of polite society are not followed. Gothic novelist Geoffrey Hawes has never been willing to let such restrictions hold him back, and he refuses to honor conventions for which there is no discernible value. When he spends a social season in a community created to celebrate the Arts, music, and philosophy, he is unexpectedly befriended by the daughter of the Governor, Miranda Claridge.


“I have not been humoring you, Miss Claridge. On the contrary, I am intrigued that such a refined and doubtless well-protected woman as you should carry such sorrow. Will you not confide in me?”
Her answering smile was wry. “Am I to provide material for your next book? I assure you, there is nothing I could hope to offer that would interest you or your readership.” The words were bitter, but her tone was not.
“I would tell you that you will not appear in my work, but that is beyond my power. Pieces of every person I encounter have a way of appearing in my books, whether I will it or no.” Moved by some inexplicable impulse, he reached out and took her hand in both of his. “Let me assure you, however, that I am most anxious to know what troubles you so.”
“You are very kind,” she said.
“That surprises you?”
“A bit. You do not strike me as a man who interests himself in the problems of a mere girl, least of all a naïve and inexperienced one such as I.”
“This is perhaps true,” he allowed. “Yet I sense, Miss Claridge, that there is more in your heart and mind than I would expect to discover in a woman of your upbringing.”
“I very much doubt that, sir. In truth, from infancy I have been schooled to have as little on my mind as possible.”
Her eyes returned to their perusal of the lake, but he continued his examination of her face.
After a moment, he responded. “Be that as it may, I think there is quite a good deal in your mind, and in your heart, too. I very much hope that I am nearby if ever you should decide to divulge it.” 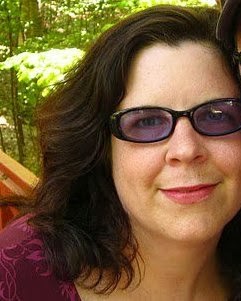 
Elizabeth Lawrence is the author of both contemporary and period romances. Each book incorporates its own unique blend of humor and reverence, the peculiar and the mundane. In addition to her novels, Elizabeth serves as a freelance editor. A lifelong writer and former paralegal, Elizabeth divides her free time between her husband and two sons, her three cats, her collection of cozy murder mysteries, and her mildly severe caffeine addiction. A native of Lawrence, Kansas, Elizabeth now works from her home in Cleveland, Ohio.