Grave Possession is the final book in the Wraith Series. 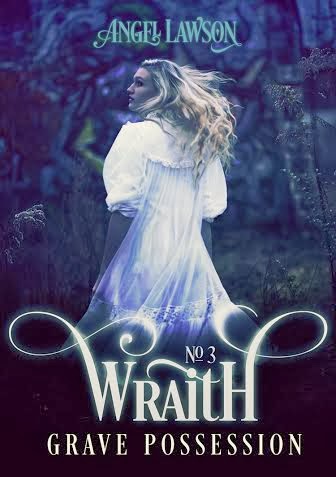 Strong.
Loyal.
Independent.
These aren’t the words Jane expected to use to describe herself, but in the years since she first began seeing ghosts things have changed. A lot. Jane has spent the last two years losing one person after the other. Both dead and alive. But this year things will be different. She’s entering her freshman year of art school, rooming with her best friend Ava and has a new boyfriend. Oh, and she’s no longer afraid that she’s Shadow Bound with a direct connection to ghosts. In fact, she’s learned to use her abilities for her benefit.

Jane soon discovers she can’t walk away from her past. The wounds from her battle with Charlotte are deep and no matter what she tells herself, the break up with Connor weighs heavy on her heart. Balancing these emotions prove to be a weakness for her and Jane finds herself in a fight against the most dangerous spirits she’s encountered yet.


ADD it on GOODREADS

Angel Lawson lives with her family in Atlanta and has a lifelong obsession with creating fiction from reality, either with paint or words. On a typical day you can find her writing, reading, plotting her escape from the zombie apocalypse and trying to get the glitter out from under her nails.

She is the author of five books, including the Wraith Series, Serial Summer, FanGirl, and Vigilant. She is the co-author of the New Adult Paranormal book, Odin's Murder with Kira Gold. She has one other New Adult title, No Regrets, under the pen name Lila Atkinson.