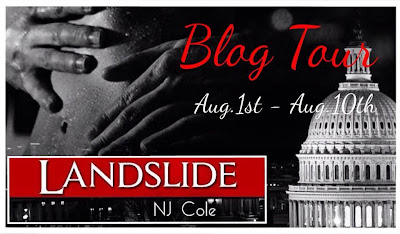 Blurb: Senator Maxwell Joseph has it all—money, power and good looks—the trifecta when it comes to attracting the ladies. He even has women willing to be tied up, spanked and fucked all while calling him Daddy, fulfilling his secret fantasy. On the night of his thirty-fifth birthday he finds a goddess waiting for him in his hotel room. She is beautiful, sexy and very willing, yet the fruit she offers is very forbidden. Not only at nineteen is she barely legal, but she is the daughter of his best friend and political advisor. Mackenzie Wade has had a crush on the senator for years, and when an overheard phone call affords her the opportunity she needs to make her fantasies a reality, she jumps on the chance offering herself as a birthday gift. Throwing caution to the wind, Max gives in to temptation and gives them both what they have been yearning for—a night filled with ropes, floggers and toe-curling sex. Although satiated, one night of passion wasn’t enough for either of them, and they began a clandestine affair of the solid ground on which he’d built his career now began to shift as his wants and dreams for the future began to change. In what he can only describe as a landslide, Max hold on tight to the only thing that he can, Kenzie, and goes on the ride of his life, knowing all along that in the end, he may have to make a choice between the woman of his fantasies and his career. 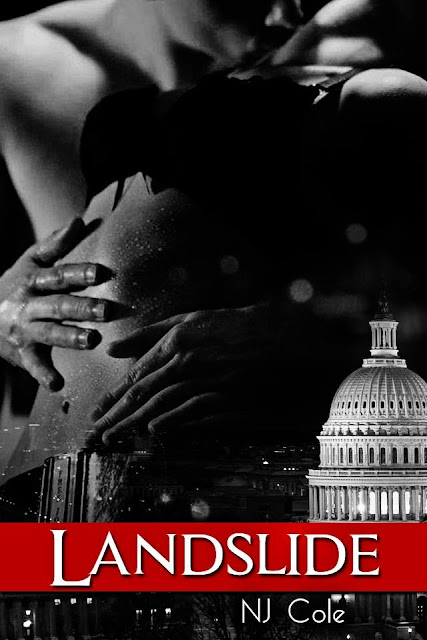 “Mackenzie! What the hell are you doing?”

The way she said my name made my dick rock hard again.

“Mackenzie, this is completely inappropriate.”

“Who gives a fuck if it’s appropriate or not,” she said, rubbing her thighs together. “And I know you want me. I saw how you were looking at me earlier. I even know what you’re into.”

My stomach dropped. Could she mean she knew about my sexual preferences? “What are you talking about?”

“Oh, I know. I overheard my father talking once.” She got off the bed and walked over to me, her eyes never leaving mine as she crossed the room. She grabbed hold of my tie and began running her fingers over it. “I know exactly what you are into, Senator Joseph.”

“Mackenzie, you’re what…sixteen years old?” I questioned, grabbing her wrist and removing her hand from my tie.

“Sixteen? You sent me a graduation present last year,” she laughed. “I’m nineteen. My birthday was just last week.”

She was legal. I’m sure she said more, but all I heard was that she was nineteen. I had also caught something else she said a moment ago. She’d mentioned that she knew what I was “into,” and I needed to know what she meant.

“What is it you think I’m into?” I asked with more authority than I felt at that moment.

“You like to tie up little girls and fuck them. Isn’t that right, Senator?”

Her words made my dick twitch. The summary wasn’t exactly accurate; I didn’t like actual little girls, just women in their early twenties who were willing to dress up for my fantasies. What I gathered from her statement, though, was that she wasn’t repulsed; she sounded excited at the thought.

There were a million reasons I shouldn’t do this. She was barely legal. She was the daughter of my top advisor…and best friend. I wasn’t prepared. We didn’t have any sort of contract. I had no clue what her limits were. It just seemed wrong, yet all of that flew out the window when she looked up at me and licked her lips.

“Don’t you wanna tie me up and fuck me, Senator Joseph?”

She dropped to the floor instantly; when she did, I walked around her and pulled her hands behind her back. “So you want to be tied up? To offer yourself to me? To please me?”