Howdy to all my delightful readers! I had a wonderful weekend building and planting two raised garden beds – fresh cooking here we come! While I took the weekend off, To Serve is Divine was getting mentions around cyberspace so I wanted to share!

And the Goodreads winner came back to leave her 4 Star Review of TSID:

I won this book in a give away and was really happy because I would have purchased it anyway. I really enjoy this genre and because of this I a bit hesitant to add new authors to my must read list. I am glad I read this! The scenes were hot and realistic, the story line was pretty well developed especially toward the end and I am excited to read the next story about Erin's development as Jaydens sub. The only thing I really didn't like was Catherine spoke in the third person. I understand its a common practice in the lifestyle but personally I am not a fan! So really my only issue was not an author issue but my own! K. Payor

Thanks to all of you! 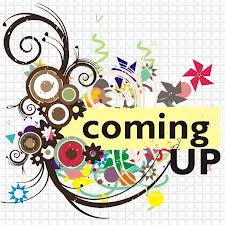 While I am working on A Divine Life, Book 2 of The Divine Trilogy, I'm also working on a novella for inclusion in a Beach Reads anthology coming this July from Renaissance Romance Publishing. Here's a little (unedited) sneak peak:
Most of the two acre property was overrun with large cypress trees whose branches slumped under the heavy weight of Spanish moss. In the waning afternoon sunlight, the shadows created by the vegetation made it easy to imagine a wispy figure shrouded in the moss, watching me while I walked from the car to the house.
I paused and squinted while fumbling for the glasses perched in my hair. By the time my specs were on my face, the image was gone and I laughed at the cold shiver that caught me off guard. The air was the typical muggy warmth found on the coastline this time of year, and I was sure the chills had come from the fact that we’d just spent several hours in an air-conditioned vehicle.
With a shrug I moved to the porch and dug out the key the Realtor had sent us with our closing paperwork, unlocked the door – with some effort as it was sticking – and entered.
It’ll be an adventure. We’ll have fun.
I had to remind myself of the words I’d used to beg Rick to give this crazy idea of mine a try while I looked around the dusty and dank living room.
“Lorraine, how much should I . . .”
Rick’s voice halted behind me as he got his first look at the place. I turned with an apologetic expression in place.
“We knew it needed work when we got it so cheap.”
Nothing was said for a few minutes while we looked at each other from two feet apart.
“Raine . . .”
I didn’t like the emotion in his eyes: tired and doubtful.
“We’ve got a busy three months ahead,” I offered, and tried to sound upbeat.
He sighed, and nodded in reluctant defeat.
I hadn’t asked him to go on a murdering spree – just to spend some time with me without dockets, depositions, case files, and everything else that had become the center of his world. Stubborn as ever, I plodded forward ignoring the vibe coming off of him which made it clear he didn’t want to be here right now.
“Let’s do a quick walk through and get a starter list together. We’ll make a run to the store so we can get settled in tonight and then have an early start in the morning.  I noticed a Wal-Mart on the way here through town – it’s off the main drag.”
“Sure, Raine. Whatever. I’ll just get the rest of the luggage brought in while you start on your list.” With that he set down the two cases he’d carried in and disappeared back through the rickety door, the screen door then emitted an abrasive squeak as it resisted use.
“Rick,” I called after him, but he didn’t stop.