Good morning happy readers! Hope you had a fabulous weekend? I'm here to start the week off with the first author to take up my offer of being a guest. Allow me to introduce:

Amylynn read her first romance novel in 2008 after being a lifelong literary snob. By the time she was done, she was hooked.

She is an Arizona native and lives in the same house her husband owned before they were married. Amylynn fears she will never call another state home unless someone tells her husband there are forty-nine others to choose from. In reality, she'd settle for a walk-in closet.

Her family consists of the aforementioned husband, two beautiful children, two dogs, two cats, some fish, and a hankering for a panda. She'd like it mentioned she's never been in prison, but we'll see how that panda thing works out.

Now for some random questions – because those are always the most fun!

If I gave you an elephant where would you hide it?
Oh. My. God. Are you giving away elephants because I would really, really like to have one. I have no intention of hiding it. I find that when you have something you're not supposed to, such as an elephant, the best policy is to leave it right out in the open and then simply deny it exists. Repeat after me, "What elephant?"

Why isn't the number 11 pronounced as onety one?
For the same reason 12 isn't pronounced onety two. Onety one is just stupid. Like when all those people argued that the year 2001 would be pronounced "ought one". **eyeroll**

Which is your most favorite book ever?
I don't have a favorite book. I have favorite books in different genres. If you want to laugh out loud, I assure you A Walk in the Woods by Bill Bryson will make you pee yourself. I'm also a huge fan of A Prayer for Owen Meaney by John Irving. My favorite romance is The Princess Bride by William Goldman but my fav historical romance is The Madness of Lord Ian Mackenzie by Jennifer Ashley - astounding book. I have a first edition copy of To Kill a Mockingbird that I consider my greatest possession. I've also got a first of Lonesome Dove by Larry McMurtry that I've been trying to get signed by him for years. I'm diverse. I'll read anything that's not moving.

If you were stranded on a lonely beach, what are the five things that you would want to survive?
Funny you should ask. I have a recurring fantasy where I find myself just as you've described. I have what I need all worked out: a trunk full of books I've been dying to read but don't have the time (Don Quixote, The Name of the Rose, etc.), a hammock, sunscreen, a Snickers bar for emergencies and a case of water.

Do you speak with your dog? Not only do I speak with my dogs, but we sing, sleep and tell secrets while we braid each other's hair.

Which is your favorite genre of movies? (Comedy/Romance/Suspense/Action/Horror)
I have an affinity for action movies, especially super hero movies. In fact, I sometimes wonder if I'm not really a guy based on my film choices. I can't tell you how many times I've seen 300. I'll try to tell you it's because I was a film major and I am captivated by the filming techniques. Yeah, my husband isn't falling for that either. He's starting to get a complex. And then Thor came out. Oh dear.

If given a chance to skip work for a day, how would you spend the entire day? I'd sleep late and then roll out of bed around eleven. Head over to my favorite cafe for an omelet and toast where I'd sit for several hours writing on my laptop. I'd take in a movie and eat a huge popcorn. Somehow I'd want to fit in a two hour lunch with my Sisters. And then read an entire book.Eventually I'd want to snuggle with my kids till we all fell asleep. Sigh. Sounds lovely.

What is the craziest thing you've ever done? I constantly surprise myself with the wacky things I've done. I've bungee jumped, raced Nascar and Van Diemen open-wheel race cars, and I crashed a major political party to meet Robert Redford. My Sister and I have been working on a plot to get a panda bear. Honest to God, you never know what I'll be willing to try. Still - the craziest thing? I wrote a book. I know! I can hardly believe it either.

Oh my goodness, you are cracking me up! Those are some fantastic answers, and with your witty comebacks, I've no doubt your book will be amazing! For the readers that agree with me, here's the 4-1-1 on Amylynn's book ~
Lady Belling's Secret:

BLURB:
Francesca Belling is torn between two worlds—her past infatuation with her brother’s best friend and her future obligations. She never intended to end up in the bed of her longtime crush, Thomas Wallingham but that’s exactly where she finds herself.

Unfortunately, mail is slow during a war. She thought he knew everything. He had never suspected.
Thomas has always wanted to be a part of the Belling’s family but he was too foolish to grab the chance when she threw herself at him before. Instead, he ran off to war.  Emboldened by his new-found appreciation for a grown-up Francesca, he finds that dream is within his reach.

If she thinks he’s running away this time, she has no idea what she’s in for.

Where you can find Amylynn Bright: 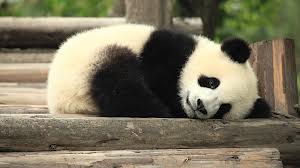