B@@K REVEAL: Hidden in the Capitol by B. Ivy Woods #PreORDER 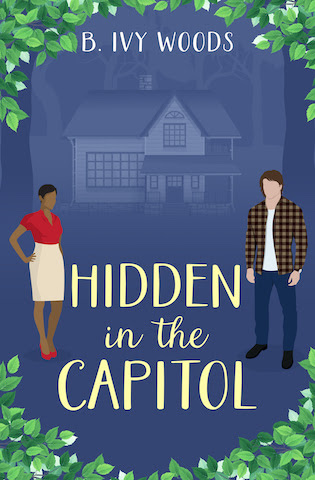 Eve Jackson stumbles upon a secret that was never meant to see the light of day. She’s a journalist and it’s her job to find the story. But when she becomes the story, it’s time to get out of dodge. With the help of Kane Slade, the man who is the opposite of everything she thinks she wants, she bolts out of town.⠀
⠀
Kane doesn’t think twice about rescuing Eve. He happens to be in the right place at the right time. He also believes they could rekindle the chemistry they had during a one night stand several years ago. Most days he can be found running a foundation that supports veterans, but has always been secretive about his side gigs. After things get heated in Washington DC, he invites Eve to stay with him in his hometown, Capitol, Virginia. What starts out as a small vacation quickly turns dangerous.⠀
⠀
Nothing stays hidden in the Capitol for long. 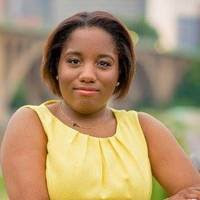 B. Ivy Woods has been writing for as long as she can remember. After getting her Bachelor of Arts in Political Science and Environmental Policy and a Master's in Energy Policy and Law and working in the environmental field for several years, she decided to become a stay-at-home mom. That is when thoughts of a writing career really took off. Although she competed in NaNoWriMo multiple times, 2019 was the first year that she won. This win inspired her to make writing a career. Her debut novel will be self-published in 2020.

Although she is originally from New York City, she currently lives in the DMV (Washington, D.C., Maryland, Virginia) with her husband, daughter, dog, and cat.