NEW RELEASE: The Other Side of the Streets by Maria Gibbs

The Other Side of the Streets


Rio, Brasil has always been split in half. Marcos Martinez is from the half where homelessness and poverty is the norm. The son of a man who lived on the streets until he was adopted at the age of twelve, Marcos has made it his mission to defy the norm and make something of his life.
Gio Silvas knows only the lifestyle of the other side. A billionaire’s son, he’s a selfish, weak, narcissistic bully who thrives on hedonism, vibrant carnivals, and untold wealth—a lifestyle where the word “no” is not part of his vocabulary. When Gio falls for Marcos’ twin sister Caro, a hard life lesson is heading his way. Will he see the error of his ways and change, or will his love for Caro push him and her family past the point of no return?
Familiar characters await, along with new, to both entrance and appall in this third instalment of the Children from the Streets series.
Come. It’s time. Carnival is upon us. Are you ready to return to the streets?


If you haven't read the first two books in the series, you can pick them up below:


A Boy from the Streets

Two babies abandoned at birth—one grows up in a life of privilege, the other in poverty.


On the 12th of September, 1981, twin boys are born in a Brasilian hospital and left to their fate as orphans. Jose is adopted by a couple who takes him to England, but the other isn’t so lucky. Pedro ends up on the streets of Rio, left to fend for himself in a harsh and unforgiving world.


Twelve years later Jose’s family returns to Brasil, where he learns the truth about his adoption and his twin. Thinking his adoptive parents no longer want him, he runs away to find his brother. What follows will shake Jose to the core and shape the rest of his life—if he can survive.


Jose isn’t the only one whose life will change. Pedro is offered an opportunity beyond any of his wildest dreams, but to keep it will mean the betrayal of someone he loves. This proves to be a far greater challenge than he anticipated when the orphan finds himself suddenly surrounded by family who, unfortunately, don’t all have good intentions.


A Boy from the Streets will tug at your heart-strings and have you rooting for the little guy as you follow the twists and turns this multi-continental tale takes.


mybook.to/SinsFather
Sins of the Father


Having seen first-hand the results of starvation, abuse, and murder, Carlos Suarez knows all too well that the streets of Rio are no place for a child to grow up.


Because of his own history and subsequent rescue from that poverty at the age of fifteen, he makes it his life’s work to ensure opportunities are available to the future generations of Brasil’s homeless children—but no matter how many kids Carlos saves, it’s never enough for him.


Almost to the point of obsession.


Dedicated to his work, and haunted by his past, Carlos has never considered an intimate relationship with anyone, let alone another man, especially after that night. But when Fate throws him a curve ball, and his past comes screaming back threatening to destroy his future, Carlos will discover that redemption can be found in the most unexpected of places.


Guaranteed to tug at your heartstrings, Sins of the Father is a story you won’t be able to put down. 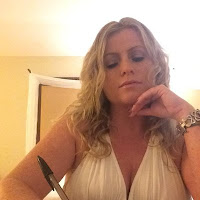