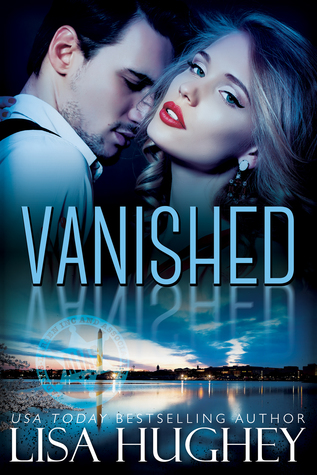 He will do anything to find his brother’s killer, even pretend to love his enemy.
His final opportunity…
On an unsanctioned quest, Scottish officer Hamish Ballard tracks his brother’s killer across the world… until he hits a dead end at Adams-Larsen. Jillian Larsen knows more than she admits, and he’ll do anything to uncover her secrets, even fake an attraction to her. But that fake attraction turns all too real, and using her when she was just a name in a report was easy, but he’s falling for his target.
Her first responsibility…
Jillian Larsen’s mission in life is helping people disappear to keep them safe. She has never betrayed a client, and when the Scottish hottie accuses her company of hiding a criminal, she has no intention of revealing her client’s whereabouts or giving in to her inconvenient attraction for the pain in her ass. Giving in means giving up and she’s never going to abandon her principles. But what does she do if the woman she helped turns out to be a killer? When her business partner vanishes along with their complicit client, can she use Hamish to track them down without risking her heart?
Their only chance…
He needs her resources. She needs his intelligence. Working together is the only logical choice, but it means jeopardizing everything.

Goodreads / Amazon / Barnes & Noble / iBooks / Google Play
—
EXCERPT:
Edinburgh, Scotland
“What now, Officer Ballard?” Fiona Thomas, Hamish Ballard’s boss at the National Crime Agency, let out a long-suffering sigh.
“I was able to trace Brianna Walsh to America.” Hamish leaned forward, perched on the edge of the uncomfortable chair across from his supervisor, as if he could will her to get excited about his success. He had exhausted all his leads on the woman responsible for his brother’s death. Until today. Finally, one of his connections at MI5 had managed to give him highly classified information about Brianna. Her last known contact was at some public relations firm, Adams-Larsen Inc. and Associates, in Washington, DC. “She’s using the name Beatrice Winter. I want to go—”
“You’ve got to let go of this obsession.” She put her head in her hands.
Brianna Walsh needed to pay. And she needed to be stopped before more people died. “But—”
“No more. If you keep pursuing information about Brianna Walsh, your job is in jeopardy.”
He kept his mouth shut but his expression must have given him away. Family was everything. He’d been raised to stick together. He’d forgotten that lesson for a while. But he would never forget again. Blood, family was everything—even in death, blood prevailed.
“Do you understand?” she pressed.
He didn’t answer.
Couldn’t answer. The rage and frustration that had fueled him for the past year had only grown after it seemed as if Brianna had just…vanished.
“Officer Ballard?”
“Aye, ma’am.” Hamish Ballard stood in front of his boss’s desk like a little kid in front of the headmaster and nodded while he lied through his teeth.
“Go on holiday for a week and get your head on straight. When you come back, I don’t want to hear anything else about the Walsh family. Her father and brothers are in prison. The rest of their empire is in disarray. The Walsh cousins are impotent and ineffective without them. Brianna served the Crown with her testimony. Leave. Off. Full stop.”
Hamish had no intention of dropping his quest for justice. He hadn’t been there for his brother in life, he wasn’t about to abandon him in death. “Aye, ma’am.”
“Get on with your fuckin’ life, Ham.”
He left the office…and headed to the airport.
He’d find his answers in America. In Washington, DC. At a public relations firm of all things.
He had one week to find Brianna Walsh. No fucking way was he letting this—her—go. 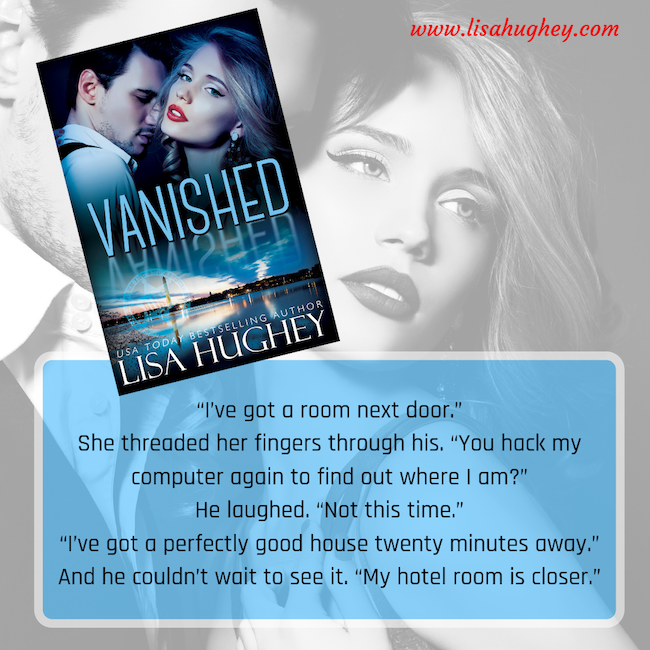 USA Today Bestselling Author Lisa Hughey has been writing romance since the fourth grade, which was also about the time she began her love affair with spies. Harriet and Nancy Drew and the Hardy Boys later gave way to James Bond and Lara Croft and Jason Bourne.
Exploring the complex nature of a profession that requires subterfuge and lies fascinates her. She loves combining her two passions into fiction. As evidenced by her Black Cipher Files series.
Archangel Rafe was her first foray into the paranormal but after spending time in the Angelic Realm, it won't be her last. At their heart, the Seven novels are about the dynamics of family relationships. But the really hot Archangels don't hurt.
And recently she's been immersed in the Stone Family novellas, four stories about a blended family of brothers and sister who have a lot more in common than they realize. But of course she couldn't just write about family and romance. There are complex plots, bad guys, and suspense too.
Lisa loves to hear from readers and has various places you can connect with her, although, shh, Twitter is her favorite.