BOOK BLITZ: A Woman Like Her by Hannalore Jones #GIVEAWAY 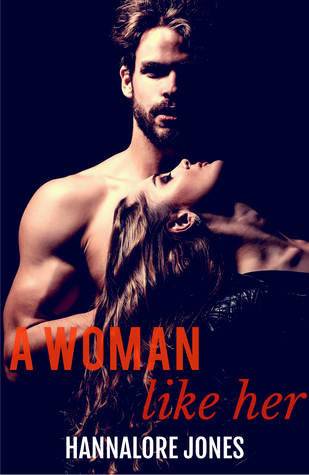 They thought they could control a woman like her.
Seri’s world shattered when they labeled her father a traitor. Three years later, the government that disavowed him makes her an offer she can’t refuse, sending her on a dangerous mission to seduce a man who’s planning a catastrophic attack. How far will she go to clear her father’s name—especially because she can’t seem to resist the Boy Scout who’s been assigned to protect her?
Sam has never lost his cool on an op—except that one time, and it nearly cost him his career. And he thought he knew everything there was to know about his new asset after reading Seri’s file. But he never expected to fall so hard for a woman like her. Now as they race across the world to save millions of lives, he’s willing to risk everything to keep her safe.


Goodreads / Amazon
—
EXCERPT:
He had to run to catch up with her in the hallway. “Seri, hold up,” he shouted, as she rushed to the elevator and jammed the button. “We have to look like a couple, if anyone’s watching.”
“Fine, we’re a couple having an argument,” she said, pushing past him into the elevator and crossing her arms.
He laughed. “Seriously, we have to find a way to get along,” he said. “And to that end, I should apologize. Earlier, I acted—”
“Like an asshole?”
He smiled. “Exactly. And I’m sorry. It was unprofessional and inappropriate.”
“. . . and you’re worried that I’m gonna file a report with your supervisor?”
“No, I’m worried that I fucked up our working relationship.”
“I didn’t realize we had a working relationship.”
“Well, we do now. I hope we can at least be civil.”
“I’ll be civil on Saturday night,” she said as they arrived in the lobby.
He chased after her, waving to Pete before he cut her off to push open the door for her. She brushed past him and started down the block at a brisk pace. He trotted alongside her and finally managed to grab her hand.
She stopped to look at him. “Why are you doing this?”
“I told you,” he whispered, squeezing her hand too tightly when she tried to pull away. Her petulant attitude was risking his life as much as hers. “We have to look like a couple. For your safety, if nothing else.”
She nodded and stopped struggling against his hand. “Fine. But do we have to talk?”
“No,” he relented.
They walked along in silence for a couple of blocks. He could feel the tension buzzing off of her, like static electricity.
Just a few hours ago, she’d been ready to fuck him.
Now she despised him. It wasn’t exactly a feeling he was comfortable with.
And that in itself annoyed him. He was doing his job. There was no reason to feel guilty.
“You need to be able to trust me,” he finally said, to which she snorted. “Okay, I get it—I have no right to expect that,” he sighed. “But whatever you think of me, I’m good at my job. I really am a nice guy, you’ll see. I swear I’ll never let anything, you know, happen to you. You have my word, not that it means much to you.”
She looked at him closely as they stopped in front of her building. “Trust is not my strong suit. Don’t ever lie to me again, Boy Scout.”
“I won’t. Promise. And I quit after Cub Scouts.”
That worked. He could tell she was trying not to laugh when he leaned in, putting his lips against her ear. “Now let’s pretend we made up, shall we, sweetheart?”
He put his hand on her jawline, annoyed when it trembled slightly, beyond his control. He touched his lips to hers, gently, teasing. She sighed, almost like she was annoyed, but opened her mouth and leaned into the kiss. She even gripped his T-shirt. He smiled against her as his tongue met hers.
One hand slid down to her ass and she arched into him for a second, pressing her whole body against his . . . and bit down hard on his bottom lip. He winced, tightening his hand on her hair until she stifled a grimace of pain.
He let go and stepped back, smiling. She smiled back.
“You’re not forgiven,” she whispered, then turned and trotted up the steps, disappearing into the door without looking back. He braced his hand against the stoop railing, trying to catch his breath.
He was in trouble.