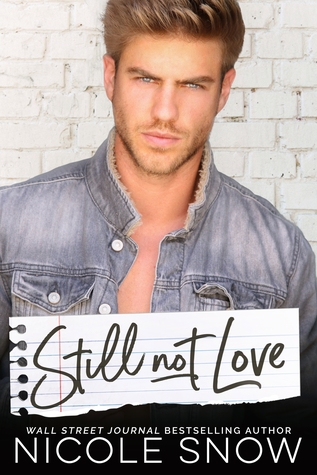 
Not the heck again. I’ve had my alpha-jerkface fix.
Now he’s my sworn protector…

I’m about to go nuclear.
Yet I have to smile and pretend I won’t slap him into the next century.
James Nobel and I have history.
Raging hearts. Dueling kisses. Firestorm nights.
A man like him breaks laws with that suit and that smirk.

How could I ever forget my first?
Or pelting an Adonis with balled up love notes in class?
We were young and dumb and lied about forever.
Spoiler alert: he did the lying. Then he disappeared.

Maybe I always wanted to know why, but not like this.
James, my personal bodyguard.
James, my flipping bunkmate in a luxury cabin for newlyweds.
James, who still makes me crave one more night of bad decisions.

Even worse, we’re snowed in with my VIP father and his scary friends.
It’s a date with chaos. And Mr. Hell No Hero-Man makes me do the asking.
What if there’s more to us than scalding banter and I-hate-you glares?
What if there’s still – do I have to say it – love?


From Wall Street Journal bestselling author Nicole Snow – a category five enemies-to-lovers swoon-storm. Watch what happens when irresistible alpha charmer has to fight to win back the woman who got away. Full length romance novel with a Happily Ever After squeal or ten.

Goodreads / Amazon
—
EXCERPT:
Faye’s Point of View (our heroine)
I’m still mulling my career prospects when a new shape catches my eye. I suck in a deep, trembling breath.
There. It’s him.
The driver’s side door of the lead SUV opens, and even the way the door opens reminds me of those meticulous, careful movements, like he’s aware constantly that his own body is a blade and with the slightest wrong movement, he could destroy an innocent bystander.
It’s an instant slug to my gut. Something between hate and sad and longing.
Even dressed for the weather in black gloves and a thick jacket over his suit, he’s neat and crisp and so perfectly put together. That subtle air of menace around him always reminds me exactly why girls always love those sinister, elegant, wickedly sadistic movie villains.
It’s not just that he looks like he could kill a man with his pinky finger.
It’s that he looks like he could twist your body up into a million knots without even trying, and then smile in that slow, serpentine way he has as you explode into stars everywhere and completely fall apart. He could be Lucifer himself, fallen angel and master of hell. Or maybe just the quintessential bad boy.
Unfortunately for me, the way my lungs pull tight and the heat in the pit of my belly, tells me far too well how true that is.
James Nobel is dangerous in more ways than one.
He’s a complete and utter demon in bed, and he’ll make you develop kinks you didn’t realize were possible. My toes scrunch and I’m instinctively biting my lip.
I had no idea, until one fateful night on a training mission, that I apparently have a thing for lying naked and vulnerable under a fully-dressed man in a three-piece suit, while he strokes every inch of my body, slips his fingers inside me, works me into a fever, and then leaves me breathless and hovering on the edge.
Refusing to bring me over the edge until I admit in broken, gasping whispers that I need him, crave him, can’t live another second without his fire.
He’s got such sensitive hands, too. Hands that can play a woman’s body the same way he plays piano keys…and he used them ruthlessly.
Until I came completely undone. Always after I thought I’d gotten under his skin and broken his control.
Instead, I’d only learned he was just as good at controlling my body as he is at controlling his own. 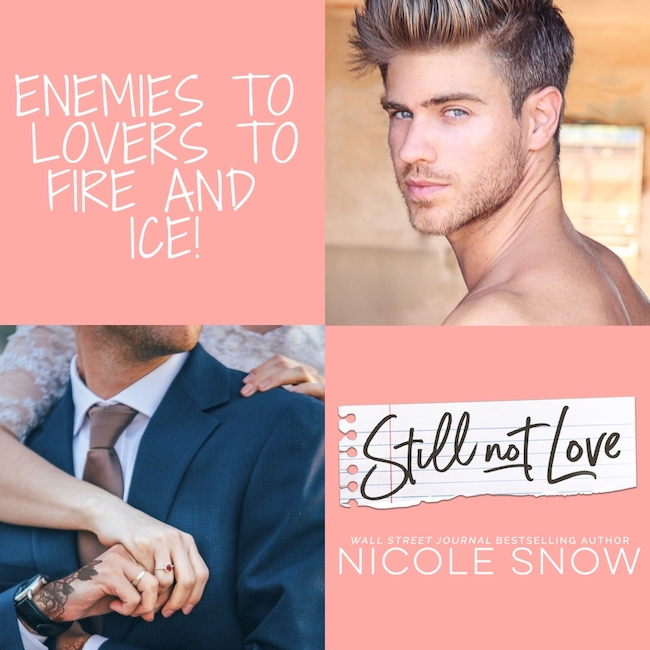 
Nicole Snow is a Wall Street Journal and USA Today bestselling author. She found her love of writing by hashing out love scenes on lunch breaks and plotting her great escape from boardrooms. Her work roared onto the indie romance scene in 2014 with her Grizzlies MC series.
Since then Snow aims for the very best in growly, heart-of-gold alpha heroes, unbelievable suspense, and swoon storms aplenty.