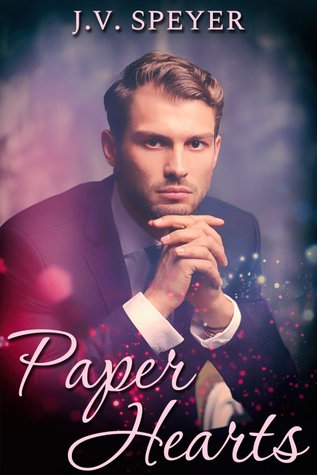 A divorce lawyer with a romantic spirit. A cynical television executive who thinks commitment is for fools. They can’t fight their attraction, or their affection. Can they find a way to reconcile their vastly different needs, or will each of them walk away from the best thing they’ve ever had?
Jordan might be a divorce lawyer, but he’s a hopeless romantic. He doesn’t see the two as incompatible, either. He’s never had a relationship last long enough to be with someone on Valentine’s Day, but he’s still hopeful he’ll find the one out there somewhere.
Sam is an executive vice president at a major television network. He spends his days managing programming, much of it centered around romance, and he knows exactly how fake television romances are. His own background of rejection only cements his views on the fleeting nature of affection.
They meet by chance, when Sam’s sister and best friend file for divorce. The divorce is messy, and Sam and Jordan are thrown together often enough to try to make a relationship work. When the winter holidays roll around, the difference in their expectations comes to the fore.
Can Sam overcome his fear of commitment – and rejection? Can Jordan get over his need to define their relationship? Or will they both lose the one thing in their lives that made them happiest?

J. V. Speyer has lived in upstate New York and rural Catalonia before making the greater Boston, Massachusetts area her permanent home. She has worked in archaeology, security, accountancy, finance, and non-profit management. She currently lives just south of Boston in a house old enough to remember when her town was a tavern community with a farming problem.
J. V. finds most of her inspiration from music. Her tastes run the gamut from traditional to industrial and back again. When not writing she can usually be found enjoying a baseball game or avoiding direct sunlight. She's learning to crochet so she can make blankets to fortify herself against the cold.