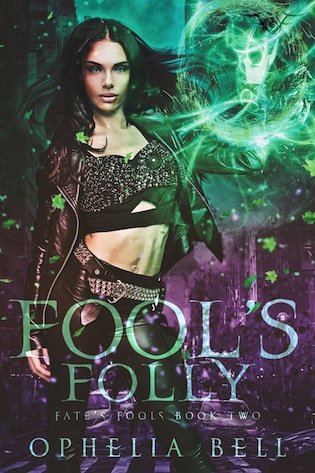 Don’t f*ck with Fate.
Deva Rainsong has found her dragon soul, but she still feels incomplete. As a chimera, bred in a lab from the blood of all four higher races and human blood combined, it will take no less than a fragment of a soul from all five races to complete hers.
Yet even as she starts to believe that she can finally be complete and all her powers awakened, her hopes are dashed when the second soul gift she receives comes with unexpected side effects. And to top it off Fate itself has redoubled efforts to seek out and destroy all the members of the bloodline.
Fate doesn’t like loose ends, and Deva’s very existence is upsetting the balance. Will she be able to strike a compromise or be forced to run to escape Fate’s wrath?

—
EXCERPT:
He propped himself up on his elbow and grazed his fingertips over the upraised golden glow of the matching mark he’d given me the night before. “Mated,” he said, his lips curling into a smile. “Marked. Soul bound. Or if you like human terms, wedded.” His teasing fingers strayed lower and I arched up, eager for his touch as he traced light circles around my nipple. “You are mine, Deva,” he said, dipping his head and replacing his fingers with his tongue. He continued to speak, his lips grazing over my hard nipple. “But more importantly, I am yours. I will always be yours no matter how many dreams you have of the others or how many join us in the flesh. I’m not that easy to get rid of.”