BOOK BLITZ: The Dirty Ones by J.A. Huss #GIVEAWAY 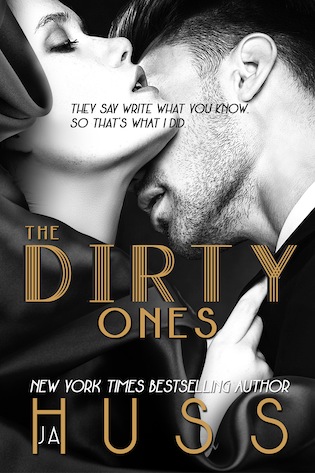 They said write what you know so that’s what I did. I wrote dirty, I wrote erotic, I wrote the truth.
And then they called me a liar. But it’s not me who’s lying, it’s them.
Our story isn’t for everyone. It’s not even for us.
So if you’re looking for the fairy tale and the stupid prince on his dumb white horse, move along. You’ve got a hold of the wrong book.
This is not your story, this is not your life, and this is not your opportunity to dip your frightened little toe into the dark pool of water and “try new things” and then pull it out and decide… #NotForMe.
When you go in with us you go all in. So make a decision before you turn this page.
Because I’m making one promise with this book.
Just one.
We are The Dirty Ones and this is our truth.

The Dirty Ones is a brand new dark romance about the secret world of erotica authors. 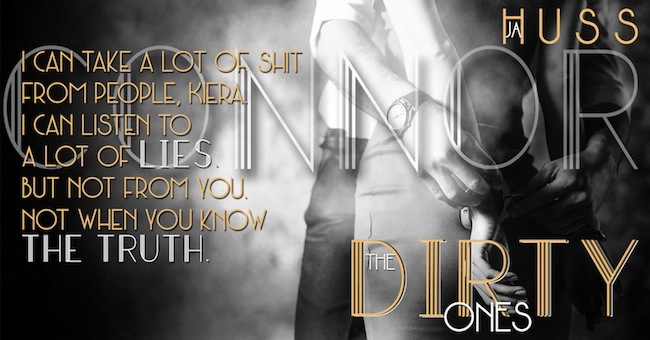 —
EXCERPT:
In my dream we’re dancing. It’s a party, but not one I was ever at with them. Everyone is here. Hayes, Connor, Bennett all wearing tuxes. Me, Camille, Sofia all wearing gowns. They are the gowns we found in the basement room that first night with Louise.
I stop dancing when I realize that. I’m partnered with Bennett for some reason, which is also confusing. So I look around, searching for Connor, then Hayes. Connor has Sofia pushed up against a wall, his hand hidden beneath the long flowing layers of her elaborate skirt. Her head is tilted upward, mouth slightly open. And he’s whispering something in her ear.
I’m jealous, but turned on. So I lead Bennett over to them and take my place next to Sofia against the wall. Someone is kissing me. Bennett, or Connor, or maybe Sofia—but then I realize it’s Hayes. His soft lips caressing the side of my neck. His soft words wrapping around the tender skin of my ear just like Connor’s words wrap around Sofia. “Do you like it?” he asks. “I want you to like it.”
“What are we doing?” I whisper back. “When did this become who we are?”
And Hayes says, “It’s not real, so don’t worry about it.”
But it feels real. Camille is kissing Bennett now, her body pressing up against mine. Her soft, full breasts are bare. Somehow she’s gotten herself naked. And in my dream I laugh at that. Because it’s so typical of Camille to just take off her clothes and be indiscreet.
And then we’re all naked. All twisted together in the sheets of some giant bed. Camille’s bed, I realize. Now we’re at her Christmas party. And there’s butterflies in the air. Clear-winged butterflies like the ones at Connor’s parents anniversary. Dozens of them. No, hundreds of them. Their soft wings flutter around my hot, feverish skin like a summer wind. Making a cool breeze that feels so good.
But it’s not the butterflies. It’s Connor, blowing air across my pussy as his tongue laps against my folds, looking for the sweet spot. And when he hits it, I buck my back.
But Bennett is there, whispering, “This is wrong. This is so fucking wrong.”
And I reply, “Shut up,” because I’m irritated that he’s ruining the feeling of Connor between my legs. “Just shut up.”
And then he and Camille are gone and I get this weird feeling that they’ve left us. They figured it out—this wrongness—and left us.
But Hayes is there, saying, “Shhh, they don’t know anything. Don’t worry.”
But I do worry. Because I want to know what they don’t know. And Hayes is the secret-keeper and he’s close now. So close. “What don’t they know?” I ask him.
But Connor steals the words from my mouth with a kiss and it’s too much. I forget about my questions and how none of this makes sense and say, “It’s just a dream.”
And Sofia is touching me now. She was always so careful when she touched me, afraid she might do it wrong. But I used to tell her, “There’s no wrong way.” And that always made her happy for a little bit.
Which makes me think about her sadness. And her books. Those books she writes. The dark, sexy stories that steal your life away for days, or months, or years. And I say, “When did you change?”
And she just looks at me with her sad, sad smile that’s on her face so often now, I’ve grown used to it. She says, “You know when.”
But I don’t. I don’t really remember anything except that tower. And the book I wrote. And those dresses down in the basement. Why were there dresses in the basement?
“Kiera?”
It makes no sense at all. Why that guy had dresses. Did he have a fetish?
“Kiera?”
But they weren’t dresses, were they? They were costumes.
“Kiera!”
I open my eyes to find Connor on top of me. Holy shit, this is real. 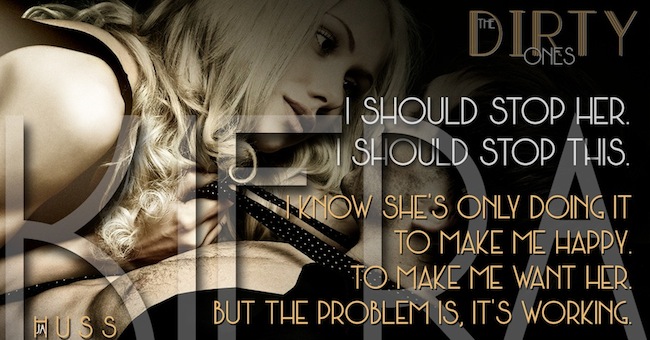