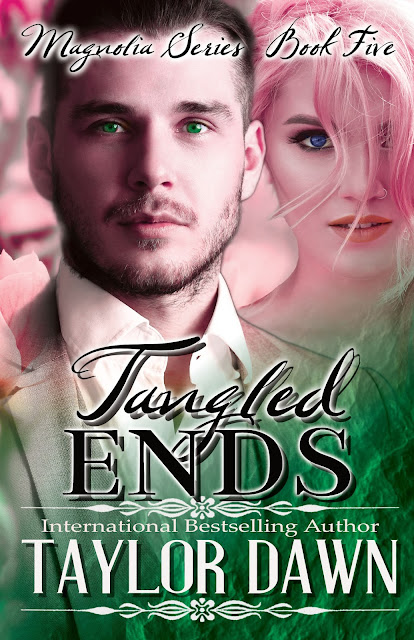 Liam McDermott of the DEA had one job. Bring the infamous hacker, Kat McCormick to the FBI field office in Biloxi Mississippi. With her secure in handcuffs, Liam finds himself running from the people who want her dead. He must protect her no matter what, but can’t resist the temptation of the pink haired tech wizard. Lives are on the line as he races the clock to help bring down one of the biggest human and drug trafficking rings in the United States. Can he slay his attraction to Kat long enough to get the job done? Or will he end up in an even more tangled web than before?

Kat McCormick has spent her life hiding behind strings of binary code and screen names. Her hacking ability is second to none but soon she finds herself stumbling across information that puts her at the top of someone’s hit list. As she dodges bullets, Kat fights the brewing attraction to the Agent in charge of keeping her safe. Can she open up her heart and mind to help bring down the bad guys, or will she tuck tail and run like she’s done most of her life? Follow Kat and Liam as they try to unravel the truth in the fifth and final book in the Magnolia Series by Taylor Dawn.

“I DIDN’T DO ANYTHING WRONG,” Kat McCormick screamed as the handcuffs constricted around her slim wrists. The grating click of the metal resonated through her entire body as the ramifications of her crimes slammed into her. She had been careful in staying under the radar in the past couple years but now, she found herself with her face pressed against the dusty hood of a DEA agent’s car. Hacking used to be a way to make quick cash but now, it could have her on the hook for murder.

“You’re full of more shit than a Thanksgiving turkey.” Liam snickered. If she thought she was getting off that easily, she had lost her damn mind. “We traced your IP address which was linked to the framing of Agent Remington Archer of the FBI. I don’t know what world you live in, but setting up someone to take the fall for murder isn’t cool.” He added.

“Anyone can piggyback off my IP address. There’s no way you can prove it was me.” She jerked around as he led her to the passenger seat of his new Camaro.

“Then I guess you’ll have to sit in lockup until we can prove it, huh?”

“Your insults don’t phase me, Miss McCormick,” he laughed as he opened the car door. “Think you can sit in the front seat and behave yourself?”

“Bite me,” she sassed with a venomous look on her smooth face.

“I’ll take that as a maybe.” He helped her into the seat, grabbed the seatbelt and pulled it across her.

“If you touch my tits, I’m filing a harassment suit against you.”

Placing his face just an inch or so away from hers, he said, “If I intentionally or accidentally touch your breasts, Miss McCormick, I have no doubt that you’d like it.” He smiled.

“Are you trying to make a pass at me while I’m handcuffed?”

“Whatever. Even if you were the last man on this earth, I would never be desperate enough to go near you.”

She glanced down at the front of her shirt, then back to his face. “That has nothing to do with you.”

“Keep telling yourself that, Sweet Pea.” Liam stood upright. Shutting the door, he then rounded the hood of the sports car and stood at the driver’s door with his phone in hand. Hitting the speed dial, he waited for an answer on the other end.

“Agent Archer,” the man on the other end said.

“Hey, it’s Liam McDermott from the DEA. I have Kat McCormick in custody, I’ll be dropping her off in about an hour.”

He hung up, opened his door and slid behind the wheel. Liam had been keeping tabs on Kat for the past two years. Her genius level hacking skills had landed her in an interrogation room more than once but somehow, she walked away scot-free every damn time. This time, however, he had her, lock stock and barrel. The pink haired hacker was taken down with the help of Caden Madden, one of the best hackers on the entire planet. He also happened to be the younger brother of Agent Ryan Madden of the FBI. McCormick was on the hook for aiding deceased, human and drug trafficking kingpin, Alastair Bordeaux. She was apparently his go-to gal when he needed something done having to do with computers. According to her bank account, he’d paid her well too. Liam hoped the computer techs would be able to pull valuable information off the numerous computers that were seized at Kat’s hideout. With Alastair Bordeaux dead, the focus was shifted to his partner in crime, Dmitry. They still had yet to uncover the last name for the other man which made it difficult to track him down. The human trafficking industry was growing by leaps and bounds in the United States. Cities that were near major ports seemed to be the central hub for that kind of criminal activity. Liam had originally been investigating the influx of heroin in Biloxi Mississippi, with it leading to the discovery of the human trafficking trade. He now worked side by side with the FBI field office to help bring down the culprits. Bodies were piling up and someone had to put a stop to it. Girls as young as thirteen were bought and sold to wealthy individuals and most ended up dead when they’d served their purpose. Kat was in deep shit for the part she played and Liam wanted to see her put behind bars for the rest of her natural born life.

Ava Greenwood never dreamed she'd be standing at the bus station in Chicago running away from the counterfeit life she'd thought was perfect. On a whim backed by fear, Ava chooses Biloxi Mississippi. Now, the sweet hairstylist must assume a new identity and hope her old life doesn’t catch up with her.

Luke Daughtry has been sent to track Ava down. He has one mission…find the petite blonde and make sure she doesn’t leave the Magnolia State…alive. Everything changes when sparks fly between the two and Luke has doubts about the job he’s been paid to do.

Follow Ava and Luke as they scorch the south and tie up loose ends, in this sweltering romantic suspense from International Bestselling Author, Taylor Dawn. 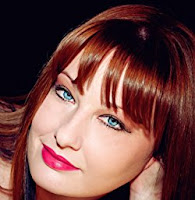 International Bestselling Author Taylor Dawn began writing as an item to check off her bucket list. She resides in the southernmost part of Illinois, right on the mighty Mississippi river. She enjoys the quiet country life with her husband, son and the many farm animals that make up the rest of the family. Deciding that farm life was just a little too mundane, Taylor began writing romance and fantasy to liven things up, so far so good. Before starting her writing career, Taylor entered the field of cosmetology. When she isn't writing, she can usually be found sitting around a table making people laugh. She has always wanted to be a standup comic. She loves pulling practical jokes, dresses up in a costume every Halloween and believes that dancing is the key to a happy life (even if you aren't a good dancer). She believes that life shouldn't be taken too seriously, we will never get out alive anyway. More than anything, she is a kid at heart, she doesn't believe in bedtimes, eating everything on her plate, or having ice cream only for dessert. Her favorite quote is by Dr. Seuss..."Why fit in, when you were born to stand out."