Available from: Amazon, Kobo, Barnes and Noble, and TWCS PH

~~EXCERPT~~
It was when he brushed his hand down her cheek that she felt his tenderness firsthand. It was a slow caress she hadn’t expected from a man with so much strength in him. Isidora leaned into his touch. “I know you won’t.” She closed her eyes. If this was as far as he’d allow himself to go, it was enough for her. 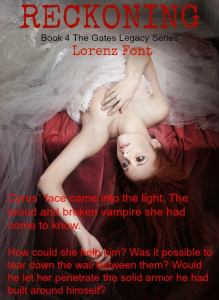 “Issy, you have no idea what your offer is doing to me.” Cyrus’ breathing grew ragged.
“What am I doing to you?” She opened her eyes just in time to see the hunger etched in his face, his fangs elongating until they were punching his lower lip.
“You make me want to rip off your clothes. Stop teasing a hungry dog with a big bone.”
In this quiet moment, Cyrus was all she wanted. The air grew electric, and the magnetism between them was undeniable, so strong she could touch it. Her gaze slid down to the massive tenting in his pants and couldn’t deny her own hunger. “You’re going to kiss me.”
“Damn right I will.” He closed the small gap and crushed his mouth against hers, his kiss hard and filled with urgency.
Issy rode the tide, tasting, stroking, and feeling the jolt of life from his lips. She pressed her body closer, but he ended the kiss abruptly. Way too soon.
“You better run, little girl.” He turned away.
“I’m not going to run. Take what is freely given to you.” She touched his shoulder, caressing the taut muscle.

~~OTHER TITLES IN THE SERIES~~ 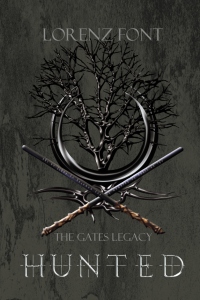 ~~SUMMARY~~
The vampires of New York City are breathing easier after the demise of the tyrannical former head of the Vampire Council, Goran. Under Rohnert, the revered and newly ascended leader, their future looks promising. However, an unknown enemy is manipulating events, killing humans and vampires alike, and exposing their secrets to the human world.

This is bad news for new vampire Cyrus and his band of fighters at Tack Enterprises. Events derail his plans to find Zane, the sadistic vampire who tortured Cyrus and forced immortality on him. Armed with hatred deep in his bones, all Cyrus cares about is getting even, and Zane has it coming. Cyrus soon finds himself torn between the crippling desire for revenge and his responsibility to his friends. When he begins to spend time in the company of the beautiful and pureblooded vampire, Isidora, her presence in his life makes him rethink his priorities.


Isidora is able to read minds. The thoughts she hears from the respected and irresistible vampire, Cyrus, are filled with both anger towards Zane and a deep admiration for her. Being closeted all her life, Issy has no idea what to do in the face of the outside world’s war, death, and challenges. One thing is clear. She craves Cyrus, but his need for vengeance is clouding his mind. After discovering a previously hidden family member and being called to serve the Council, Issy is at a crossroads in her life and struggles to find the right path.
Both vampires face tough choices. Should Issy pursue her feelings for Cyrus or wait until he can return her affection? Will Cyrus deny his attraction to Isidora so he can kill the man who made his life a living hell on earth? Every decision leads to a reckoning.

Lorenz Font discovered her love of writing after reading a celebrated novel that inspired one idea after another. She is currently enjoying the buzz from her vampire novels Hunted, Tormented and Ascension, Books 1-3 of The Gates Legacy Series, Feather Light, an erotic romance, Indivisble Line, a romance thriller and Pieces of Broken Time, a military romance.
Lorenz’s perfect day consists of writing and lounging on her garage couch, aka the office, with a glass of her favorite cabernet while listening to her ever-growing music collection. She enjoys dabbling in different genres, with an intense focus on angst and the redemption of flawed characters. Her fascination with romantic twists is a mainstay in all her stories.
Lorenz lives in California with her husband, children, and two demanding dogs. She divides her time between her full-time job and her busy writing schedule.

~~OTHER TITLES BY THE AUTHOR~~ 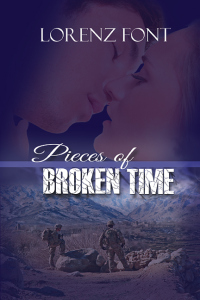