Boring and comfortable. Dakota Asher functions best under a structured routine. However, her mundane life has other plans as she violently loses the love of her life. Realizing the boring lifestyle now only leaves her with her own, crippling thoughts, Dakota puts a new plan in motion.
Adrenaline.

In that moment I knew I would always love Scott, but I had come to terms with his death. What I was struggling with now was the guilt.

Ford turned and gazed at me. His magnetic eyes were now stormy and dark.

“Dakota, there’s nothing I can say that would keep you from beating yourself up. The way I see it, the ball’s in your court. You’re either in the ring or you’re on the sideline watching. That’s no way to live. It looks like you’re trying, and to be honest, that’s all a person can do, keep moving forward. I know it’s easier said than done, but it’s live or die. There’s no in between. There’s always going to be hurdles, hopefully nothing of this magnitude, but you have to look at it like everything is outside of your circle. You have to choose one thing at a time to bring in and deal with. If it’s too much or overwhelming, you kick it back out.”

I was fixated on him and his unexpected words of wisdom. “Something tells me there’s some deeply rooted baggage behind that advice.”

“Without a doubt.” Ford turned and positioned himself in front of me. “But I’m not so sure this is the right time or not.”

My chest felt weightless, the air bouncing around on the inside leaving me winded. “What if I told you it was the perfect time?”

He pressed himself against my bare legs. “I would say you’re a smart lady. Who am I to argue?” He used his weight to make my knees fall to the sides. He leaned in further and I felt the heat rolling off his skin.

Ford’s eyes locked on mine as he moved in to claim my lips. The pressure from his sensual mouth bit at my sensitive bottom lip, but I didn’t care. The taste of Shiner was enthralling. I wanted more. I wound my arms around his hard, muscular neck, pulling him in closer. My body begging for more.

Gasping for air, I dug my fingers through his short hair. The muscles in my body contracted as his rough hands skimmed my upper thighs.

Heat surged to the apex between my legs.

“Shit, I can’t get enough of you. It’s messing with my fucking head.” Ford took a step backwards. His excitement was obvious by his aroused cock straining to break free, which only made me wetter.

“But it’s okay, really. I want it. I want you. Don’t you feel the same way?” There was a pinch in my chest, like a knife nicking at my heart.

He lowered his head to make eye contact. He took my face in his hands. “So much it fucking hurts to breathe right now.” 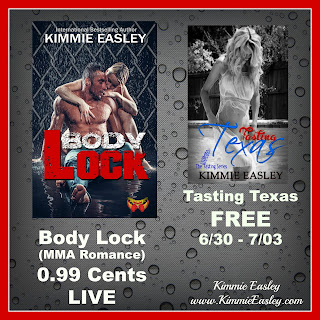 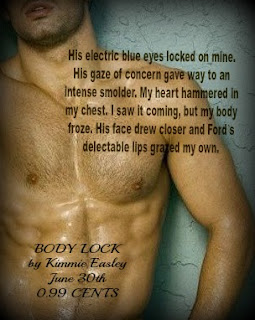 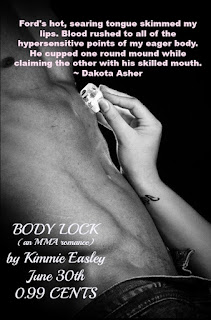 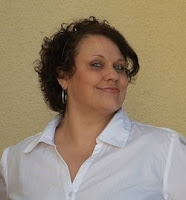 Kimmie is an Amazon International bestselling romance author who grew up traveling the country, rarely settling in one place for much longer than a minute. Being no stranger to heartache and love, she allows her unconventional life to fuel her writing.

Kimmie is addicted to all things books, wine, cupcakes and flip-flops. She is a homeschool momma, southern wife and pug wrangler.

Kimmie can be found somewhere in the south writing wine worthy stories.