A "manny" should always mind his own business. And he definitely shouldn’t fall in love with his boss.

Gwen Stone has secrets she’s not ready to reveal. After a recent promotion at work, she needs a caretaker for her children. She’s frenzied and in a lurch and pretty much ready to hire the first person who comes along. So she does. Andrew Lyons needs to get out of his sister’s apartment, and a Craigslist posting may be the answer to his prayers. But what he thought was an ad for a room rental turns into a job offer he can’t refuse. Accepting the nanny position could change his life, if only he had a clue how to be a grownup. A working mother, a shirtless “manny” who looks good in a towel, two children who need more than a babysitter, and hours of kids’ TV can only spell disaster for everyone involved. Because a manny should always mind his own business. And he definitely shouldn’t fall in love with his boss.

This is my first time reading Ms. Johnson's work, but it will not be my last. *ponders how to find time to read copy of Beatless mocking me from my bookcase*

Seriously, people, if you like a feel good story with a creative cast of characters, you can't go wrong with Eight Days a Week. It'll make you laugh, cry, and root for the little guy. Or, erm, not so little . . . sorry, Don.

Andrew ‘Dee’ Lyons enters the story as your typical “trust fund, its all about me, rich boy” who has run out of his play money. If he wants to get his hands on the rest of his inheritance, he’s going to have to grow up. Insert an interfering sister and a Craigslist ad, and watch the hijinks and mayhem ensue. Starting with the interview where Dee first lays sight on Gwen Stone, becoming tongue-tied and landing himself a job as a nanny, erm, manny. 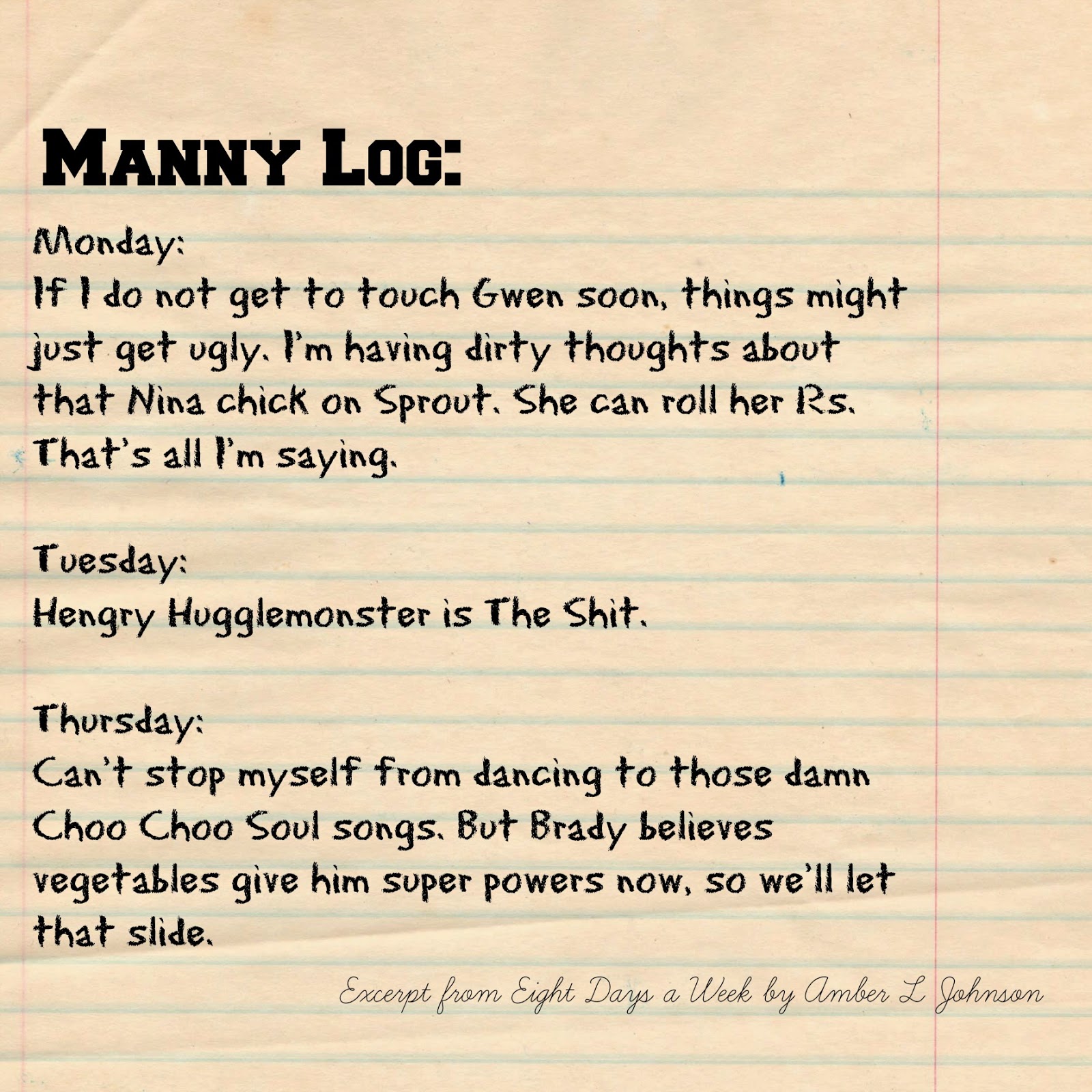 There’s no other way to put it, except that I loved this story. It had all the right elements to keep me engaged and involved in what was happening to the characters. While Eight Days a Week is not an erotica, there are intense sexy moments (some interlaced with rather humorous moments as well!), therefore making this an adult read. As a mother of three, the scenes involving the kids were priceless, and spot on. 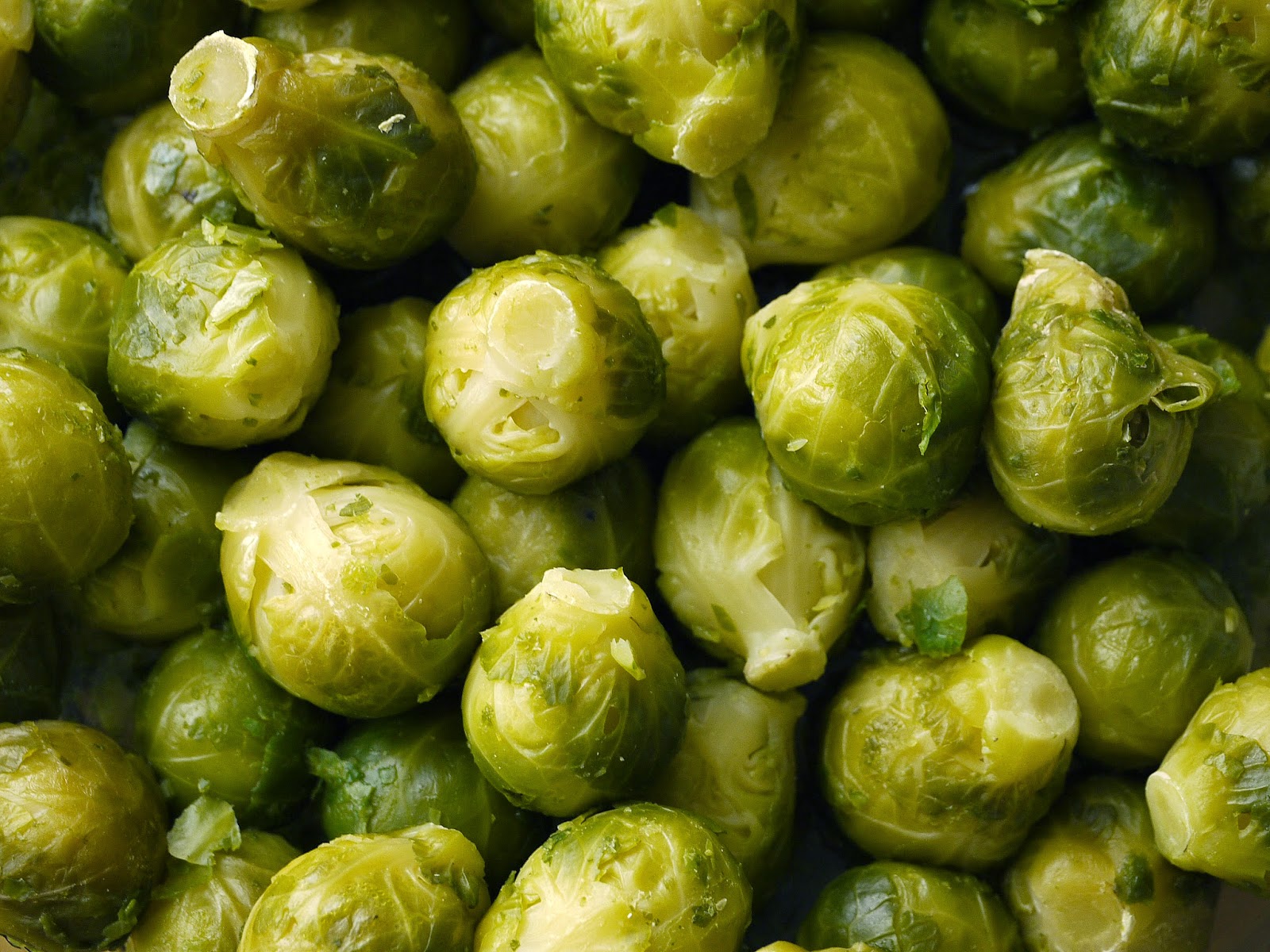 
Amber is a full-time mom and a full-time wife who is employed full time and writes when she can. She believes in Happily Ever Afters that occur every day—despite the obstacles real life serves up on a regular basis. Or perhaps they’re sweeter simply because of them. She always has two rubber bands on her wrist, a song in her head, and too much creamer in her coffee cup that reads ‘Cocoa,’ because she’s a rebel. If she’s not at her desk, with her boys, or behind the computer, she’s supporting live music with her arms raised above her head and her eyes closed, waiting for the drop.


Praise for Eight Days a Week
"Laugh-out-loud story about a guy who goes to look at a room to rent and discovers it comes with a job - that of live-in nanny to two damaged kids. So Andrew Lyons accidentally becomes the "manny". Written in his POV, this book chronicles his hilarious escapades as he looks after and grows to love Bree and Brady, and his employer, Gwen. His pranks and spot-on observations about kids' TV shows had me giggling, but there were a few serious moments worthy of a sniffle as well. The star of the show may be Don, though - you'll just have to read this book to find out about him! Highly recommended."
- Andrea Goodreads Review
Posted by From the desk of... R.E. Hargrave at 11/06/2014 02:00:00 AM