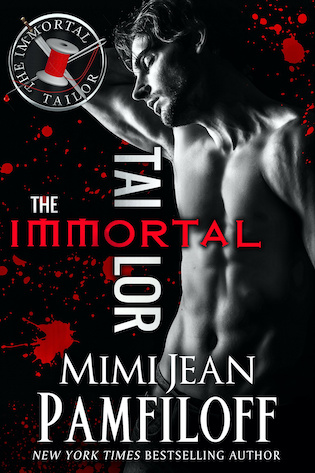 THE IMMORTAL WORLD IS IN TROUBLE, AND THE GODS DEMAND . . . THEIR TAILOR COME TO THE RESCUE?

Long ago, Damien Greystone hung up his guns, knives, and rope for the quiet life of a tailor. Sure, his clients now include the likes of bloodthirsty vampires, a hair-obsessed Bigfoot, and fourteen insane deities, but at least Damien doesn’t have to kill anymore. And, sure, he’s been cursed to live alone for all eternity, but nobody’s life is perfect. Right?

Unfortunately, his monk-like existence is about to come to a screeching halt. The gods’ powers are on the fritz, and they’re demanding his help.

But when Damien starts investigating, he meets Sky Morales, a beautiful journalist who’s up to her ears in danger (and one very aggressive fairy). He has no choice but to dust off his weapons.

Can he protect her without getting too close? Because his “curse of solitude” doesn’t negotiate, and bad things will happen to Sky if he so much as feels a flutter of affection.

And as if that pressure weren’t enough, his precious store is being looked after by a love-sucking demon and a punk chick who has a knack for insulting everyone. Bigfoot isn’t pleased.

The sooner Damien can get this job done, the faster he can get back to his peaceful life. If only he weren’t enjoying getting his hands dirty again. Just like the good old days that got him in trouble.

No. No. Not attractive. Especially her full lips and ample bosom. She was plain, unremarkable, and definitely not worth looking at. At least, that was the lie he needed to tell himself. His lust was a luxury she could not afford.

Keep it professional, Greystone, he told himself.

From her photos on social media, he’d say she was a size ten and enjoyed provocative yet professional clothing—tight tailored skirts, snug satin blouses, lots of cleavage. Not so unusual for someone in the public eye. An independent journalist and entrepreneur with a popular news site, coveted for non-biased reporting: Sky’s Fresh Air News. Transparent, nonpartisan, and independent.

What he found unusual, however, was how Sky had recently received national recognition for publishing a series of investigative reports exposing sex traffickers in California. Why would a woman just hitting her stride professionally go public with a wild story about a winged creature attacking her?

According to the police report and the interview she gave several weeks ago, she had been shopping with her sister at SouthPark Mall, near Cleveland, Ohio, when she was attacked in a sporting goods store.

Yes, that sporting goods store. Named after a penis.

It was a well-known fact that sex fairies were drawn to places with sexy names: Hand Job Nail Spa, Dirty Hoe Garden Supplies, and Master Bait Tackle Shop, to name a few. Then there were the towns: Climax, Colorado. Bald Knob, Arkansas. Mary’s Igloo, Alaska. Sugar Tit, Kentucky. If the name sounded dirty, a sex fairy could be found nearby despite the lack of anything particularly sexual occurring in these places.

No one ever said sex fairies were smart.

But back to Sky. She gave intimate details of trying on a swimsuit for an upcoming camping trip with her sister and nephew. She claimed she slid the bikini bottoms over her underwear and suddenly felt something moving around.

She pulled the bottoms down to find a purplish winged creature about the size of a hummingbird. She screamed, swatted at the thing, and fell down, only to have it dive into her panties, where Sky wrestled with the thing and managed to keep it from, well, doing what sex fairies did.

Interesting. Sky’s account of the attack sounded legitimate. Sex fairies were known to get aggressive when startled or afraid. Simply put, they looked for the nearest place to hide. If it happened to be a human orifice, so be it.

But had this been a fairy attack, or had the creature been frightened by something? 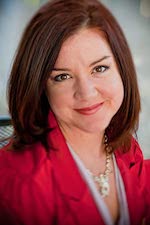 MIMI JEAN PAMFILOFF is a New York Times bestselling author who writes insane plot twists that will have you burning through the pages. Whether it’s Romance, Suspense/Thriller, or Fantasy, there are always big heroes to root for, smart and resourceful heroines, and a ton of heart pumping excitement in every story.

Mimi lives with her extremely patient husband (“Be right there! Just one more page, honey!”), two pirates-in-training (their boys), and their three spunky dragons (really, just very tiny dogs with big attitudes) Snowy, Mini, and Mack, in the vampire-unfriendly state of Arizona.