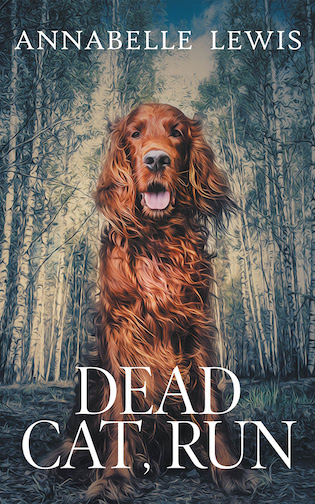 You’re where you’re meant to be. Run, if you can.

High school senior Jenny Gallagher’s psychic abilities have made life in her small New England town rocky. Her premonitions and déjà vu have given her a reputation, one she’s not happy with. Tragedy is about to strike, however, and oddly, this time, she doesn’t see it coming. Is her gift betraying her?

Not far from Jenny, Wellesley Professor Maximus Dyer also has a gift—a painful and useless one. His ability to see the past has brought him insight into history, but otherwise, he’s never known what to make of it. The psychic shocks he receives through his unprotected hands have made any genuine human relationships beyond his grasp. Then someone who doesn’t trigger a vision enters his life—a dog?

Sidrah Keeling runs determinedly optimistic throughout her life, trying hard not to ask the big questions about why. Her foresight, her ability to see glimpses of the future in her dreams, often drives her to follow a path she doesn’t understand. Alert and listening, with the guardrails of security she’s erected in place, she’s forced again to follow her dreams. This time to a man. Who is he?

Lurking deep in his sensory deprivation tank, Turner Black sees it all. Born out of the great chaos of time, he once again feels the forces of good gathering to move against him. Not in this life. This time, his darkness will reign supreme. The hunt for his antithesis will begin again now. He can’t wait to feel his opponent in destiny bleed.

A fast-paced contemporary mystery thriller with a supernatural hierarchy, Dead Cat, Run will keep you up all night, glued to your seat.

Max humped his way through the Wellesley College campus center, yanking his backpack onto his shoulder when it began to slide. Hungry—no, scratch that, ravenous—he snarled in frustration that he couldn’t jump in line at the pizza stand and grab a slice. He’d need to wait until he got home. He frowned, remembering he had no ready food there either. As he rounded past the heavenly smells from the greasy Chinese buffet, someone called his name, and he slowed.

Inwardly, he rolled his eyes but stopped, forcing a look of tolerance onto his face. He didn’t recognize the student, but then, he usually didn’t. It was better to avoid eye contact with the nubile freshmen. Many young girls throughout his career had presumed there was something other than scholarly interest lurking there. He tried everything he could to discourage them.

Now, though, forced to a standstill in their territory, he could have almost predicted what would happen next. Once he stopped, not one, but several young, eager smiling faces peered up at him with their batting lashes and flirty looks. It was exhausting.

“What is it?” he practically barked.

“Office hours are posted online,” he said roughly. Regrettably, he only saw looming interest and blushing cheeks. The heat rising around the group was practically tangible. He had to get out of there. He began walking away, but out of guilt, he turned his head back. “Make an appointment. I’ll speak to you then.”

Did he hear giggles? For God’s sake. Don’t look back again. He wondered for the thousandth time if working at a women’s liberal arts college was a bad idea.

He cleared the union without further intrusions and got out into the street. He put his head down as he walked across campus, then grabbed a beanie out of his coat pocket and shoved it on. No need to bother with the gloves. He wouldn’t be touching anyone.

Looking forward to getting home, he rounded the corner of a busy street near his parking lot and ran into a group of men in suits. His backpack fell to the ground, which caused some of his items to spill out. He cursed softly as one of the men knelt to help him retrieve his gear. But then, out of nowhere, a large reddish dog shot between them, grabbed a pair of his gloves, and took off.

“Hey!” Max stood and then ran after the dog. Not more than a few long strides later, the game of chase stopped. He stared with horror as the dog ran into the street, mindless of the oncoming traffic.

“No!” He threw up his hand and yelled. His heart in his mouth, he watched in slow motion as a car slammed into the dog. He dropped his pack on the sidewalk, ran into the street, and screamed at the traffic. Everywhere cars came to a screeching halt.

His pulse raced, tears choking him as he reached the dog, hesitating only a second before he laid his hands—uncovered—without thinking, onto the soft fur. The gloves the dog had been carrying lay near her front leg, which was bent at an odd angle. Blood, too, was coming from somewhere.

“My God,” Max cried. His hands, his uncovered hands, ran down the dog’s body—without receiving a vision. Marveling at the empty sensation, he gently touched the dog’s face. The beautiful beast looked at him and released a small, pitiful whimper. She licked Max’s hand softly and closed her eyes.

Max closed his eyes, and momentarily dropped his head back with the wonder of the moment before he regained his senses and began to scream at the driver, who had been hovering nearby. He gently stroked the dog, cooing to her with tender words. Where are her tags? Where had she come from?

The only answer he had was that no one nearby came running to claim her for their own. From that moment on, Max took charge, yelling instructions. He’d see that the dog got help. Nothing in the world was more important. Annabelle Lewis—a pseudonym for the author—lives in Minneapolis, Minnesota. Regrettably? Perhaps. She still believes she’s a Texan even though the math no longer supports that. Nor her birthplace. Nor her residence. No offense, Minnesota. You’ve got your good points too, but only about six months of the year.

In her youth, Annabelle was a complete failure. Ask anyone who knew her. Any of her teachers and family would tell you this. High school graduation was a sad day for all when Annabelle walked proudly off the high school stage, her thoughts consumed with boys, beer, and after-parties, and later into the arms of her parents. Her father’s laughter and singular remark? “I didn’t think you’d make it. Get a job at the post office, they have a good retirement plan.”

A high bar and words to live by, but Annabelle wanted more. She needed to flunk out of college too. But damn, she sure did have a good time. Trivial arrest records not-withstanding, it was a growth period for our girl. And if you look closely, you’ll see a bit of what was to come when she majored in criminal justice. Her lifelong aspiration was to become a judge. Hmm.

For better or worse, Annabelle didn’t graduate from college but did find gainful employment and a fulfilling career. This path ended when she became a mom. Married to her wonderful George, who to this day can hardly remember an actual proposal, Annabelle finally became a mother. She didn’t have a clue how hard she would need to work to keep those self-imposed requirements of Downey-fresh, iron-pressed sheets, home-baked meals, and mom-of-the-year awards arriving. She composed a small self-affirmation song and made her children sing it to her for money. She was a very good mom.

After clearing the largest hurdles of motherhood and regrettably, begrudgingly, and not-without-tears, launching her children onto the world, she looked around and realized she had a lot to say. Picking up a laptop, she got to work.

Annabelle spends her days continuing to tackle the challenges of motherhood, for both her humans and canines. She also writes. And reads. And cleans. And cooks. And bakes. And cleans again. She also supports her husband, George, in an administrative capacity for their small business. She’s in charge of payroll and cuts George’s checks. This leads to no marital acrimony.

In the beginning, with the blank page staring at her and possibly in a hostile mood after being literally mauled by a dog and by the world in general, she had an idea. What if she could wield a force of good upon unsuspecting evil-doers? What if she had the resources to get the job done without dealing with committee and anyone else’s whiney-ass opinions?

It was gold. It took off. Annabelle sat down and began to write and couldn’t stop. To date, having written over a million words in the Carrows Family Chronicles and her second series on the Boston Clairvoyants, several items have become quite clear. Annabelle had a lot to say. Annabelle really enjoys writing. And although she hates all things technology, she begrudgingly pounds her head on her desk daily as obstacles are thrown in her path. Almost a hero.

Since entering her world of make-believe, she has rebelled against all intrusion of real-world responsibilities. Her house is a mess, but she tries. Her family is fed, but more often than not, on takeout. She vows to shower every day, but no, it’s a vow she’ll never keep. Her friends are neglected, but not in her heart.

Read her mordacious blog! Read her books! Follow her on social platforms! Sign up for her newsletter! These are all good things. What are you waiting for? Jump into bed with Annabelle. She’s having a swell time. You should join her.