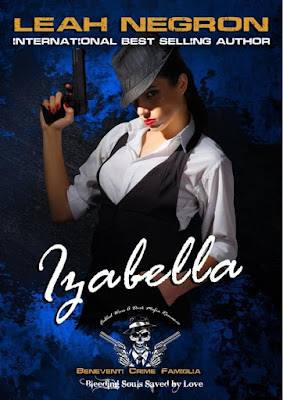 Izabella Beneventi, princess of the Beneventi Famiglia, until the day she saw her mother murdered right in front of her.
Salvatore Beneventi, Izabella’s Father, has been the head of the Famiglia for many years, with hopes for a son, until his wife’s death left him with his beloved daughter.
He raised his daughter Isabella to become the head of the family. But, when another crime family attempts to move in on their territory, will she be prepared to lead the family out of danger?
Izabella and Luca grew up together. As a child, Luca used to tease Izabella, but now that they are older, he tells her he has strong feelings for her.
Can Izabella trust Luca with her heart, or is he only after her to gain control of the Famiglia?
Will the Famiglia accept Izabella as their new boss, or will she be challenged in her new role?
Bleeding Souls Saved by Love! A Fable Retelling of Bambi