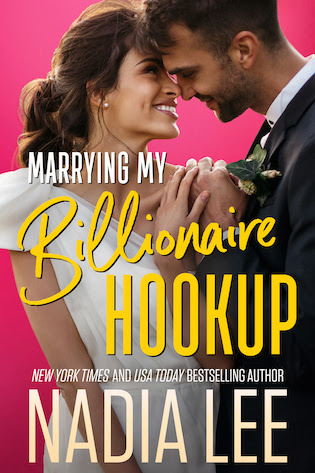 If any of my over-protective brothers ask, I’m pregnant via immaculate conception. Otherwise, the baby I’m carrying could be the death of one hot billionaire…

After a succession of relationships bad enough to set a Guinness World Record, running into a ruggedly handsome billionaire feels like a sign. Edgar is from out of town, mesmerizing, and his voice reminds me of Louisiana heat. Just listening to him makes my toes curl. So I throw aside all caution and spend the hottest night of my life in his bed, knowing we’ll never see each other again.

Until a positive pregnancy test brings him back into my life. And now he only wants to marry me to do right by the baby, but here’s the thing…

I’ll never settle. I want what my parents have: true love. Nothing — not even the electric chemistry that crackles every time Edgar and I are together — will deter me from that goal.

Love is like alcohol. It destroys clarity and impairs judgment. I’ve seen my parents making one bad decision after another in the name of love, destroying our family.

But Jo wants love before she’ll marry me. So I’ll approximate it. Unlike my father, I’ll make sure my child knows she’s cherished (contrary to what Jo thinks, I know it’s a girl). I’m too sensible to fall in love and disrupt my already well-ordered life, even though every second I spend with her feels like skydiving without a parachute…

At the main door, I run into Yuna Hae, the party’s hostess. Her auburn hair is down, and she is in the cutest Chanel dress and shoes. I’ve never seen her look or dress badly—not that I’ve known her for long—and nothing hides her bubbly personality.

“I wouldn’t miss this for the world!” I say, hugging her back. “Is Kim here yet?”

“Nope. She’s being fashionably late, no doubt. But that doesn’t mean we don’t get to hang out and have fun! Come on, let me introduce you to some people.” She gestures, pulling me toward the center of the foyer. “You have no idea how thrilled I am because all of my favorite people are here, even Edgar.”

“Edgar Blackwood. Tony’s older brother. He spends almost all his time running the family business in Louisiana, you know. But I bet he wanted the special treat I prepared!” She waggles her eyebrows.

“A special treat? Like…a cake or something?”

“Oh, you’ll be amazed. It’s awesome.” She taps the back of a tall, dark-haired man. He’s talking with someone, but he turns around, green eyes sharp with interest.

I recognize him instantly. Anthony Blackwood. He’s pretty famous—and infamous—and not only due to his family scandal. He owns some of the best and most popular clubs in the world, including Z here in L.A.

He doesn’t seem as cold as his reputation would suggest, although he’s just as well dressed as the pictures I’ve seen. He’s very handsome, his features finely carved. If it weren’t for the firm lines of his lips and jaw, he’d be pretty.

He shakes my hand firmly. “Anthony. Pleasure to meet you.”

“Ivy’s talked about you. She always appreciates your help.”

My smile grows more genuine. “She’s so lovely.” It’s true. She’s one of the nicest people to work for.

“Have you met my brother?” He gestures at the man he was talking with, who comes half a step closer.

Anthony is certainly handsome enough, but his brother is…

Normally I think clothes make the man, wielding the presence he needs if they have the right combination of color, material and cut. But in this case, clothes seem to be an afterthought. He’s tall, with magnificently broad shoulders that signal power and dominance. He stands with perfect posture, his back straight, his head angled just so to show the bold lines of his facial bones. His features aren’t as elegantly carved as Anthony’s, but there’s rawness to them that’s utterly masculine and hot. And his eyes… They’re green like Anthony’s, but different. Darker, deeper and completely controlled without being cold.

Suddenly, the place feels too hot.

My “no” to Anthony’s question comes out a near-breathless whisper. I clear my throat and add, “I don’t believe so,” then extend my hand. “Jo Martinez.”

“Edgar,” he says, with a hint of a Southern drawl. “Edgar Blackwood.” Dios mío, that voice that should be illegal. It brushes over me, as decadent as velvet, and I suppress a shiver as sensation seems to pool between my legs. How in the world is he making his name sound like my dirtiest fantasy? My grandmother would say he’s sold his soul to the devil.

He takes my hand in a soft fingers-only grip and gently pumps it twice. The contact sends a tingle up my arm, making my neck heat.

“Ooh, how nice. Is that what Louisiana gentlemen say when they meet a lady?”

The green eyes crinkle slightly. “Depends on the lady.”

Oh my God. I bet tons of women sigh over him and make fools of themselves. I don’t want to be a cliché he won’t even remember two seconds from now.

But then I feel it… The soft, slow drag of his fingertips as though he loathes to let me go. And although he’s looking at me calmly enough, I can see a glimmer of heat in his eyes.

So this is a two-way street. And I can see that he knows it. We share a moment that Anthony and Yuna are not privy to, even though they’re standing right beside us.

Solemn and somber is not my type. Usually I date men who are easygoing and don’t take themselves or anyone else too seriously.

But maybe he just takes his responsibilities seriously. If I remember correctly, he’s the eldest Blackwood brother. Rafael acts like the weight of the world rests on his shoulders, so that makes sense. I wonder what Edgar’s like in bed. Is he still serious, even when he’s naked and hard? Does he direct all that serious attention to licking and stroking and fucking?

I try to tamp down a vivid mental movie of Edgar doing exactly that, but desire sparks anyway. I don’t get it. I’m not the type to mind-strip a man I just met and fantasize about him. I’ve had plenty of hot male clients, and none of them made my hormones spin out of control.

“Would you like to get a drink?” he says, holding my eyes.

If you ask me in that voice, the answer will always be… 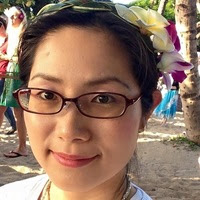 Currently, she shares a condo overlooking a small river and sakura trees in Japan with her husband and son. When she's not writing, she can be found reading books by her favorite authors or planning another trip.