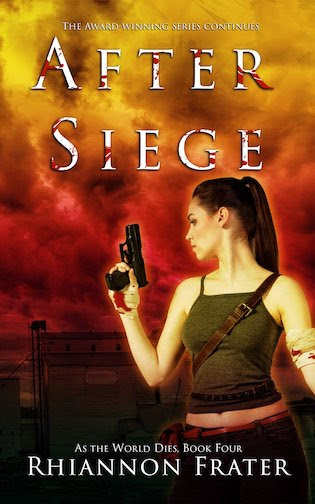 This is the new world.
Not the old.
The dead walk, demand human flesh, and howl at the wall surrounding a Fort on a hill.
A group of Texans stands against the zombie hordes, fighting to create a new community in a dead world. Unknown to them, their legend is starting to spread far and wide.
Emma Valdez’s life was forever changed when the zombies destroyed the world. She spent all her time and energy systematically killing all the zombies in her town while searching for her missing son. After a yearlong search, she finally put him to rest and planned to take her own exit from the zombie infested world. But a dream about a mysterious woman with raven black hair wearing a red sweater compelled her to seek out a community of survivors in Ashley Oaks, Texas. Little did she realize this was the start of a new season in her life.
The Fort inhabitants, meanwhile, deal with the aftermath of the battle they fought against a massive horde of zombies and successfully redirected away from the town. Many mourn the loss of friends while helping repair and rebuild the Fort’s defenses. Danger still lurks on the outskirts of town as the horde continues its trek into the west. Emma arrives just in time for yet another harrowing battle outside the walls.
Guided by Juan De La Torre, who is nursing his own wounded heart, Emma finds her place among the Fort inhabitants and uses her excellent survival skills to help save others. It’s not easy being the newcomer among people who have formed a family since the rise of the zombies. She struggles with adjusting and is not always comfortable with the close proximity of so many other people. But the high walls promise safety and the friendly smiles are welcoming.
When a zombie of a former Fort inhabitant shows up outside the wall, Emma is part of a team that is sent out to investigate what happened to the group that abandoned the Fort before the big battle. What happened to them might alter the course of the Fort forever.

Though safe behind a high wall, hidden from view by the hunter’s blind, and armed with her grandfather’s rifle, her gut told her that shit was about to hit the fan. Without a doubt, Nerit and the others thought they had a good plan. Technically, she could see where it would probably work, but something felt off.

After diverting the massive horde of zombies, the people of the Fort looked exhausted and tensions were high. It was the type of emotional and physical state that resulted in mistakes. It was not an ideal atmosphere in which to make hurried decisions about how to obliterate yet another threat.

Listening to the constant stream of updates over the walkie-talkie, Emma leaned against the rail inside the hunting blind and peered out the open window cut into the fabric. The road ahead appeared clear except for the traps that were covered in cloth painted to look like the road from a distance. The layout was clever, designed to herd the zombies into the razor wire traps by setting off strategically placed fire traps.

Over the walkie-talkie, a man’s voice said, “We have around twenty runners in pursuit. There are some slower ones scattered in the streets, but they’re not an issue. We’re about three blocks away from the traps.”

Emma rested her rifle butt on her hip while she listened. That many runners was a concern no matter how calm the man sounded.

“Runners are kinda smart,” she said, working through her concerns aloud.

In her periphery, she saw Katarina glance toward her. “Yeah. Sometimes.”

“In the early days of the z-poc, they were smart enough to open car doors. That’s when I learned to always lock them. They used tools too. One threw a brick through the window of a building I was hiding in. If these runners are new, they might not fall for the traps once the first one goes off.”

Katarina grunted. “Shit. You got a point.”

“Yeah, but if you’re right this might not be as easy as we thought. Let me call in.” Katarina tugged the walkie-talkie off her belt. “These last few weeks have got us burned out. We don’t need to be making stupid mistakes.”

Emma was uneasy expressing her concerns. Being known as the zombie killer of an entire town was not something she was comfortable with at all. People could get the wrong impression about her and assume that she was some kind of know-it-all. She hoped she wasn’t coming across as arrogant or condescending.

Again, Emma experienced a twinge of unease. Maybe it was because she wasn’t used to working with other people. Being responsible for only her life was vastly more comfortable than worrying about others. At the same time, it would be foolish to dismiss the longevity of the Fort in a dangerous new world. It was formidable, an impressive testament to the tenacity of the inhabitants and the effectiveness of the leadership. 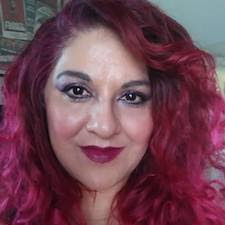 Rhiannon Frater is the award-winning author of the As the World Dies zombie trilogy (Tor) as well as independent works such as The Last Bastion of the Living. She also co-hosted the ZCast: a Z Nation Fan Podcast, interviewing the cast and crew of the SyFy show. Born and raised in Texas, she currently resides with her husband and furry children (a.k.a pets) in South Texas. She loves scary movies, sci-fi and horror shows, playing video games, cooking, dyeing her hair weird colors, and shopping for Betsey Johnson purses and shoes.