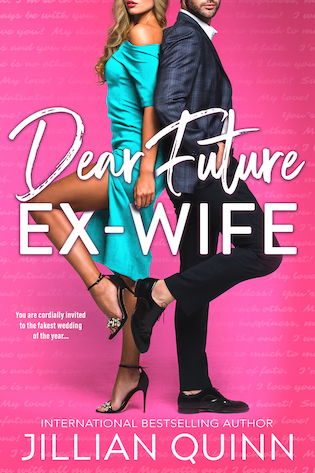 I, Harley McQueen, do not take Nathan King to be my husband…
I wish I could say no to this wedding. But to save our fathers’ company, my ex-best friend needs a fake bride to bail him out of his latest scandal.


Nate has a reputation with women.
I want the promotion my father has denied me for years.


Together, maybe we can make this fake marriage work.
As long as I don’t fall in love with him…
Again.

Goodreads / Amazon / Bookbub
—
EXCERPT:
“Hey there, Queen,” Nate says as he approaches me with a wicked smile on his handsome face. “You look happy to see me,” he jokes, wiggling his eyebrows.
My throat closes up at the sight of him. His dark, wavy hair is gelled and styled to perfection. Tall and muscular, he fills out every inch of the navy suit that molds to his body. Women drool over him now, but I know the nerdy boy who had hair that would never stay put. His teeth were such a mess, he wore braces until our sophomore year of high school. And for a few years, I was several inches taller than Nate. But now, when he leans in to hug me, he has to dip down to meet my height.
He towers over me, his masculine scent filling my nostrils as he kisses my cheek. My skin tingles from the unexpected contact. Heat rushes to my face, which is now on fire from his delicate touch. He’s only doing this because he knows I won’t make a scene in front of our families. Nate takes every opportunity he gets to irritate me.
For as much as I hate him, I still miss him. So, when I hug him back it’s a real one. I don’t want to let him go, and the feeling seems to be mutual.
Nate clutches me, his fingers digging into my back. “You look good,” he whispers against the shell of my ear, sending chills down my arms. “I can see the Pilates paid off.”
I gasp at his comment.
Nate laughs in response.
Damn him.
I hate showing that he has any effect on me. More than anything I wish he didn’t have a single ounce of control over me. But he does.
Nate tugs on a strand of my hair, twirling it around his finger. He did this when we were kids because he thought it was funny when I slapped him. My former best friend was an oddball. And now, he’s doing it to torment me. Men like Nate can smell desire on women. He damn well knows I think he’s hot. Nate looks like a walking orgasm in his expensive, silky suit that was tailor-made for him. Everything about him screams sex and money.
“Let’s get started,” my dad says, snapping me back to reality.
I flick Nate’s finger, and he drops his hand to his side. He stares me down with his hauntingly beautiful eyes. When I turn my back to Nate, Stefan is still standing behind the chair he rolled out from the table for me.
Nate sits across from me, though no amount of space is enough because I can practically feel the heat from his gaze rolling down my arms. Our parents get comfortable at the heads of the table, my dad to my left and Richard on the right. Nate’s wingtip hits my heel under the table. I ignore him as he taps me again. A few seconds later, his silky dress sock slides up my calf. I stare across the table at him, and he challenges me with one look.
Do it, his eyes demand. Fight me, Queen.
I hold my breath when his foot grazes my inner thigh. His gaze is pointed down the table at my dad, but I don’t miss the corner of Nate’s mouth lifting slightly into a satisfied smirk. He wants to play with me.
Game on, King. 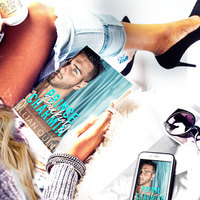 Jillian Quinn is an international bestselling author of contemporary romance. Her books are light and funny but also on the steamy side. So, don't be surprised if you have to fan yourself with your Kindle.
As a lover of coffee and a collector of book boyfriends, you can find Jillian most days, thinking about her next romance novel as she pours another cup.