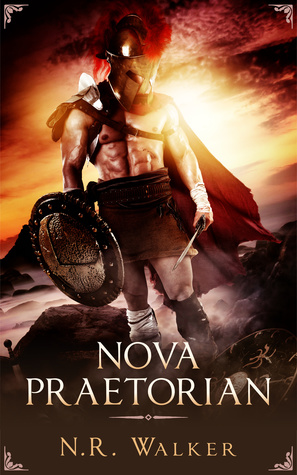 Quintus Furius Varus is one of the best lanistas in Rome. Tall and strong in build, fearsome in manner, and sharp of wit, he trains the best gladiators bound for the arenas of Rome. When Senator Servius Augendus seeks personal guards, he attends the Ludus Varus for purchase of the very best. He puts to Quintus an offer he cannot refuse, and Quintus finds himself in Neapolis, contracted as a trainer of guards instead of gladiators.
Kaeso Agorix was taken from his homelands of Iberia and delivered to Rome as a slave. Bought by a senator to be trained as a guard, his fate is handed to the man who would train him. Absent free will, Kaeso knows his life is no longer his own, though he soon realises the gods have favoured him when he learns his new master has a kind heart.
Quintus and Kaeso forge a bond that far exceeds the collar at Kaeso’s neck, and together they discover the senator’s move for promotion has an ulterior motive. Thrown into a world of politics and conspiracy, of keeping enemies close, they move against time to save Rome before traitors and the gods themselves see to their end.
And in doing so, see the dawn of the nova praetorian—the new guard—rise.

Goodreads / Amazon
—
EXCERPT:
Kaeso was again the first to arrive in the training yard, and this pleased Quintus. “I trust the morning sees you well.”
Kaeso acknowledged this with a nod. “And you?”
“Quite.” Quintus held back the smile that threatened his lips and threw a rudis to Kaeso. “Do you favour odds against me when it is us alone? A practice round, perhaps?”
Kaeso caught the wooden sword with ease and smiled. “I have no coin and can wager only pride.”
Quintus grinned at his offer accepted. “Pride is a price we both can afford to pay.”
They stood facing each other, practice swords at the ready. Circling at first, daring to see who made move to strike. Quintus could see strategy in Kaeso’s eyes, and as the smaller man lunged at him, Quintus laughed as he deflected easily, rounding upon him to make contact at his ribs. “Leave your side open for attack like that and your innards will find the dirt at your feet.”
They circled each other again, Quintus seeing every move of foot, every flinch of muscle, every intent in Kaeso’s eyes. They struck again, countered, attacked, and defended, and Kaeso kept favouring a rounded strike. Again and again he made the same move, and just when Quintus was about to reproach him for a foolish tactic, he sidestepped, feigned defence, then moved to attack as Quintus was caught off guard.
He struck the rudis to Quintus’ ribs without force. It was a fair strike. A good strike.
Kaeso stood back, wary and fearful, and he lowered his weapon. Quintus was surprised to be hit, yes. But also pleased. He let out a laugh. “The rabbit shows cunning.”
“You are not offended?” Kaeso asked.
“Offended only at my own mistake.” Quintus’ grin widened as he raised his rudis and resumed position. “Again.”
By this time, the other five guards had appeared. Upon seeing the two men fighting, they were alarmed but soon realised it was only sport. The more the two men lunged and struck, parried and deflected, the more Quintus laughed and Kaeso smiled.
“You hold back,” Kaeso said, easily deflecting a move.
“How so?”
“If you held true concern, you would be absent a smile.”


Quintus lowered his rudis and stood to his full height, their sparring over. “And I would be a fool to think you showed full force in return also.”
Kaeso lowered his head as if to hide the beginning of a smile, but he did so without answering.


N.R. Walker is an Australian author, who loves her genre of gay romance.
She loves writing and spends far too much time doing it, but wouldn’t have it any other way.


She is many things: a mother, a wife, a sister, a writer. She has pretty, pretty boys who live in her head, who don’t let her sleep at night unless she gives them life with words.
She likes it when they do dirty, dirty things… but likes it even more when they fall in love.
She used to think having people in her head talking to her was weird, until one day she happened across other writers who told her it was normal.
She’s been writing ever since…