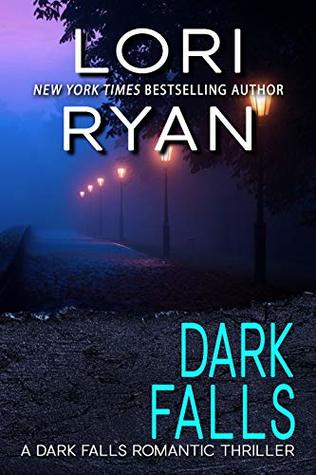 A cop hunting a violent thrill seeker. A woman from his past. Will their history and heated attraction put his case on ice?
Detective John Sevier never wanted to be anything but a cop. When a string of jewelry store heists threatens the woman he let get away years before, he’ll stop at nothing to bring the adrenaline junkie gang leader to justice.
Ava McNair never looked at her life as a sacrifice. She loves taking care of her dad and running her family’s jewelry store with her special needs sister. So what if that meant dropping out of college and leaving behind a man who just might have been the one? When fate gives her and the detective who got away a second shot at love, will she step up and take it or will life tear them apart again?
With Ava in the path of a killer, will John be able to move fast enough to take down a violent man set on wreaking as much damage as he can before he goes down?
Grab Dark Falls from NY Times Bestselling Author Lori Ryan and get ready for a night of “one more chapter” reading!
Dark Falls is the first book in the gripping new Dark Falls, CO romantic thriller series by Lori Ryan, Trish McCallan, Becca Jameson, Savannah Kade, Lisa-Marie Cabrelli, and Sandra Owens. Don’t miss a book! 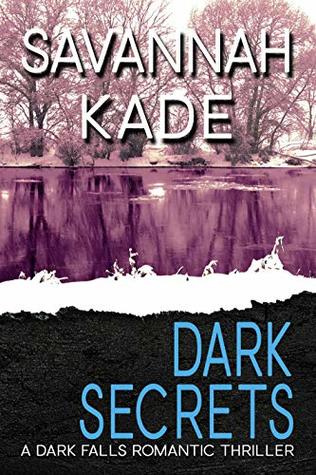 When Grace Lee storms into the Dark Falls Police Department, heads turn. But she only has eyes for Detective Nate Ryder—the officer who closed her brother Jimmy’s case too quickly, declaring his death a suicide rather than a murder. As a forensic scientist, Grace thinks the signs are obvious, the trick is convincing Nate.
Nate has to admit Grace’s argument makes a lot of sense, and he feels obligated to revisit the case. The problem is, while he’s following the old evidence, she’s collecting new samples—and putting herself in danger from the same organization that killed her brother. Jimmy was definitely onto something before he was murdered. Now, Nate has another worry: some of the new evidence Grace has found points back to members of the Dark Falls PD.
As strange coincidences turn deadly, Nate has to become Grace’s protector. They don’t know who they can trust and who they can’t. Will Grace and Nate be the next victims in a massive cover-up? Or can they figure out which cops are dirty fast enough to stay alive?

Ava McNair smiled as she watched the couple leave her store. She loved seeing couples find the perfect engagement ring to start their lives together. These two were young, but she could see the devotion in the way they looked at each other.

Grace didn’t usually spray luminol and pull out her black light when she entered a motel room. But today she held the light up and frowned at the blood revealed by the generously applied chemiluminescent.
Old blood was everywhere. Small spots peeked out from under the edge of the bed where the old polyester blanket touched the carpeting. It looked to Grace as though something had happened in that spot and the bed had simply been moved.
In one corner, another streak of luminol glowed cautiously, the remnant of a merely passable scrubbing. Some of the luminescent spots revealed that her suspicions had been correct about the old carpeting, about this motel room, and about the stains.
Crap. This was the last thing she needed. She’d requested this room specifically. She didn’t always spray Luminol and pull out her black light when she rented a room. Then again, she couldn’t recall ever renting a room this awful in her life. She could imagine Jimmy here, though. If he was on one of his serious benders this would be nothing. Unfortunately, that meant there was nothing obvious here that supported her theory about her brother. She’d have to wait for lab results.
“Oh, Jimmy,” she lamented out loud to the dark room. “What did you get yourself into?”
The way her heart clenched couldn’t be stopped. No matter what the room looked like, no matter what she might be able to prove, none of it would change the facts. Jimmy was dead. Gone, after a life that had been a struggle from the beginning and continued to be one well into adulthood. Grace blinked back the tears that threatened.
Many people didn’t know what it was like having an addict in their lives. They were lucky. Addicts stole, they lied, they betrayed. And they often left you with only one option—completely cutting yourself off. She hadn’t been able to do it. Neither had her parents. So they’d all suffered alongside her little brother.
But, dammit, she’d really thought these last five years had seen a turnaround. He’d been clean and four months shy of his five-year chip. But the Dark Falls Police Department had written of Jimmy’s death as just another junkie overdose. Case closed.
Grace wasn’t buying it. Jimmy wasn’t using again. She knew it. She’d spoken to him just a few days before he died.
No one would believe her. No one did. Even her parents were skeptical, but she believed. She’d lived with Jimmy, and watched him turn to alcohol at age ten, then cocaine at thirteen, she’d gotten good at spotting the signs. Lots of siblings did. Sometimes parents tried to deny it. They turned their kids away, or they made up excuses and always believed the best. But siblings of addicts had a radar for it. Their investment was entirely different from a parental bond.
Grace knew. She’d talked about it in Al-Anon meetings. She’d gone steadily for almost two years, then off and on for another handful. The siblings of addicts all had similar stories. They knew. They could tell when their brothers or sisters were using again. Grace couldn’t count the number of times someone had showed up at a meeting with a suspicion, then even several months later said, “I was right.”
She’d had that feeling about Jimmy before. It happened the first time he’d gotten clean. He’d stayed clean for six months before relapsing. The second time—after their parents had paid to put him through an expensive rehab program—he’d stayed clean a year and a half. But Grace knew that his eighteen-month chip was an excuse to celebrate, to think he’d been cured only to have him slide back. But she didn’t have that feeling. Not this time. The third time seemed to have stuck.
Jimmy had moved to Dark Falls, something their mother had protested with every fiber of her being. He should be close to home. Part Vietnamese, part Chinese, and gay as the day was long, Jimmy wanted to get out of the South. Grace understood. She’d supported him. They texted daily, and she talked to him just a few days before he died. She did not believe he was using again.
She’d even demanded a full autopsy. She checked off her mental list as she looked around the room at the various splotches her quick test had revealed. She’d want samples of them all. Jimmy’s death was listed as an overdose. Had there been fresh blood, the police wouldn’t have been able to write it off so easily.
Grace had only pulled out the Luminol on a whim when she’d seen the dark patches in the carpeting. It could have been wine or cheap beer, but her senses told her to test it. Shit. She looked around behind her, holding the light up. A lot of it was faint, old, but she needed to know what it was.
She had her work cut out for her.
After gathering samples from at least five spots around the room—samples that she highly suspected would be all different—she turned off her black light and clicked the regular light back on.
Surveying the horrible room she didn’t want to be in, she pulled out her phone and called her oftentimes partner, Brad, back home. “Brad, I was right.” 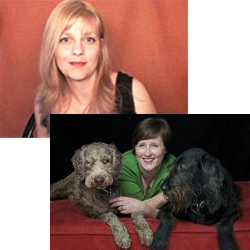 Author Bios:
Savannah Kade grew up in East Tennessee and started writing when she was only 8 years old. It was a romance for the ages, but it will never see the light of day. She's been writing ever since and fighting for heroines who are quirky but not dumb, heroes who are real men, and for love stories that are more than just a cute trope. She now lives outside of Nashville with her amazing husband and 2 kids. She can usually be found working on her next novel.
Website / Facebook / Twitter

Lori Ryan is a NY Times and USA Today bestselling author who writes romantic suspense and contemporary romance with steamy love scenes and characters you won't want to leave in the pages when the story is over.
Lori published her first novel in April of 2013 and ​has fallen in love with writing. ​She is the author of the Sutton Capital Series; the Heroes of Evers, Texas; and the Triple Play Curse Novellas, a set of novellas with sexy baseball players at their core as part of Bella Andre's Game For Love Kindle World. She has also published in Melanie Shawn's Hope Falls Kindle World and in Robyn Peterman's Magic and Mayhem Kindle World.
She lives with an extremely understanding husband, three wonderful children, and two mostly well-behaved dogs in Austin, Texas. It's a bit of a zoo, but she wouldn't change a thing. She loves to connect with her readers. Follow her on Facebook or Twitter or subscribe to her blog.
Website / Goodreads / Facebook / Twitter