L@@K at ME! Unexpected Gifts by S.R. Mallery #GIVEAWAY 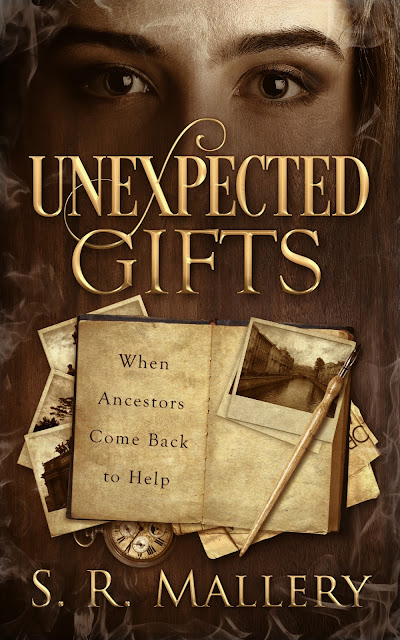 A TRUE AMERICAN FAMILY SAGA: Can we learn from our ancestors? Do our relatives’ behaviors help shape our own?

In "Unexpected Gifts" that is precisely what happens to Sonia, a confused college student, heading for addictions and forever choosing the wrong man. Searching for answers, she begins to read her family’s diaries and journals from America’s past: the Vietnam War, Woodstock, and Timothy Leary era; Tupperware parties, McCarthyism, and Black Power; the Great Depression, dance marathons, and Eleanor Roosevelt; the immigrant experience and the Suffragists. Back and forth the book journeys, linking yesteryear with modern life until finally, by understanding her ancestors' hardships and faults, she gains enough clarity to make some right choices.

“First thing I killed was no kind of thing at all. It was an enemy
soldier, which was a hell of a lot easier to say than the first thing I ever killed was a man.”
--Steve Mason

“...Nearing the village, we passed women in their beige tunics, black pants, and Sampan hats, shouldering thick bamboo rods weighted down by buckets of water. Most kept their heads lowered as they walked, but the few who didn’t, stared up at us with dead, black-brown eyes and pressed lips. The afternoon was drawing to a close by the time we reached a village compound that reeked of nuoc maum rotten fish sauce and animal dung. An old, leathery woman, squatting by her hooch was our welcoming committee, but once she saw us shuffle by, she scurried back into her hut, clacking loudly in Vietnamese as chickens pecked at rice granules, bobbing their heads up and down in 2/4 time.

Carbini cut to the chase. “First, pull every one of those gooks outta their hooches, then line them up here,” he barked.

I watched my troop comb each thatched home, rounding up families of all ages and herding them out into the open like a cattle drive in Oklahoma. I, too, started the mission and stooping into one of the huts, saw a young woman sitting on a straw mat, eating some rice in a black bowl, a young child at her side.

She was exquisite—the best possible combination of French and Chinese ancestry, with such delicate features, she made my heart ache. My immediate instincts were to protect her and her son from Carbini and this horrendous war, but she just gazed up at me, emotionless.

I could hear Carbini yelling orders to get a move-on, and I signaled this girl, this treasure, to follow me. She shook her head vehemently, and curled her legs around her son. I motioned again, but still, she refused. I froze, unable to think, but when Carbini popped his head in the doorway and snarled, “Weylan!” she got the message and followed me out.

Whimpering slightly, she joined her fellow villagers, gripping her child’s hand and wiping off a tear that had slid halfway down her cheek. I suddenly pictured slave owners in pre-Civil War days and felt my lunch rise up in my throat.

He opened up one of my backpack pockets, yanked out my Zippo lighter, and shoved it into my face. Immediately, you could hear the snap of pockets opening and boots shifting. We were getting ready to Rock ‘n Roll.

Carbini was first. He marched over to a hooch, flipped on his Zippo, and carefully lit the underbelly of its thatched roof. It smoldered for a few seconds, a thin, rising wisp of smoke twisting in the tropical air. From that, a flame grew, nibbling at the straw with a low, blue heat before suddenly bursting into a torch, arcing up towards the sky in a yellow-hot blaze.

Carbini turned to us and nodded, his eyes glazed. This was our cue, yet I spun around to search for the girl, who was at the back of the pack, crying softly as she hugged her son. I glanced over at some of the other men, their hands jammed deep into their pockets, and decided to follow their lead. The fire was raging full force on each hooch now, the thatch and bamboo crackling like a 4th of July fireworks display, leaving its reflections in the villagers’ eyes and turning the sky dark with thick, bulbous smoke. 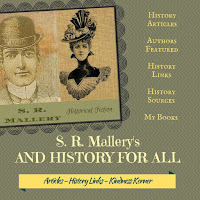 S.R. Mallery, Gold Medalist winner of the 2016 READER'S FAVORITE Book Awards for Anthologies, has been labeled nothing short of 'eclectic'. She has been a singer, a calligrapher, a quilt designer, and an ESL teacher. As a writer, History is her focus and is woven into her stories with a delicate thread. When people talk about the news of the day, or listen to music, Sarah's imagination likens the story to a similar kind of news in the past and is conjuring up scenes between characters she has yet to meet.

⟸ Interested in learning more about S.R.'s love for history. Visit her website and travel through her passions of the past.