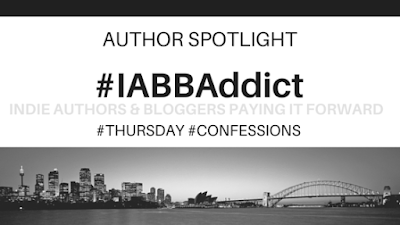 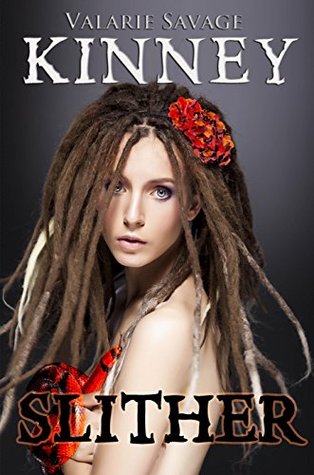 Synopsis:
We're often told tales of the underworlds to feed the darkest corners of our nightmares. We tuck them away with the sunlight and laugh away the fear our minds created. But the daylight offers no relief for Zari. She's hidden her waking nightmare as nothing more than a damaged past. The venom of her secrets consumes her, as well as those she cares for most. Emmett, the love of her life and the only one with a past dark enough to respect her space, becomes a pawn in the war against the demonic force which is her bloodright. Can Zari overpower those out to get her to feed on the innocent? Can she save Emmett from the evil of Slither?

Zari clawed at her sister, Gianna, in a desperate attempt to escape. Gianna ran her forked tongue slowly across her upper lip. The slimy, berry-colored muscle dripped hot saliva onto Zari’s face as she turned away from Gianna’s menacing glare. “Please don’t make me watch! I don’t want to see this again!” Zari cried, curling into a ball on the hard, cold floor of the shed.Nan stomped on Zari’s stomach, anger flushing her grizzled features. “Listen, you little bitch. You will sit still and watch, or I will see to it your father beats you senseless…again. Remember the last time?” Zari did remember. She’d not been able to walk for two days after the last beating. The pain in her gut now was so great it knocked the air from her lungs as she wheezed.


Zari whimpered. Pain, shame and disgust clenched her stomach as the young man tied to the pallet in the corner screamed for mercy. Pop straddled the man, laughing as his prisoner frantically thrashed about. Nan and Gianna gripped Zari’s arms and forced her to a sitting position. Roughly grabbing her chin, Nan yanked her head forward. “Watch!” Nan hissed.The man’s body had stilled and dark, thick rivers of blood dripped from his mouth and nose down the side of his face. Pop’s mouth pressed against the lips of the stranger as the serpent fed. When her father finally rose, the snake slid back into his mouth and Pop wiped the blood from his lips with the back of his hand. He met Zari’s gray-green eyes with his own, and grinned. His teeth were stained dark red.
Terror shook Zari’s bones, leaving her shivering as she raised her eyes to the scene in the corner of the shed. Pop ran his thumb over the lips of the man, who cried out once more but was quickly silenced when the snake burst forth from Pop’s mouth and slithered down the throat of the man, a drifter who had stopped by the farmhouse the day before, looking for work.Gianna’s split tongue flicked against Zari’s ear; the feel of the wet, dual points of it against her skin made Zari flinch. “Soon,” Gianna whispered, tracing the outer edge of Zari’s ear with her tongue. “Soon, it will be your turn to feed.” Pop shoved the limp body of the young man onto the pile of human shells stacked along the wall of the shed.Overwhelmed by the stench of blood and decaying flesh, Zari began to vomit. Vile chunks of rancid meat erupted from her mouth and bile burned her throat and nose as she heaved. Grimacing, she dragged the hem of her shirt across her mouth, resolving never to eat meat again.

Valarie Kinney is a writer, fiber artist and Renaissance Festival junkie with a wicked caffeine addiction. She resides in Michigan with her husband, four children, and two insane little dogs. Author of Slither and Just Hold On. Editor and narrator for Dragons of Faith.