Six months after meeting Beth Huntley, William Lorde's world is full of bright and vibrant colors. The only darkness that exists hangs over Beth. Her refusal to believe that she can walk in the light side by side with William only makes him strive harder to prove otherwise.

Beth keeps a deep secret locked away, the very secret that makes her believe that she's not worthy of a happily ever after. She is convinced creating a life with William will only make him the man he was when they met.

Suddenly her past creeps back, threatening any chance she and William might have. Will she finally let down her last wall and allow William in? Will she accept the support and protection of those who love her most? Can she truly have a life full of colors and the joy of a forever? Or, will her past destroy it all? 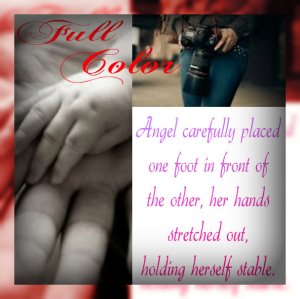 Traci Hayden is a mother of four beautiful girls and one adorable granddaughter and a gorgeous baby grandson.

She has always had a passion for reading, but recently the obsession for writing has taken over.

As a Nova Scotian native now living in British Columbia, Traci has travelled across Canada, fuelling her imagination from coast to coast.

Along with two dogs and two cats, Traci's home is shared with her partner of 17 years. He is her rock and constant support.

Traci loves all genres of writing, but currently is exploring the world of romance.